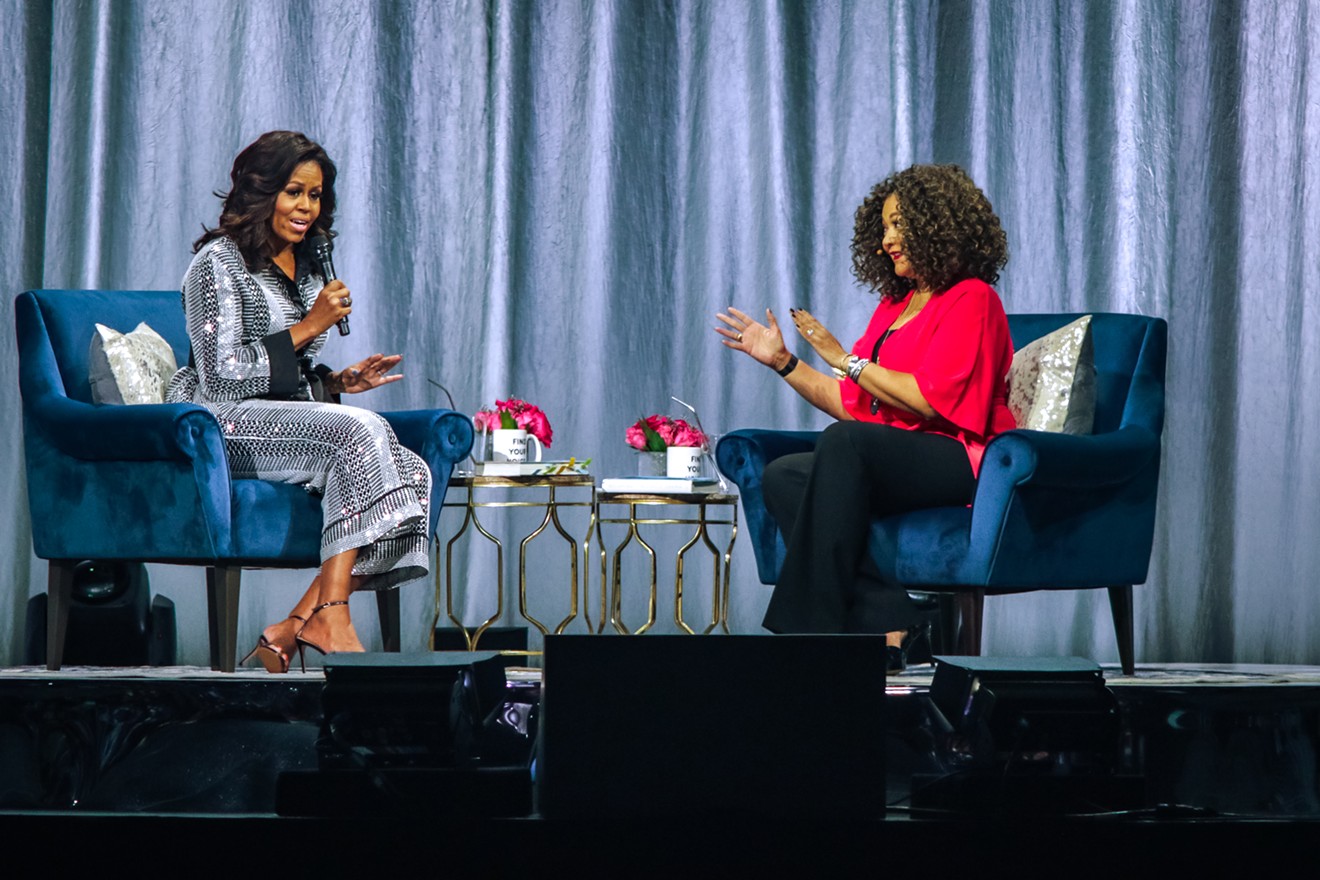 
We know some things about former First Lady Michelle Obama, mostly facts like how she was married to a former U.S. President and is mother to two beautiful young ladies, yet her private life has been exactly that: private. Her decision to write the book Becoming, which was published last November and has spent almost 10 weeks atop The New York Times Best-Seller list, was fueled, she says,  by her need to inspire others about the reality of life, love, and advocacy.

As we sat in the audience and listened to her answer questions and recall specific parts of her book, we realized that she has also become something else: a great storyteller. From facial expressions to jokes, hand movements, facts, and anecdotes, Mrs. Obama is absolutely captivating while she speaks. The entire arena was laser focused on every word, laughing at her jokes, nodding in approval to the truths she revealed, and clapping to acknowledge their appreciation.

She told us how she was reluctant for her family to get into the political spotlight, and even more surprised that she ended up married to a president. But despite her apprehension, she was always supportive and eager to lend a helping hand.

Obama recalled how growing up she was always a "box checker", with a literal list of goals and the steps it would take to reach them. Once one was accomplished, she would check it off and it was on to the next one. And then she met Barack Obama, who was the opposite of a "box checker," who "swerved" all over the place.

Her marriage wasn't at all perfect, recalling how marriage counseling helped save her union with Barack, as well as helped her work through her own personal struggles. She told the crowd not to be afraid to seek therapy, and to be open to speaking to someone who knows more than you do.

The biggest reaction of the night was heard when she spoke about how her husband won her over with his voice, demeanor, politeness, and overall "swag". She also listed his intelligence, charisma, and curiosity as the things that won her over.

"He always came correct" she recalled. "Even if he was late, he was never hurried, and he knew exactly what he wanted out of life, and I liked that".

She ended the night after almost 80 minutes of answering questions and telling stories with her views for the future.

"I will continue to work to create a world as it should be, a better world" she said. "Our children should live in a country full of opportunities, and not held back by others.

The text on the coffee cup sitting on the table next to her read "Find Your Voice." Michelle Obama has certainly found hers.
KEEP THE HOUSTON PRESS FREE... Since we started the Houston Press, it has been defined as the free, independent voice of Houston, and we'd like to keep it that way. With local media under siege, it's more important than ever for us to rally support behind funding our local journalism. You can help by participating in our "I Support" program, allowing us to keep offering readers access to our incisive coverage of local news, food and culture with no paywalls.
Make a one-time donation today for as little as $1.