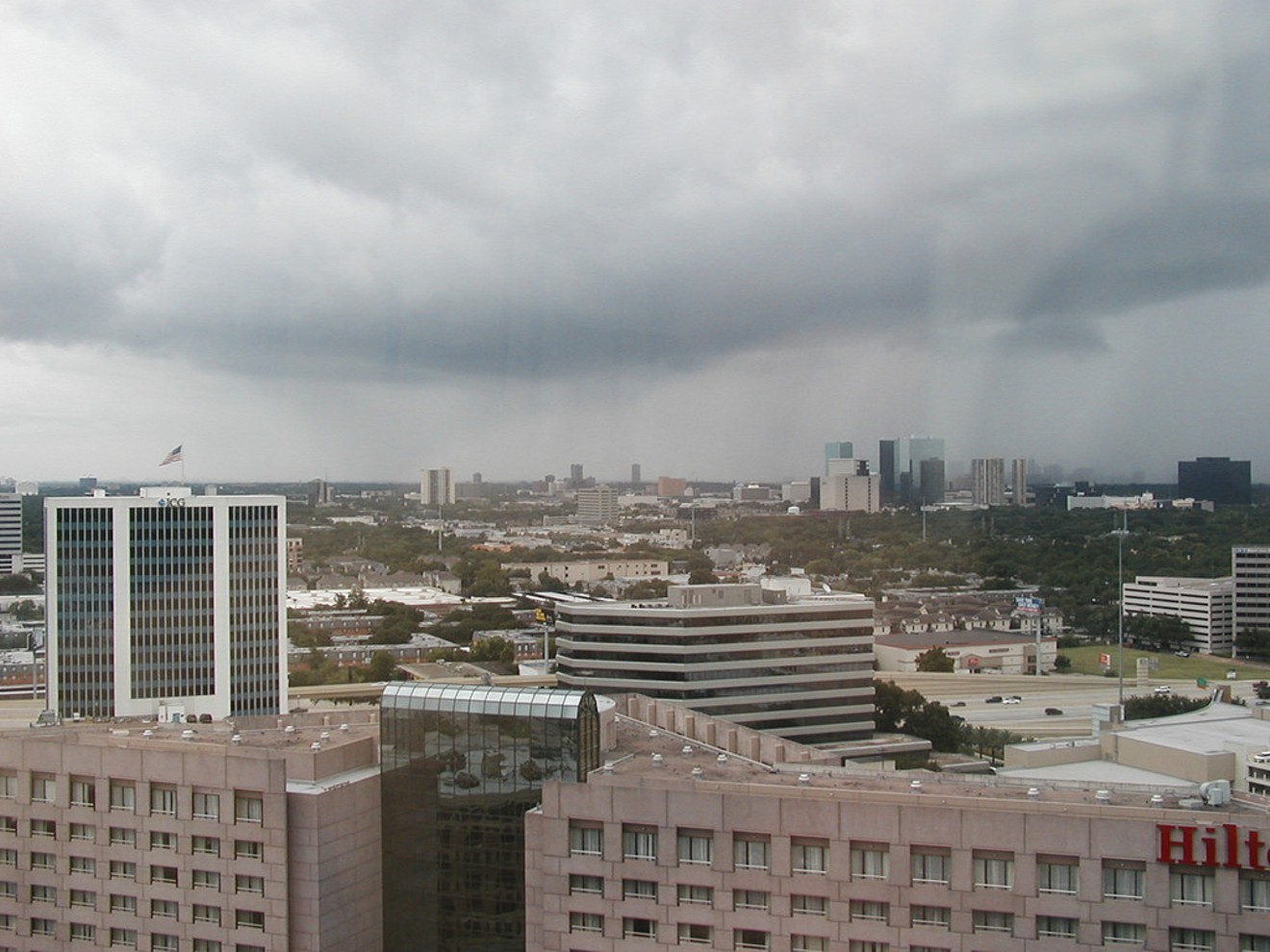 Rain definitely in the forecast this weekend. Photo by Carey Akin via Flickr
Sometimes, the weather gods just don't play nice with modern work conventions. Such was the case this week when the most beautiful late winter weather we have seen in a while landed on Monday and Tuesday. Quite the waste unless you were on vacation. But, that's how it goes sometimes.

Additionally, it was quite chilly dropping down to near 40 degrees. For early April in Houston, that's a bit on the cold side. This weekend, temperatures will rebound quite nicely, but we will have higher rain chances, so hopefully you don't have any big outdoor plans, particularly on Saturday.

Thursday should be like Wednesday in that it will be cloudy and gray, but there could be a mix of some showers, particularly overnight and into the morning hours. It won't be heavy and, quite frankly, the plants could use it. It's been really dry for quite some time. Highs will top out in the low 80s.

The rain should taper by Friday but skies will remain cloudy and it will be muggy once again with highs in the 80s and lows near 70. With a chance of rain still lingering, don't expect the roof at Minute Maid Park to be open for Astros opening night.

Saturday into Sunday is when you should expect plenty of rain, perhaps a couple inches in spots. Nothing super heavy, but widespread showers and thunderstorms are certainly possible. Again, we definitely need the rain. We aren't exactly in drought conditions, but the area has been quite dry all winter. Highs both days will be in the 80s and it could get rather warm Sunday if the skies clear later in the day.

Overall, it's going to be a pretty dreary weekend, though we might get a reprieve late in the day Sunday. But, it should help cut down on some of the brutal pollen we've had and there is no denying the plants need watering. We just wish it was coming on Monday instead of Saturday and Sunday.
KEEP THE HOUSTON PRESS FREE... Since we started the Houston Press, it has been defined as the free, independent voice of Houston, and we'd like to keep it that way. With local media under siege, it's more important than ever for us to rally support behind funding our local journalism. You can help by participating in our "I Support" program, allowing us to keep offering readers access to our incisive coverage of local news, food and culture with no paywalls.
Make a one-time donation today for as little as $1.