Fixing Traffic in Houston Will Require All Kinds of Options. Including Freeways 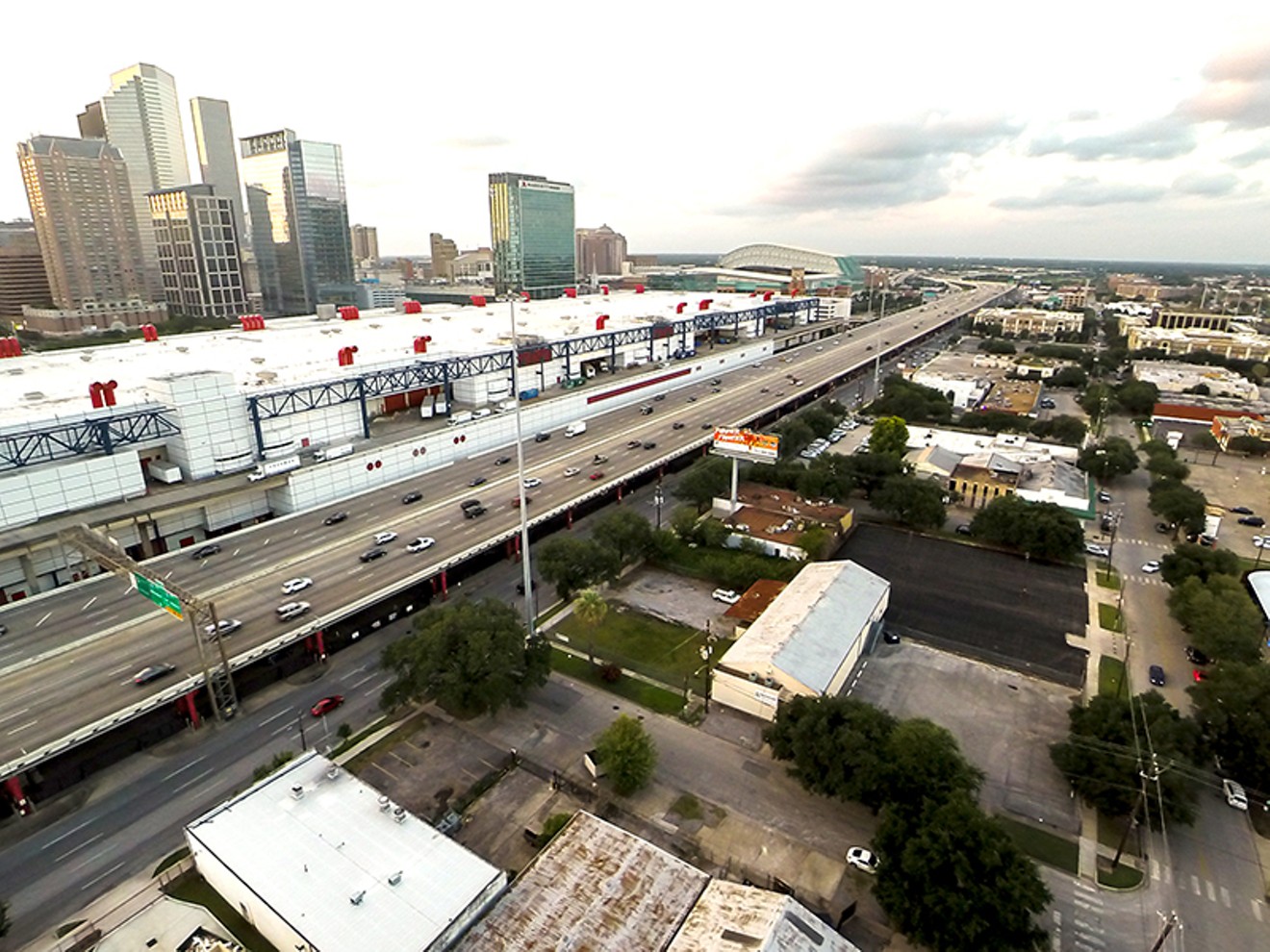 With a massive change coming for Interstate 45 and deadlines looming, tweaks will need to be made, but so will sacrifices. Photo by Lance Childers
Two summers ago, we wrote about the complete overhaul to Interstate 45 scheduled to begin in the early part of the next decade. That story's focus was the potential loss of businesses on the near east side of downtown (or EaDo if you prefer). As plans for the expansion of 45 from Beltway to Beltway continue in earnest, there has been pushback from numerous parties, particularly those concerned about the loss of neighborhoods, pollution for nearby schools and playgrounds, flooding (of course), and those who believe our city should not be pouring more concrete in the first place.

A thorough overview of all the possible issues was recently published in the Houston Chronicle. For the most part, we are in favor of advisory oversight for TxDOT on projects like these, particularly when they affect historic neighborhoods like Lindale and schools that will be dangerously close to new highways.

But, one thing struck us in the complaints: the idea that nothing would be better than doing something.

We have seen comments on social media and rantings about how our city should be more bike friendly and pedestrian safe. How we need commuter rail, better bus service and rapid transit like expanded METROrail. In fact, we could not agree more. We have written time and time again that we must be open to alternate methods of transportation if we are going to grow intelligently as a city over the next two decades.

However, one area where differ quite sharply is the idea that we should do nothing. That the only way to solve the problem is to force motorists to change their habits, give up their cars, and one way to do that is to make traffic worse.

Here is our biggest issue with that: size. Houston is massive. This isn't New York or Chicago or even Los Angeles. We are 600-square miles inside the city limits alone. Add the entire region and it's more than double that. Our centers of commerce are all over the place from downtown skyscrapers to medical center hospitals to office towers in the Galleria to warehouses and refineries on the east end to tech companies well north.

It would be virtually impossible to entirely give up a vehicle unless you were able and willing to live close to your job, and that isn't often possible thanks to our lack of zoning and the far flung nature of our region.

We have seen many suggest projects like these are for the benefit of suburbanites who use our city resources and then retreat to the comfort of their neighborhoods outside the city limits while we are left to deal with the fallout. That is not abnormal. Most big cities deal with the very same issues. Space comes at a premium and not everyone can afford to live inside the Loop.

More importantly, there are things like hurricane evacuations and emergency vehicle movement that must be considered. The fact is we cannot solve our traffic problems in Houston with one thing. Rail, biking, walking, urban planning, wider freeways, none of those things will save us alone. We need a massive, concerted effort with a lot of growing pains to re-build the city the way it probably should have been designed 100 years ago.

In a recent study, traffic was found to be the No. 1 concern of Houstonians besting crime, the economy and even flooding. Two million people aren't going to suddenly abandon their cars just because people tell them to, nor should they. Neither should we ignore and suppress new methods of transportation by conveniently forgetting to plan for them in long-term construction projects.

It will take a lot of work and compromise to fix our region's incredible transportation challenges. The one thing we simply can't do is ignore the problems and hope everyone will simply adjust on their own.
KEEP THE HOUSTON PRESS FREE... Since we started the Houston Press, it has been defined as the free, independent voice of Houston, and we'd like to keep it that way. With local media under siege, it's more important than ever for us to rally support behind funding our local journalism. You can help by participating in our "I Support" program, allowing us to keep offering readers access to our incisive coverage of local news, food and culture with no paywalls.
Make a one-time donation today for as little as $1.