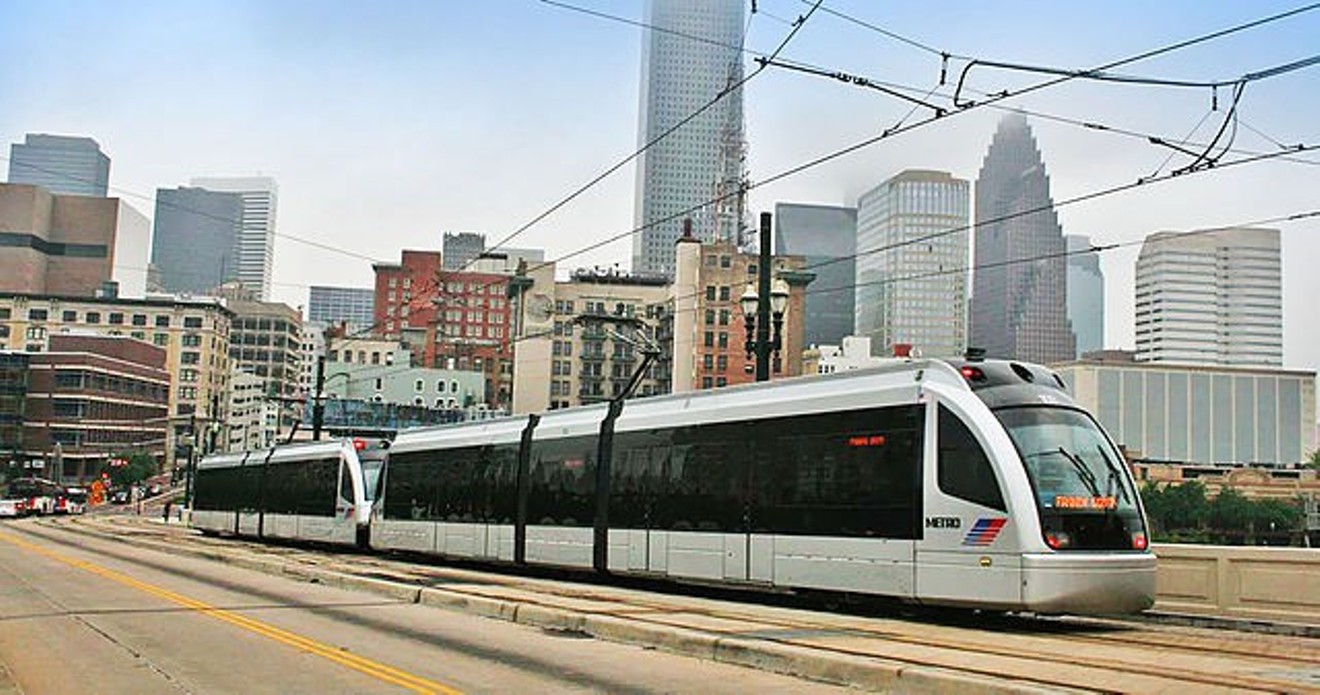 New forms of transportation provide traditional relief from traffic, but they are also cool. Photo by Jackson Myers
It's difficult to imagine a city-of-the-future styled Houston with flying cars and transporter technology like in Star Trek. In truth, however, it is pretty tough to imagine the Bayou City with any kind of modern transportation options even now halfway through 2019. Progressive is not exactly the word you would use to describe a city dominated by the oil industry for the last 100 years or so.

Still, with the growth in population and the vast expanse of roadways covering the entire region, most of the principals involved in shaping the city's future agree that the time for alternatives is long overdue. It's why METRO's new plan that goes before voters in November is aggressive (albeit perhaps not aggressive enough) in attempting to add new forms of public transport.

Yet, there remains resistance to both the traditional forms of expansion (see the I-45 widening debate) and alternatives like light rail. We all know the big reasons for wanting to widen highways, build more rail and make better sidewalks: traffic, pollution, commute times, etc. But, there are other very good reasons that can be easily overlooked.

Driving is one of the most dangerous activities we do every day. We all know the statistics of how unsafe it can be to drive compared to other forms of transportation. Yet, we still get behind the wheel. That doesn't account for times when an Uber or public transportation gets a person home after a night of drinking.

There is no question that choosing alternative forms of transit, even if only part of the time, is cheaper. It lowers the cost of maintenance for your car and fuel. And if you really want to measure costs, consider the health benefits and the savings that come with them from walking or biking.

For some, a car is simply not an option. For people without enough money or disabled members of our community who cannot drive, alternatives are imperative. Broadening those options means better access for not just those who have no choice, but for all of us.

One of the most overlooked values in commuting or even just getting around town using some method other than your car is that many people who might not choose a bus ride will get on a train. When a bike path is convenient, people will use them. When sidewalks are safe, people walk on them. Houstonians want more options. You see it in survey after survey. Sometimes something can be beneficial and cool at the same time.
KEEP THE HOUSTON PRESS FREE... Since we started the Houston Press, it has been defined as the free, independent voice of Houston, and we'd like to keep it that way. With local media under siege, it's more important than ever for us to rally support behind funding our local journalism. You can help by participating in our "I Support" program, allowing us to keep offering readers access to our incisive coverage of local news, food and culture with no paywalls.
Make a one-time donation today for as little as $1.