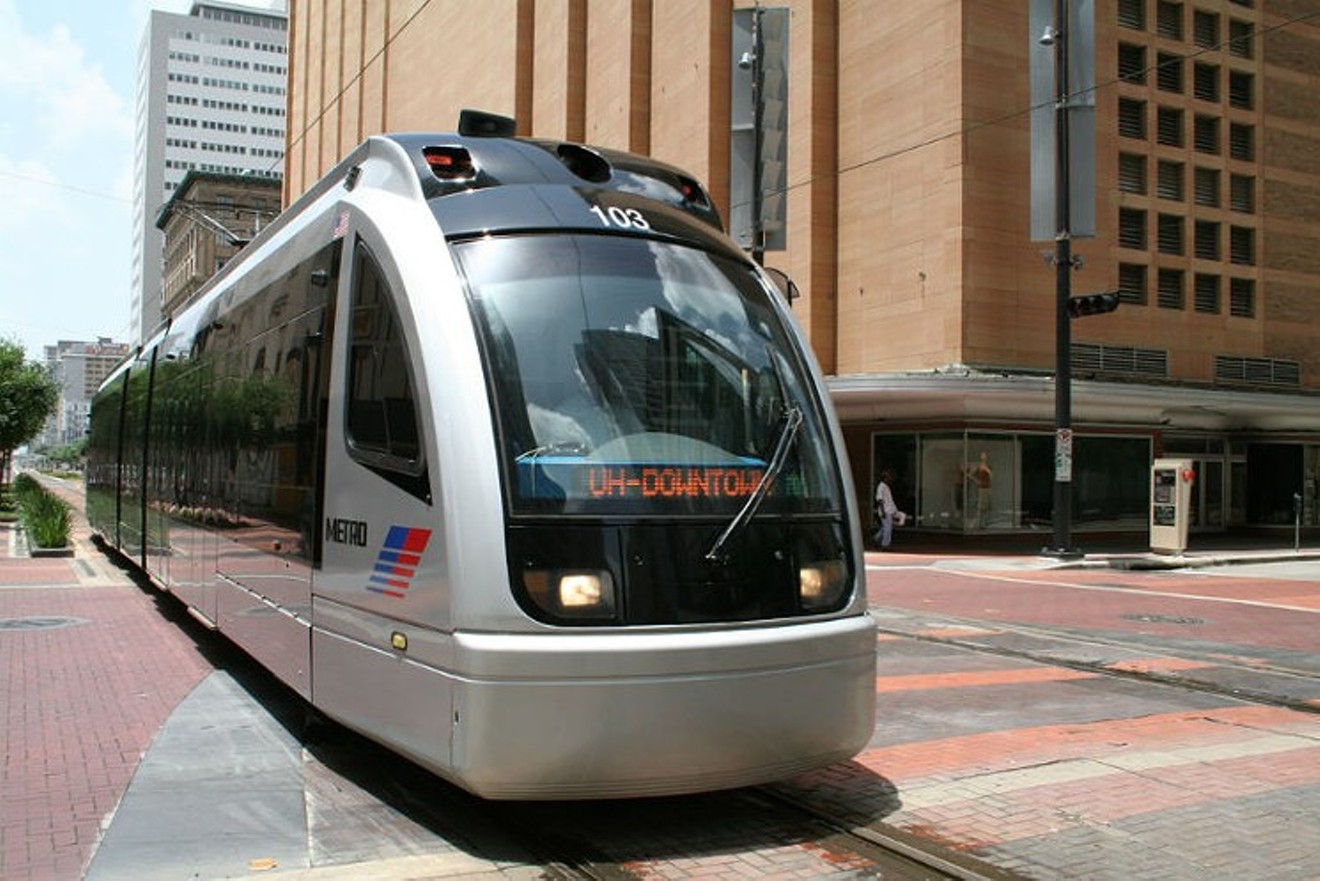 Congestion has a way of changing minds and Houston drivers are becoming more and more open to alternatives to driving. Photo by Ed Schipul via CC
Houstonians have always hated traffic. Everyone does, but we have a long-running beef with being stuck on crowded freeways with long commute times and frustrating drivers. Still, our city has never embraced alternatives to sitting in a car for hours every day. We bemoan the gridlock, but continue to contribute quite directly to the problem.

That may all be changing, however, if recent reports and studies are any indication. Could Houston finally be ready for a substantive change?

In some ways, discussing alternate transportation in Houston is a bit like a music lover talking about the popularity of vinyl. No matter how many people buy a turntable, the vast majority will still use Spotify over a record. The same holds true for options like walking, biking and public transportation. It sounds cool, but getting Houston to embrace it is much more difficult.

That's partially because the city is so massive. One of the chief complaints about light rail is it doesn't arrive directly at your doorstep. People still have to get to a station and they frequently have to do that in a car since the sidewalks and bike lanes can be so dangerous. Why not just drive and save the hassle?

End to end, we don't have much of a choice. With population growth and flooding concerns, there is no way to pour enough concrete to get people around and keep them from drowning every time it sprinkles outside. Which is why, no doubt, the 2019 edition of the annual Kinder Houston Area Study found traffic to be the issue most concerning to respondents. A whopping 36 percent said it was as or more important than flooding, education, crime and the economy.

And public transportation options are much higher on people's list of ways to get around than ever before. Thank the frenzied move closer to town and the gentrification of urban neighborhoods. The recent revelation that METRO is considering a rail line down Washington Avenue as part of its massive, sprawling transportation plan was met with downright giddiness from residents of the Sixth Ward, the Heights and other nearby neighborhoods.

It's no surprise considering METROrail ridership is extremely high and interest in more dedicated rail and bus routes is growing among those sick of getting in their cars and, more importantly, people who don't have other means of getting to work, school or just around town.

Even Uptown is starting to embrace the new rapid bus service that is coming to Post Oak next year. Dedicated lanes for the 60-foot buses are being added along the West Loop and the vision for the required compromise (the state prohibited funds be used for any project that could potentially be replaced with rail later) is starting to sink in with area residents and businesses.

Houston is nothing if not malleable. A young, vibrant and somewhat transient population can have that affect, but so can an increasingly crowded infrastructure. Maybe we are finally so tired of being stuck in freeway gridlock, we've finally broken and embraced something different. It's about time.
KEEP THE HOUSTON PRESS FREE... Since we started the Houston Press, it has been defined as the free, independent voice of Houston, and we'd like to keep it that way. With local media under siege, it's more important than ever for us to rally support behind funding our local journalism. You can help by participating in our "I Support" program, allowing us to keep offering readers access to our incisive coverage of local news, food and culture with no paywalls.
Make a one-time donation today for as little as $1.