Health Must Be a Priority for the Astros 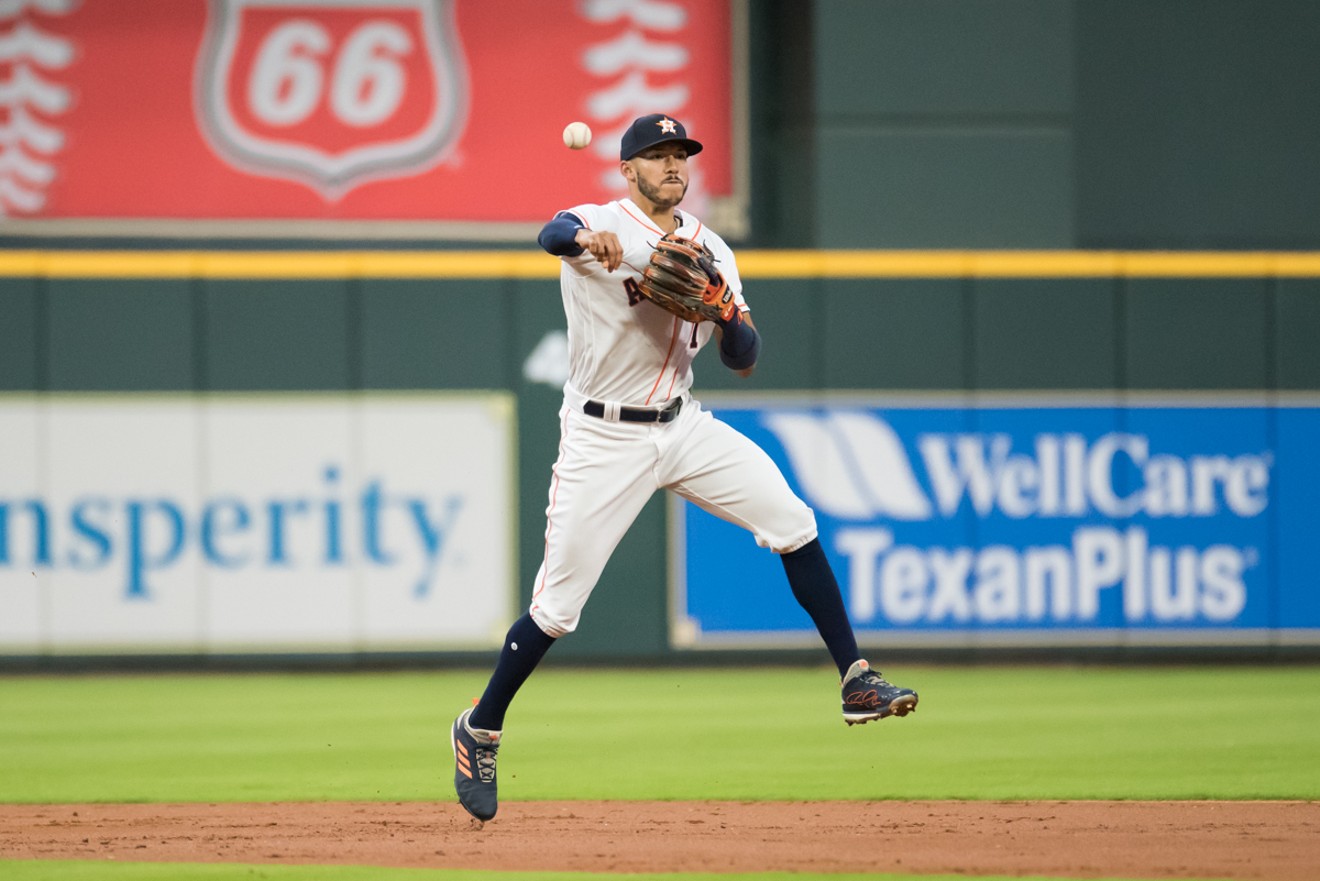 Having a healthy Carlos Correa in the field and at the plate has been fantastic. Let's keep him that way. Photo by Jack Gorman
This Astros team is one of the best we've seen, many believe better than the 2017 team that won the World Series. With under two months of the regular season left, they have a chance to set some pretty substantial franchise records and position themselves for home field advantage throughout the postseason.

But, for this moment, there should be no greater priority than health.

The Astros have had their share of health issues this year, fortunately none the kind to cost a player his whole season. Currently, they are at full strength and the lineup has shown it. Their offense, one through nine, is devastating as evidenced by the 23 runs they racked up on Saturday in Baltimore. They have probably the Rookie of the Year in Yourdan Alvarez, a fully healthy and dangerous Jose Altuve, the reigning player of the month in Yuli Gurriel, one of the top bats in baseball in Michael Brantley, plus, just, I don't know, Alex Bregman, Carlos Correa and George Springer.

The trades for Zack Greinke and Aaron Sanchez helped shore up their starting rotation and adding Joe Biagini via trade plus Joe Smith and Ryan Pressly off the DL certainly helps the bullpen.

But, we are only in August. Preserving these guys for October has to be a big part of the strategy going forward. There is a ten-game lead in the AL West. The Astros are winning the division. September call-ups start in just a couple weeks. This is a chance to ease the burden on starters and get them fresh for the playoffs, particular their arms.

Roberto Osuna has been below average over the last month. The three runs and blown save against the Orioles was just the latest in a string of bad outings for the closer. While some may be calling for him to be replaced, it is worth noting he missed half the season last year while on suspension. When he got here after the trade, he was fresh. This is his first full year in a while and he's young. It would not be a shock if he has a tired arm.

Then there are the vets like Justin Verlander. As great as he has been anchoring the rotation as the staff ace, there is zero reason you shouldn't give him an extra day whenever the team can afford it.

But, hitters should get pulled from the lineup on occasion as well. Getting in rhythm is a big deal at the plate, which is why players want as many reps as possible. But, if there is even the slightest nagging injury, it needs to be addressed now, while there is time.

If the Astros get to the playoffs fully healthy, it is going to be VERY difficult to beat them. Not impossible, but much tougher than if they are missing a key piece or two due to fatigue or injury. Give them rest now so they can be at full strength when it counts.
KEEP THE HOUSTON PRESS FREE... Since we started the Houston Press, it has been defined as the free, independent voice of Houston, and we'd like to keep it that way. With local media under siege, it's more important than ever for us to rally support behind funding our local journalism. You can help by participating in our "I Support" program, allowing us to keep offering readers access to our incisive coverage of local news, food and culture with no paywalls.
Make a one-time donation today for as little as $1.