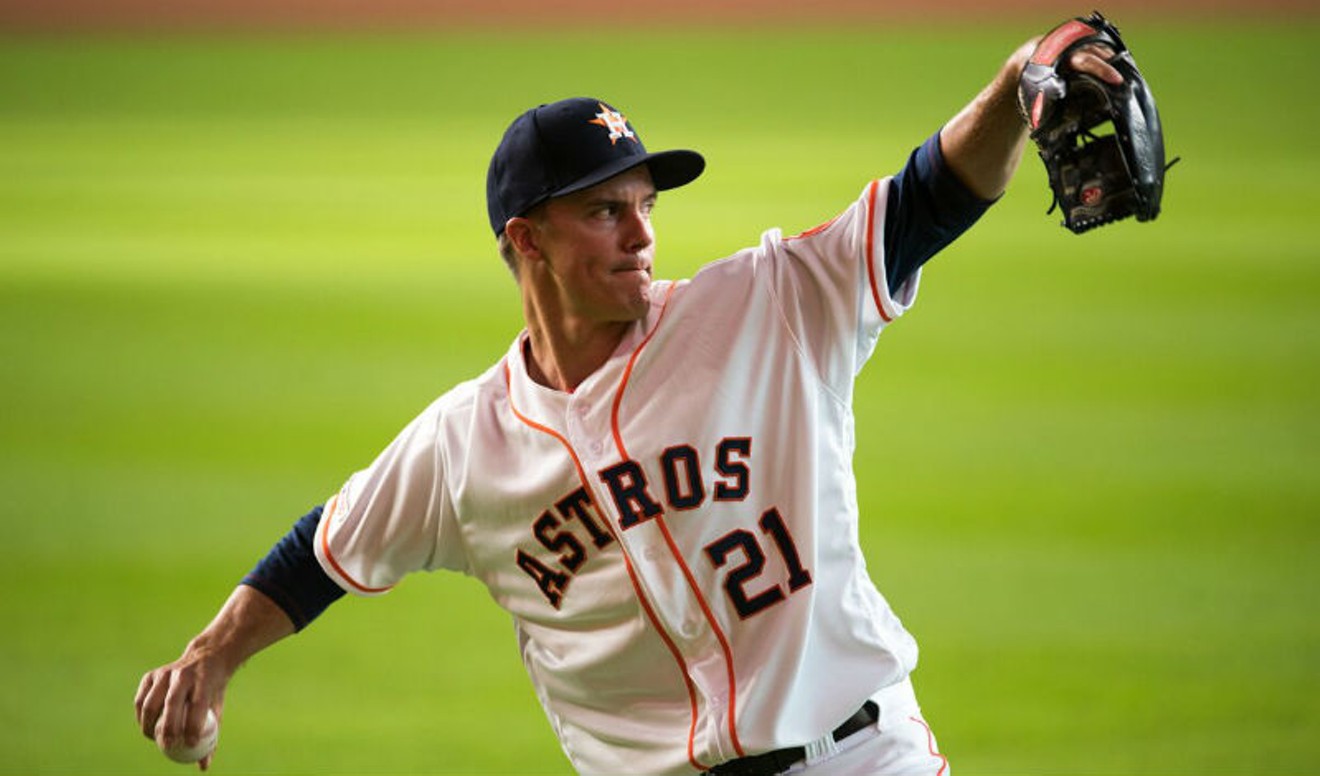 Zack Greinke battled only allowing one run in game four of the ALCS. Photo by Jack Gorman
The Astros went into Yankee Stadium on Thursday and won their third straight game to take a 3-1 lead in the ALCS and put the Yankees on the brink of elimination. After struggling at the plate throughout the series, the Astros unleashed a pair of three-run home runs from George Springer and Carlos Correa, and capitalized on mistakes by New York's defense.

Zack Greinke, the Game 1 starter, had a solid performance working out of jams and winding up going four-and-a-third giving up one run on three hits with five strikeouts and four walks. It wasn't perfect, but it was enough and once again the bullpen sealed the deal for the Astros. They head to Game 5 on Friday with Justin Verlander on the mound with a chance to close things out. Here are four takeaways.

The Astros bats have been rather anemic throughout the postseason, but they changed that on Thursday night with eight runs on eight hits including two three-run home runs by Springer and Correa. After going down by one in the first, the put constant pressure on Yankee pitchers and ultimately coasted to a 3-1 lead in the series.

In the eighth inning, legendary Yankees pitcher CC Sabathia came on in relief. After getting two outs, he winced in pain, ultimately leaving the game in the middle of Springer's at bat. He had already announced his retirement after the season and it appears his career is over. It was an emotional moment as Sabathia left the field to a standing ovation from fans and players, including the entire Astros team.

Coming into the ALCS, experts talked about the matchups between starting pitching and lineups, but the one mismatch they believed was evident was in the 'pen where the Yankees had one of the best in baseball. But, the Astros relief pitching has simply been better. Just as importantly, because the Astros starters have eaten up more innings, Astro relievers haven't had to shoulder the bulk of the innings. So far, the Astros have the advantage in virtually every match-up including the bullpen.

Of the eight Astros runs, only five were earned thanks to four Yankee errors. With a team like the Astros, no matter how good the opponent, you can't make that many mistakes against them if you want to win. Astros hitters took advantage of the errors and made the Yankees pay.
KEEP THE HOUSTON PRESS FREE... Since we started the Houston Press, it has been defined as the free, independent voice of Houston, and we'd like to keep it that way. With local media under siege, it's more important than ever for us to rally support behind funding our local journalism. You can help by participating in our "I Support" program, allowing us to keep offering readers access to our incisive coverage of local news, food and culture with no paywalls.
Make a one-time donation today for as little as $1.