Astros Week: In Search of a Catcher and a Lefty 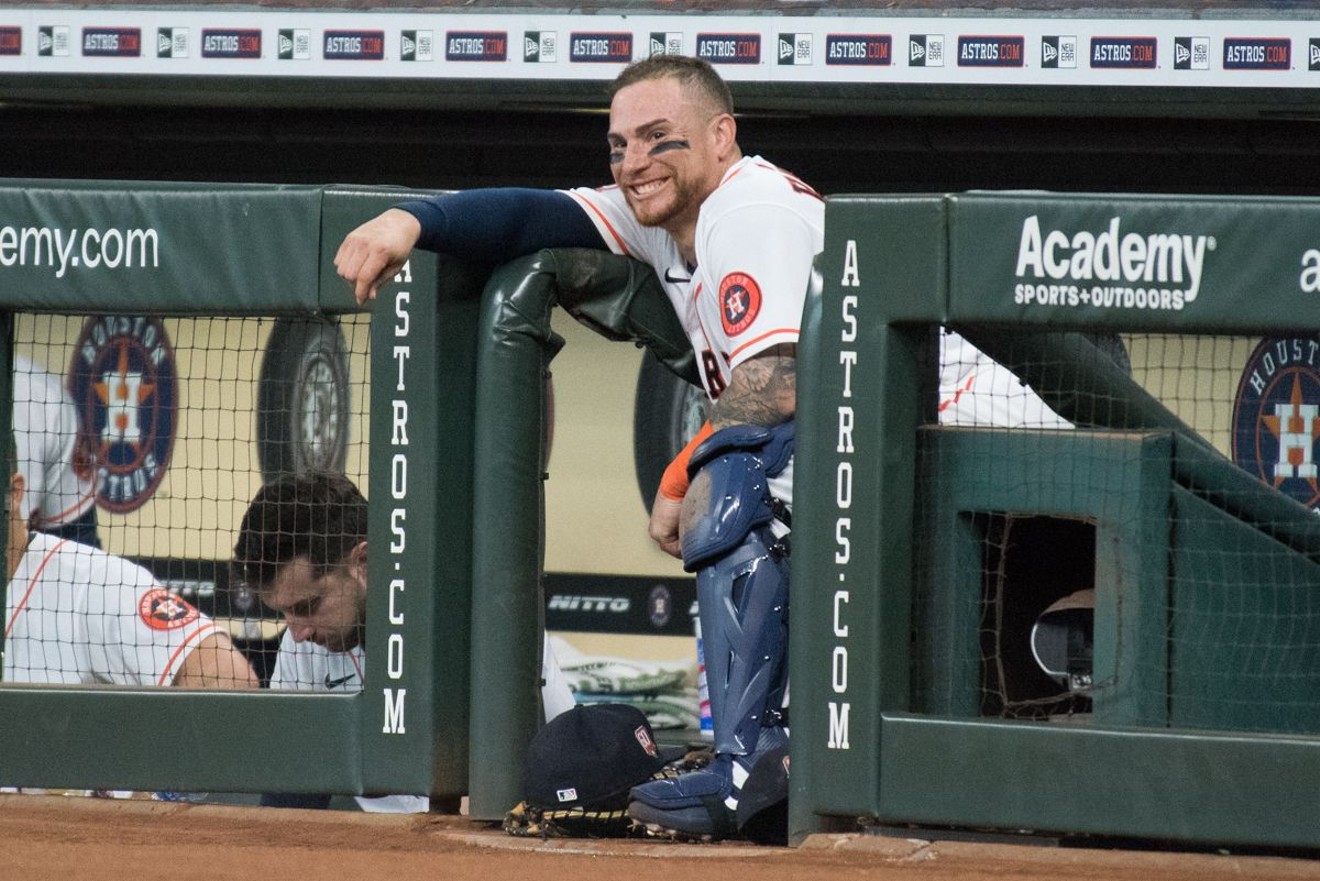 Christian Vasquez agreed to a deal with the Twins. Photo by Jack Gorman
As we near the new year, the hot stove league continues to simmer with signings and trades, but none involving the Astros, at least over the last couple weeks. While the Braves are trading for Sean Murphy and the Twins are signing away Christian Vasquez, the Astros continue to look for a left handed bat to add to the lineup and, perhaps a catcher to split time with Martin Maldonado.

The question is, will it happen now or later because one or both spots will need to be added to the Astros lineup before training camp. Let's discuss.

Christian Vasquez heads to the Twins.

On Monday, Vasquez agreed to a three-year, $30 million deal with the Twins ending his short tenure with the Astros. The catcher, acquired at the trade deadline from Boston, saw limited action behind Maldonado, no doubt a primary reason he chose to move on. The Astros were rumored to be discussing Vasquez's return, but he clearly wants to be the primary catcher and deserves it. The Astros couldn't or wouldn't offer that to him and he moved on. That doesn't mean they aren't still looking however.

More catchers off the board.

Oddly, the Braves got Murphy for far less than one might have thought in a three-way deal with the Brewers. It begs the question why the Astros weren't in on that deal. But it still leaves them without a second catcher in the lineup. It is becoming more clear that they are not convinced either Kory Lee or Yanier Diaz have what it takes defensively to back up Maldonado, who is absolutely their weakest offensive link. This is a team that still wants to be playing in late October, and they need to be sure their catcher — particularly with the new rule changes taking effect in the spring — will be able to hold his own.

Yet, they are still out there looking for a catcher with guys like Wilson Contreras and Vasquez so far eluding them.

Michael Brantley could return to the Astros.
Photo by Jack Gorman
And what about that lefty bat?

Outside of fixing the first base-designated hitter hole in the lineup, the top priority for the Astros this offseason was another left handed bat, particularly in the outfield. Ideally, that would mean a center fielder, but a good bat playing left field would be fine as well. Rumor is that Michael Brantley will almost certainly be back, but cannot test his surgically repaired shoulder for another couple months. Guys like Andrew Benintendi and Michael Conforto are still out there in addition to Brantley.

Then there are trades including reported discussions about a deal for D-Backs catcher/outfielder Daulton Varsho. Varsho, who bats left and plays both center and catcher, would be an ideal addition for the Astros, especially since he remains under team control for several more seasons. But, to get him would likely mean several top prospect plus perhaps a front line starting pitcher. The ask might simply be too much for the Astros right now.

In other news, the Astros dominate the Houston Sports Awards.

All you need to know is what Houston Chronicle writer Chandler Rome tweeted out on Tuesday about the upcoming Houston Sports Awards, hosted by Alex Bregman:

Everything you need to know about the state of professional sports in Houston is within these nominations for the Houston Sports Awards, which Alex Bregman will host on Jan. 25 pic.twitter.com/Ih2XnyfCBg