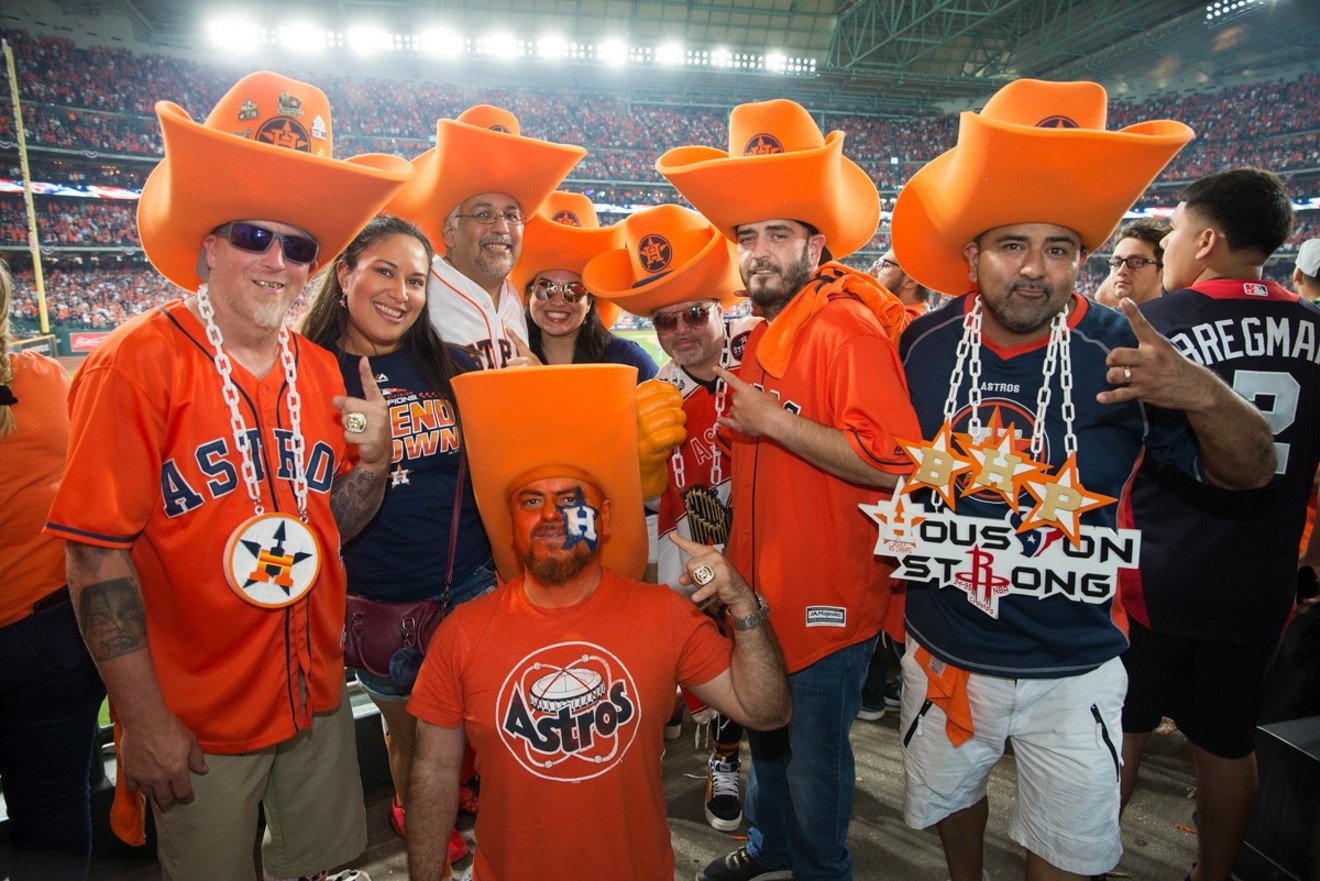 It was not always easy to be a fan of the Houston Astros. There were those years where Minute Maid Park felt like a tomb and baseball felt like an elaborate pre-show for a fireworks display. But even in the most dreadful of seasons, there were those fans who stuck it out, following the team’s development on the field and in the minors, getting to know the names that the rest of the world would soon find out about. And for their loyalty, they were rewarded with a team that brought home a World Series. These days, every game feels like a celebration, and the days of $9 walk-up tickets seem like forever ago. Salute to those who saw the future coming, and to all of those who are part of the crowd now.

Readers' Choice: Houston Astros
KEEP THE HOUSTON PRESS FREE... Since we started the Houston Press, it has been defined as the free, independent voice of Houston, and we'd like to keep it that way. With local media under siege, it's more important than ever for us to rally support behind funding our local journalism. You can help by participating in our "I Support" program, allowing us to keep offering readers access to our incisive coverage of local news, food and culture with no paywalls.
Make a one-time donation today for as little as $1.