Bitter Cold Descends Upon Much of the U.S. 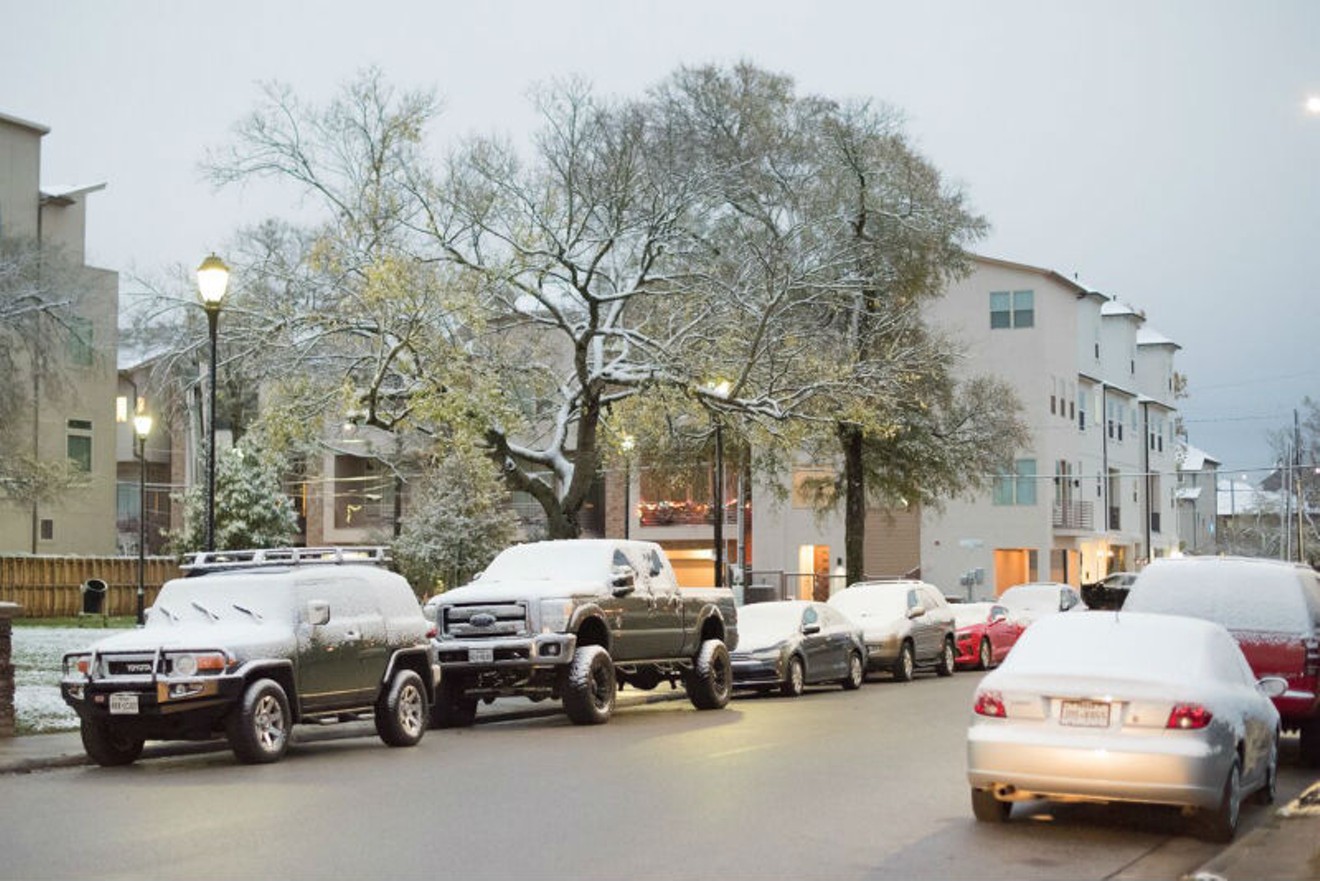 Houston got a little snow in December, but it's nothing compared to what they are going to get in New England. Photo by Jack Gorman
We in Houston tend to think we have it rough when temperatures hover around the freezing mark as they have early in this first week of 2018. But, for those who have not had to live through the kind of brutal cold gripping parts of the United States since New Year's, perhaps a few photos of Niagara Falls nearly frozen might help give you some idea of what it means. Yes, THAT Niagara Falls.

So, what exactly is happening with the weather? Well, first, it's winter and while Houston may not relate to the frigid temperatures, ice and snow our neighbors north of the Mason-Dixon line are experiencing, folks in New England have seen this before. Granted, it might not normally be in the teens for days on end, but it is still bitterly cold in wintertime along the East Coast.

What is unique is how far south it is reaching. Areas as far south as the upper coast of Florida are bracing for icy conditions this week, a rarity for places like Jacksonville.

This particular cold snap is thanks to a mass of Arctic air pushing down into the United States and across the central and eastern portions of the country mixed with an area of low pressure in the Atlantic drifting toward the East Coast. By Thursday, blizzard conditions are expected across much of New England with a foot of the white stuff expected in Boston with as much as two feet farther north in Maine.

Temperatures are expected to hover in the 20s there with much colder air behind it. Thus far, at least five deaths have been attributed to the cold weather that sent wind chills plunging into the negative digits from the Midwest all the way to the Panhandle of Texas. One part of Iowa registered a -31 degrees in wind chill overnight Monday.

And the cold weather probably won't abate for much of the northern part of the country at least for a while. Chicago, for example, won't see an above-freezing day until Sunday before temps dip once again at the start of the work week.

Of course, this makes good fodder for those who think the cold has something to do with global warming (or the lack of it), including the President who tweeted about it over the weekend.

In the East, it could be the COLDEST New Year’s Eve on record. Perhaps we could use a little bit of that good old Global Warming that our Country, but not other countries, was going to pay TRILLIONS OF DOLLARS to protect against. Bundle up!

As has been pointed out by meteorologists, scientists and even one of the guys from The Jersey Shore, there is much more to global warming than a few cold weeks of winter weather. In fact, the average annual temperature has increased for nearly all of North America in 2017 and records for warm weather were set across the globe.

Still, that doesn't mitigate how cold it is at the moment and forecasters have revised winter forecasts for January downward with not a lot of hope in sight for people sick of the cold. Eventually, winter will thaw and we'll move on to complaints about the heat, but for now, everyone in the northern U.S. and into Canada will need to bundle up and keep that heater cranking.