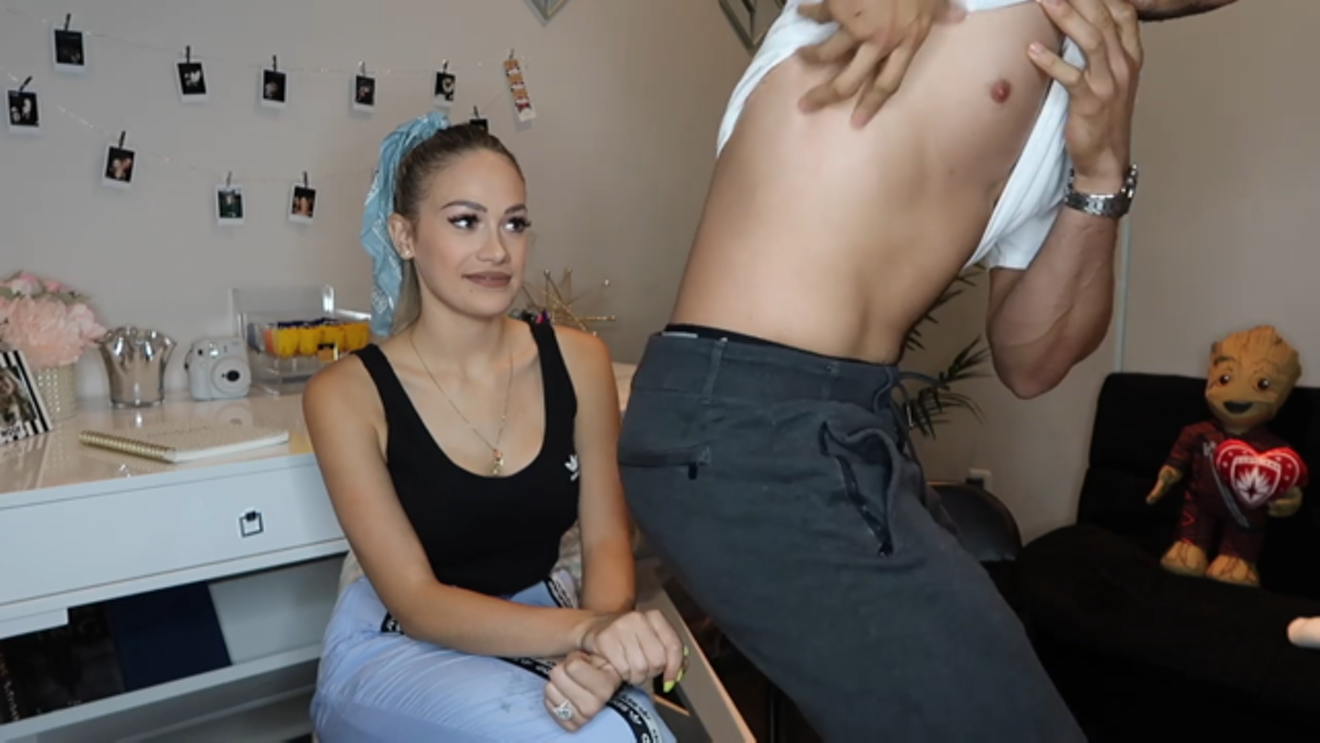 Carlos Correa's non-bruised rib cage was part of the backing of his broken rib story. Screen grab from YouTube
Among strange Houston Astros injuries, this broken rib saga for shortstop Carlos Correa certainly belongs alongside the all-time doozies, like Moises Alou tearing his knee and missing a whole season due to a treadmill injury and Hunter Pence going full on "unaware bird" and flying through a clear, glass sliding door (thinking the door was actually open).

In case you're just getting caught up, this past Tuesday, Correa was scratched from the starting lineup just hours before the Astros game against the Cubs, and was subsequently placed on the 10 day Injured List due to said broken rib. He issued a statement shortly thereafter explaining that the broken rib was suffered during a pregame massage in his home. From the Astros' side of things, the only other "clarity" we got was interviews with GM Jeff Luhnow and manager A.J. Hinch, both of which amounted to "ask Carlos" and "we will be fine." Of course, I am paraphrasing.

My feeling was that we needed to hear from two people, and not through contrived written statements on Instagram — we needed to hear from Correa actually SPEAKING words, and from the masseuse (who at this point, I would ponder cloning, in case aliens land and we need someone to defend us). Well, the identity of the masseuse is still a mystery, but Correa has come out and spoken.

On Friday, the Astros' shortstop appeared, apparently, as a guest on his fiancee Daniella Rodriguez's YouTube channel in a video that appeared to serve two purposes — allow Correa to thank fans for his support through this difficult time, and allow Daniella to blow off some steam at the whimsy of and unfair treatment from social media. Here is the video, along with a brief Zapruder-style analysis:


0:00 — Ok, let's set the stage — we know that the two stars of the video are Daniella and Carlos. If I had to guess, this makeshift studio appears to be an office or a spare bedroom of some sort, with a desk and some cute Polaroids on the left, and a sofa or futon with a strategically placed "Valentine bear" on the right hand side. I'm anxiously awaiting the internet to crop the stills from this video with just Carlos and the bear appearing in pics together.

0:05 — Daniella, if you're going to be a real YouTube channel, you need real microphones, girl.

0:12 — Holy crap, that was an ugly edited jump cut to Carlos talking. Yikes. Ok, we get about a minute or two of Carlos laying out the injury occurrence. The masseuse really laid into him apparently with some serious, serious rubbing, and when he got up to walk and breathe after the session, something was wrong. Man, there's part of me that feels really badly for this guy, in part because if he didn't have bad injury luck the last two years, he'd have no luck at all, and in part because he is explaining this with a "Valentine bear" in the background.

1:36 — Carlos thanks everyone who has supported him through this — teammates, management, the fans, and.... WHOA!

2:00 — ....another CRAZY jump cut edit! I would love to know the reason why Daniella felt the need to chop things out in transition. I need deleted scenes and I need them now!

2:06 — Daniella claims she heard "the noise" from downstairs (Carlos was getting his massage on upstairs), which is the main takeaway from this video for those who are in the "yeah, Carlos Correa is TOTALLY lying" camp, because that camp assumes "the noise" is Correa's rib cracking, which let's face it, to be heard from one story away would require Correa to have his torso crushed like he was being squeezed by King Kong. Me, I am assuming "the noise" is just the general commotion from something going wrong, but the cracking of the rib sounding like some sort of whip is far more salacious and funny, in a dark humor kind of way.

2:33 — OK, here's where we get the part where the young lady trying to augment her social media presence rails on the ills of social media. We knew she couldn't resist, this is her go-to move. Daniella rails on those who blame her for "what occurred," and then she dives into a rant on what could best described as a PSA partially about domestic violence, but more about the ills of joking about domestic violence? I think? I don't know, I listened to it a couple times. Frankly, I was mesmerized by Correa's "hostage video" blank stare. He was staring into my soul!

3:35 — Correa says that "God has a plan" and "everything happens for a reason," which I agree with wholeheartedly, and part of that reason was for us to get another awesome show on Daniella's YouTube channel!

3:59 — HOLY HELL, I am about to have a seizure from all the editing, Daniella! If this is preemptive revenge for snarky posts like this, then you, my dear, are an evil genius!

4:18 — OK, easily the strangest part of this video (that isn't an inanimate, stuffed doll) right here — Carlos talks about all the different ways, aside from massage, that the broken rib could have occurred, like falling or getting struck by blunt force, and to prove that it was indeed massage, he lifts his shirt for the camera to show a part of his body, the right lower torso, with no bruising. For the first time ever, someone is proving the veracity of an injury by showing exactly zero ill effects on his body. I get what he's saying here, but the cynical side of me says "Um, can we see the other side, too?"

If you enjoyed that video, then you're REALLY going to enjoy this 17-minute epic on how Carlos and Daniella fell in love..... getcho' popcorn ready.... yeah!