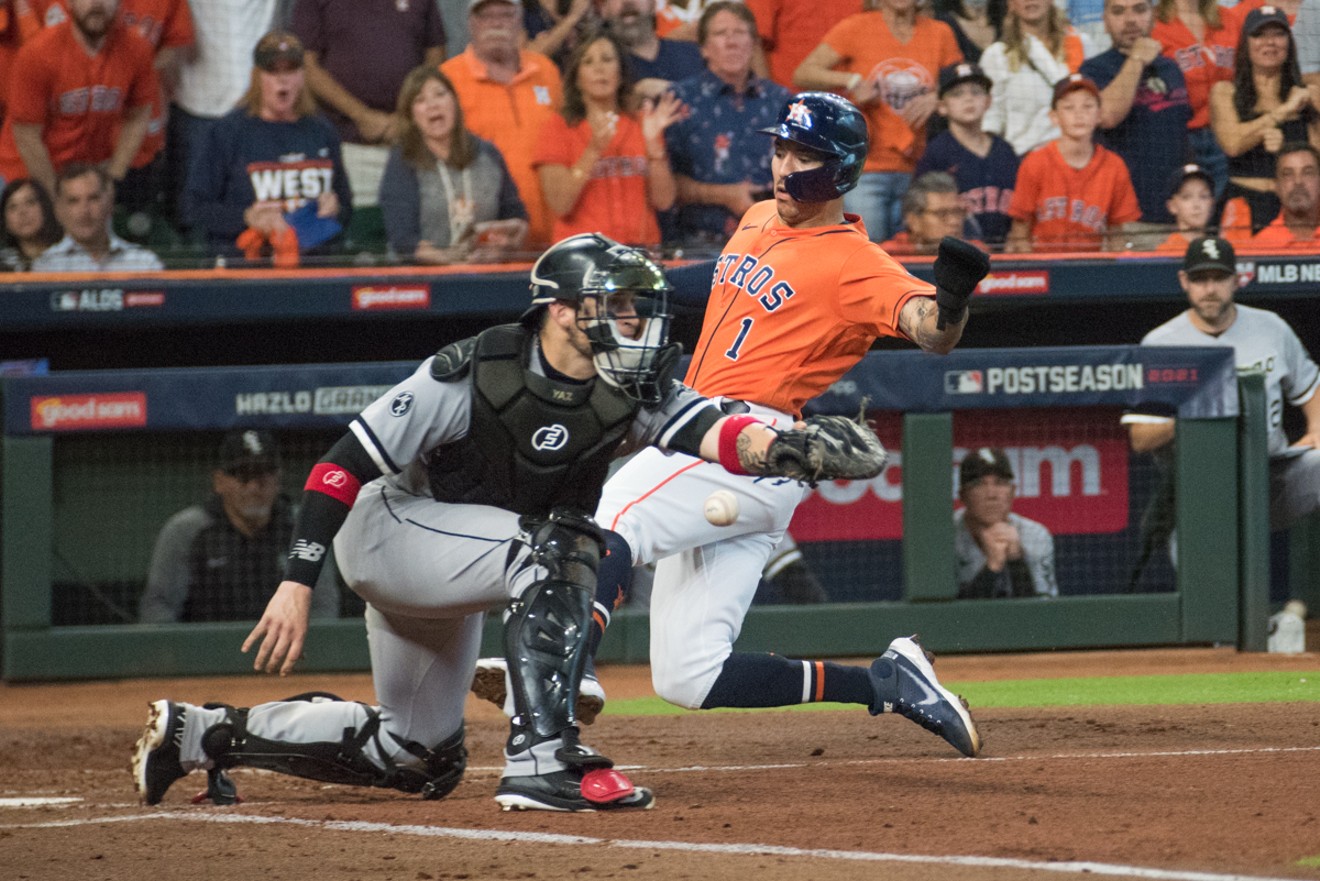 Carlos Correa is sliding into a new deal with Minnesota. Photo by Jack Gorman
What a weird few weeks it has been in Houston sports. The waiting game with Texans quarterback Deshaun Watson and Astros shortstop Carlos Correa has been brutal. And, just like that, within just a few hours of one another, they are both gone, Watson in a trade and Correa on a free agent deal to the Minnesota Twins.

Correa, 27, will get a three-year deal with the Twins worth $105 million that includes player opt-outs for the next two seasons. The Astros reportedly had offered the same money, but over five years. Correa clearly wanted to be the highest paid per-year shortstop in baseball, besting his friend Francisco Lindor who got $34 million per season over 10 years with the Mets.

Much will be said about the fact that the Astros were unwilling to match Correa's contract given that he had reportedly wanted 10 years, something the team never does. Knowing that he took three years to sign with the Twins has fans on social media up in arms over the failure of the franchise to keep its young star.

As of writing this, the deal was not official and there was no word from the Astros on the details or their thinking. We hope to have more on Monday.

For now, it seems the Astros are slowly being dismantled, piece by piece, after George Springer left for the Blue Jays last year and Correa to the Twins this offseason. The Astros face Minnesota in a pair of series this year, including August 23-25 at Minute Maid Park.
KEEP THE HOUSTON PRESS FREE... Since we started the Houston Press, it has been defined as the free, independent voice of Houston, and we'd like to keep it that way. With local media under siege, it's more important than ever for us to rally support behind funding our local journalism. You can help by participating in our "I Support" program, allowing us to keep offering readers access to our incisive coverage of local news, food and culture with no paywalls.
Make a one-time donation today for as little as $1.