New Year's Eve Fireworks: Where to See Them, What Not to Do With Them 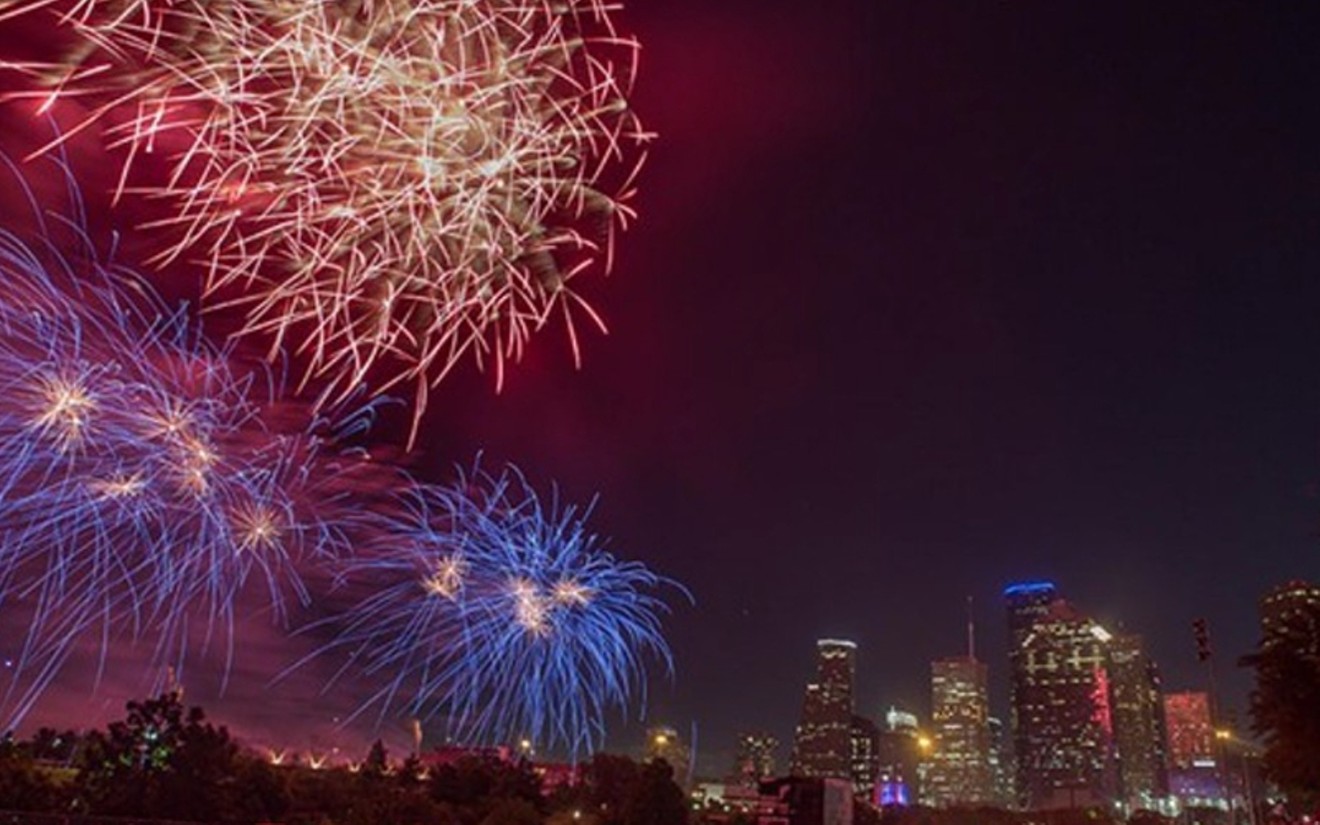 New Year’s Eve: a night celebrating future hopes, reflections on the past year and more than a little madness for local law enforcement chasing residents shooting off banned fireworks and locals shooting guns into the air. Not to mention the emergency medical personnel tasked with cleaning up the human damage that can occur.

It is not legal to shoot off fireworks in the city of Houston or in most cities in the immediate area. It’s another matter in unincorporated areas, but even some constraints exist there.

For example, according to the Harris County Fire Marshal's office, residents are not allowed to light up within 600 feet of a church, hospital, licensed childcare center or school and within 100 feet of a firework stand or where flammable liquids and compress gas is stored.

The rules are similar in both Fort Bend and Montgomery counties for unincorporated areas. And residents of cities in those counties should check on their local regulations, said Mark V. Flathouse, Fort Bend County’s Fire Marshal.

Officers are on patrol across all three counties during the holiday and fines for illegal firework usage and purchases will be enforced. Houston residents who wish to report any illegal fireworks can call the 311 number set up for neighborhood complaints or Harris County Sheriff’s Office non-emergency line, 713-221-6000, not 911 which is reserved for more serious situations.

When shooting off fireworks, following the manufacturer’s recommendations on how to use them will reduce the chances for accidents to occur, said Jacob Baily, Apparatus Operator at the Spring Fire Department.

“A lot of fireworks that people believe should be held on to while lit, like Roman Candles, actually are not meant to be held, said Bailey.

Another danger comes from people who do too much celebrating on New Year’s Eve.

Lt. Simon Cheng with Harris County’s Vehicular Crimes Division asks people who attend any public events or private parties to think ahead about their travel plans. Especially as many of the incidents that occur on New Year’s Eve result from impaired drivers.

“We know the rideshare culture is in full swing, so definitely take advantage of Uber and Lyft,” Cheng said. “Or have someone that is a friend or family member be designated as the driver, so that person can make sure that everybody gets home safe.”

Do call 911 if someone is driving drunk, Cheng said. Callers should give the location of the incident and vehicle type or description.

“We can saturate the area and try to find them, not to necessarily arrest them, but just to make sure that we are diligent in trying to remove drunk drivers off the streets or conduct a sobriety test to make sure that the person is okay to be driving,” Cheng said.

Cheng also reminded that it is illegal to fire shots up into the air as the bullets could wound bystanders when they come down.

“We know that many residents like to shoot firearms up into the air but there are consequences as what goes up must come down,” said Cheng. “There are reported incidents that have ended up in taking the lives of others that were completely unjustified.”

This year, like all others, authorities strongly encourage to attend public fireworks displays. Here are some of the best ones: