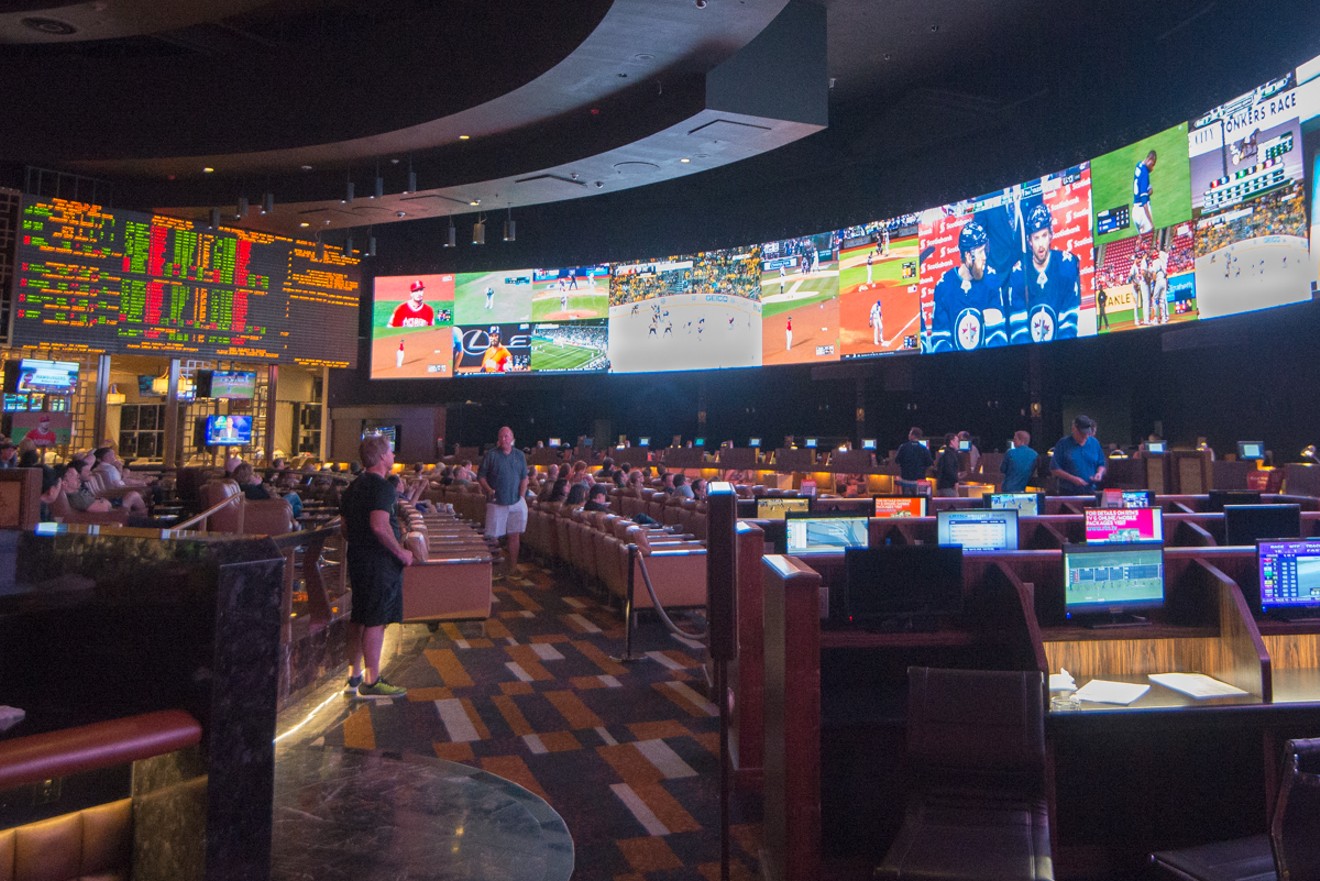 Two straight 3-3 weeks have us thirsty for a winner this week. Photo b Jack Gorman
So we went 3-3 for a second straight week last weekend, and I complain about that because I'm someone who strives for perfection, or at the very least, strives for greatness. However, just about the time I start pissing and moaning about going .500 last weekend, I think of the people who lost parlays and moneyline bets on a play like this...


... and I pray for them. Yes, It's the holiday season, and it's time to close the gambling season strong. So let's get you guys six winners for this week so you can buy that PlayStation or whatever for the kids:

Fresno State -4 over Arizona State
Kudos to Herm Edwards, who coached the Sun Devils to a 7-5 record this season, which is about seven more wins than I expected Edwards to get when I watched his opening presser when he was introduced as the new ASU head man. Fresno State is one of the best defensive teams in the country, and they were an automatic cover for about two months before stumbling 1-3 ATS down the stretch. I think there will be some Group of Five motivation on the part of the Bulldogs to beat a Pac-12 team, and they are clearly the better team here. Also, ASU will be missing their best player and playmaker, All-American wide receiver N'Keal Harry, who signed with an agent and will be skipping this game.

CHIEFS -3.5 over Chargers
The 3.5 point spread on this game basically indicates that the oddsmakers see these two teams as equal on a neutral field. I do think the situation here favors the Chiefs, who I think happen to be the better team, insomuch as they are at home in prime time in what should be some cold, December weather. I still have a hard time trusting Philip Rivers in big spots like this, and that is backed up by the Chargers' 3-7 record in their last 10 rime time games, and Rivers' 2-10 record in his last 12 road games in the division. The Chiefs clinch the AFC West with a win, and take a big step to clinching the number one overall seed in the AFC.

BILLS -1.5 over Lions
This time of the year, there are 4-0 teams that have cashed it in, and there are 4-9 teams that are frisky and still playing with a hop in their step. The Falcons, for example, are a 4-9 team that looks ready to go to Cabo. The Bills, on the other hand, are 4-9, but they're still playing hard for head coach Sean McDermott. Rookie Josh Allen still can't hit the broad side of a barn throwing the ball, but he's magically turned into the white Lamar Jackson, rushing for over 100 yards in each of the last two games. The Lions outdoors in December are a recipe for death, if you're thinking of betting them — 1-8 ATS since 2011. I'll go with the home team in cold weather here.

VIKINGS -8.5 over Dolphins
Last week, we faded Kirk Cousins in a prime time spot and he rewarded us with a vintage Kirk Cousins prime time game, a 21-7 Vikings loss in which the Vikes didn't score until they were down 21-0 with under two minutes to go in the game. Now, we get Cousins in a great spot to back him, as a big favorite, at home, on a Sunday afternoon. The Vikings, amazingly, at 6-6-1, still would be the second wild card team if the season ended today. The Dolphins, meanwhile, are coming off of the miracle play in the video above. Worth noting, the three other teams to beat the Pats this season are 0-3 SU and 1-2 ATS the next week. Only the Titans are rated lower in DVOA among teams that are .500 or better. In other words, the Dolphins are a phony 7-6.

GIANTS -2.5 over Titans
Hey, speaking of the Titans! Before now, there have been two points in this season where the public REALLY started to believe in the Tennessee Titans. First, it was when they beat the Eagles in Week 4 to go 3-1 on the season. What happened next? The Titans lost to the Bills and Ravens — straight up AND ATS — in back to back games. Then the Titans regrouped, and they managed to beat the Patriots in Week 10, and what happened next? Blowout losses to Indy and the Texans. Now, here they are, fresh off a blowout of the Jags, at 7-6, with playoff hopes still alive. The Giants are the better team, they're at home, and the Titans are choking dogs in spots like this. Give me the Giants, especially at less than a field goal.

Bucs +9.5 over RAVENS
The Ravens are in the mix for a division title, sitting a half game back of the Steelers. Lamar Jackson has pumped some life back into a team that had the life taken from them for the last four years by the black cloud that is Joe Flacco (and Joe Flacco's contract). That said, I don't know that I trust them as a 9.5 point favorite against anybody with their style of play — defense, grind it out, run the ball. Tampa Bay can score points enough points to cover this number, and this game is sandwiched in between the Chiefs and the Chargers for the Ravens, a tough spot to cover a big number.