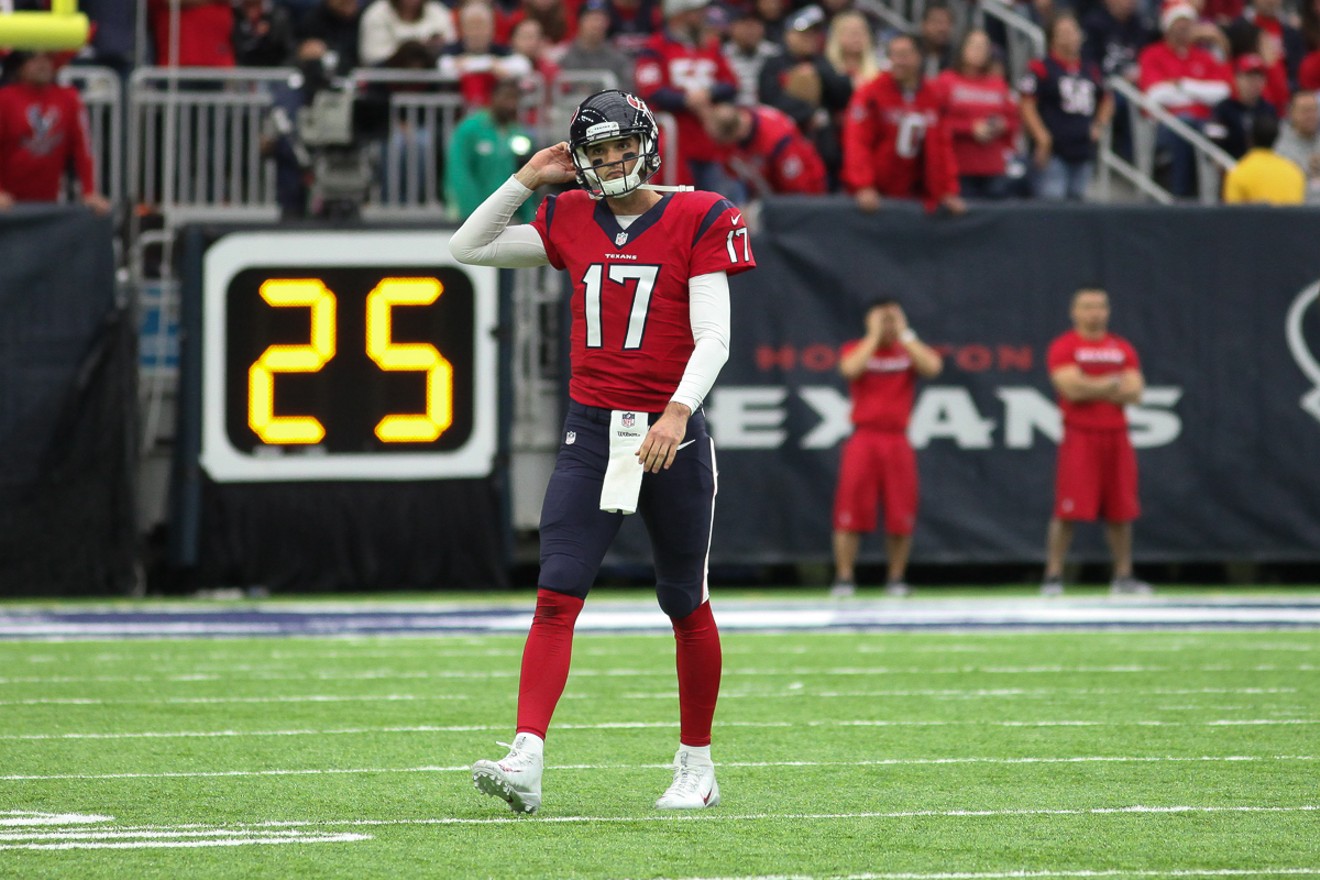 Brock's contract is the worst in Houston history, but Chris Paul's is headed that way. Photo by Eric Sauseda
When the Rockets traded for Chris Paul in the summer of 2017, with one year left on his deal, we all knew that there would be a long-term contract extension coming after the 2017-2018 season. Also, we all knew that the deal would be a max deal, and it would be freaking painful to look at the salaries in the last couple seasons of the deal, given Paul's relatively advanced age.

All of that came true when, last summer, Paul inked a four year, $160 million deal that would take him to the age of 37, a pretty scary thought given Paul's balky hamstrings and history of soft tissue injuries. Now, after a postseason that saw some very uneven play from Paul, to say the least, the Rockets remain on the hook for three years and $124 million of Paul's extension. Not good times.

I would imagine that Daryl Morey is making every effort to move Paul to some unsuspecting foe, but even the wizard Morey may not be able to pull that off. Instead, we are probably left here to watch Paul continue to slow down to a gradual crawl over the next three years. This will ultimately, probably sooner rather than later, put Paul's contract into the same conversation as some of the worst in Houston's sports history.

Here are a few that immediately come to mind:

MATT MALONEY
The Contract: 7 years, $17 million
The Rationale: Maloney started 160 of a possible 164 games his first two years in the league, averaging around nine points a game at point guard for a team with three future Hall of Famers in the starting lineup. So, as a cost effective option, the team gave Maloney a seven year deal before the 1998-1999 season.
The Outcome: Maloney played 15 more games as a Rocket before being waived in November 1999, so the $17 million deal was essentially a gigantic parting gift after his first two seasons.

KELVIN CATO
The Contract: 6 years, $42 million
The Rationale: Cato came over in the Scottie Pippen trade on October 2, 1999. On October 15, 1999, he recorded a preseason triple double (20 points, 13 rebounds, 12 blocked shots) in a preseason game. So naturally, on October 28, 1999, less than a month after being acquired, Cato was given a 6 year, $42 million deal.
The Outcome: Cato would go on to average 6.2 points and 6.2 rebounds per game in five very lackluster seasons for the Rockets. He would get shipped off to Orlando as part of the Tracy McGrady deal prior to the 2004-2005 season.

ED REED
The Contract: 3 years, $15 million ($5 million guaranteed)
The Rationale: The Texans were coming off a 12-4 season in 2012 where they bowed out in disappointing fashion to the Patriots, so to get some leadership on the squad, they signed Reed, who was coming off of a Super Bowl win in Baltimore. Seemed like a perfect marriage!
The Outcome: It wasn't. Reed came into training camp injured, didn't see the field until Week 3, and finished his Texans career with 16 tackles in seven games, and no turnovers forced. He also trashed the coaching staff on the way out the door, as he was released and signed with the Jets. Reed's career was done after the 2013 season ended.

CARLOS LEE
The Contract: 6 years, $100 million
The Rationale: With the nucleus of the 2005 NL Champions pretty much gone, Astros owner Drayton McLane was trying to extend the window of competitiveness, so signing Lee, who was coming off two straight All-Star seasons made some sense.
The Outcome: Lee wasn't awful as an Astro, as he averaged almost 100 runs batted in per season from 2007 through 2012, but the problem was twofold. First, he was overweight, and clearly not interested in improving his game nor staying in shape. Second, the team began a gigantic teardown three seasons into his deal, and paying him $16 million per year made no sense on a mediocre also ran.

BROCK OSWEILER
The Contract: 4 years, $72 million ($37 million guaranteed)
The Rationale: After two seasons with six different starting quarterbacks, the Texans had to take a swing at a franchise quarterback, so they were able to secure Osweiler, who was 5-2 as a starter for the Super Bowl champion Broncos in 2015.
The Outcome: The Texans were actually all right on the field, going 9-7 and winning the AFC South behind a stellar defense, but Osweiler was an abject failure, as he was benched late in the season and feuded with Bill O'Brien behind the scenes. The Texans gave the Browns a second round pick just to TAKE Osweiler off their hands after one season.