There Was No Shooter at Heights High School Tuesday 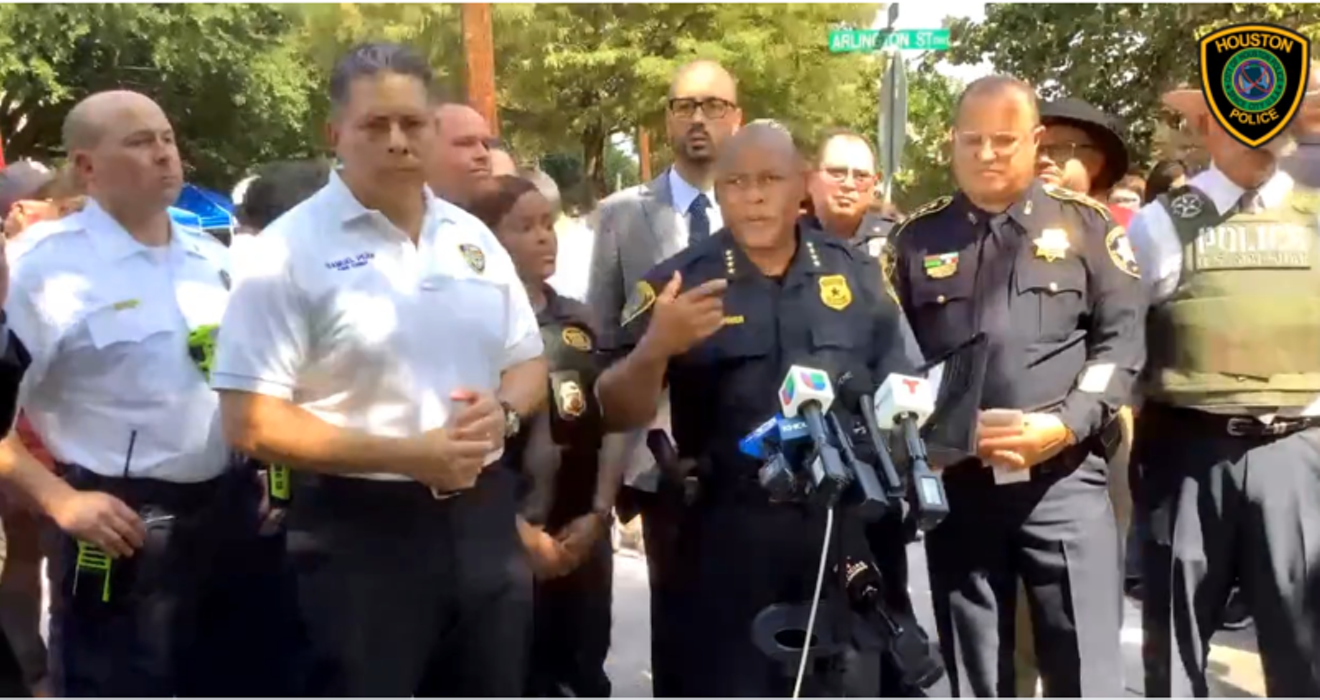 HPD Police Chief Troy Finner addresses the press conference after the all clear was given at Heights High Tuesday. Screenshot
There was a threat but no shooter. There were rumors that 10 kids were taken to the hospital - also not true. Parents of students at Heights High School had a very bad day Tuesday, but far from the worst.

Someone called in a false report that there was an active shooter on campus a little after 1 p.m. to Constable Alan Rosen's office. According to the caller, shots had been fired and the caller even specified the location: Room 213. As law enforcement of all sorts — including the FBI — and Houston Fire Department officers descended in droves on Heights High at 413 E. 13th Street, the school was locked down as were nearby Hogg Middle School as well as Harvard and Travis Elementary schools.

In a quick press conference after the school had been searched and cleared. Houston Police Chief Troy Finner said "We have no injuries here. Thank God for that."

Finner said officers didn't hesitate to breech the locked door at Room 213 "considering what happened recently" — obviously alluding to the delayed reaction at the Uvalde Elementary where 19 students and two teachers were shot to death while law enforcement considered its options.

Actually, HISD officials got the earliest call, but it was a report of two students fighting at the high school. This part was true. Once school officers began their search of the building for the fighters, they were told by HPD about the shooting claim. 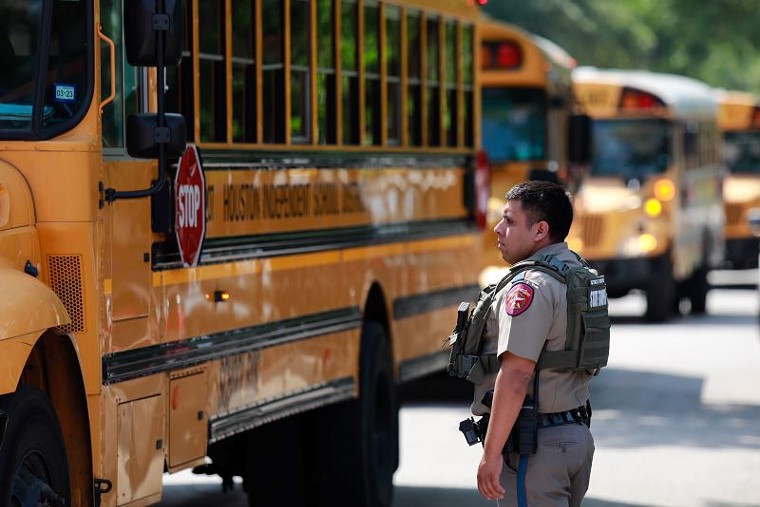 Buses had to change their schedules for the early release.
Photo by Reggie Mathalone
HISD Deputy Superintendent Rick Cruz also addressed the group. "We're grateful that today was a false alarm." He and others pledged that whoever is responsible will be tracked down and prosecuted.

Houston Fire Chief Samuel Peña said besides the huge investment of resources in responding to the bogus call, there was the unnecessary pain and panic caused for the parents, many of whom flocked to the school.

HISD buses made an early run to the school to handle the students who were released sooner than the normal school day.

Relief was plain on the faces of officers from the Sheriff's Department.
Photo by Reggie Mathalone
KEEP THE HOUSTON PRESS FREE... Since we started the Houston Press, it has been defined as the free, independent voice of Houston, and we'd like to keep it that way. With local media under siege, it's more important than ever for us to rally support behind funding our local journalism. You can help by participating in our "I Support" program, allowing us to keep offering readers access to our incisive coverage of local news, food and culture with no paywalls.
Make a one-time donation today for as little as $1.