The Changing State of Houston Given the Coronavirus Scare [UPDATED] 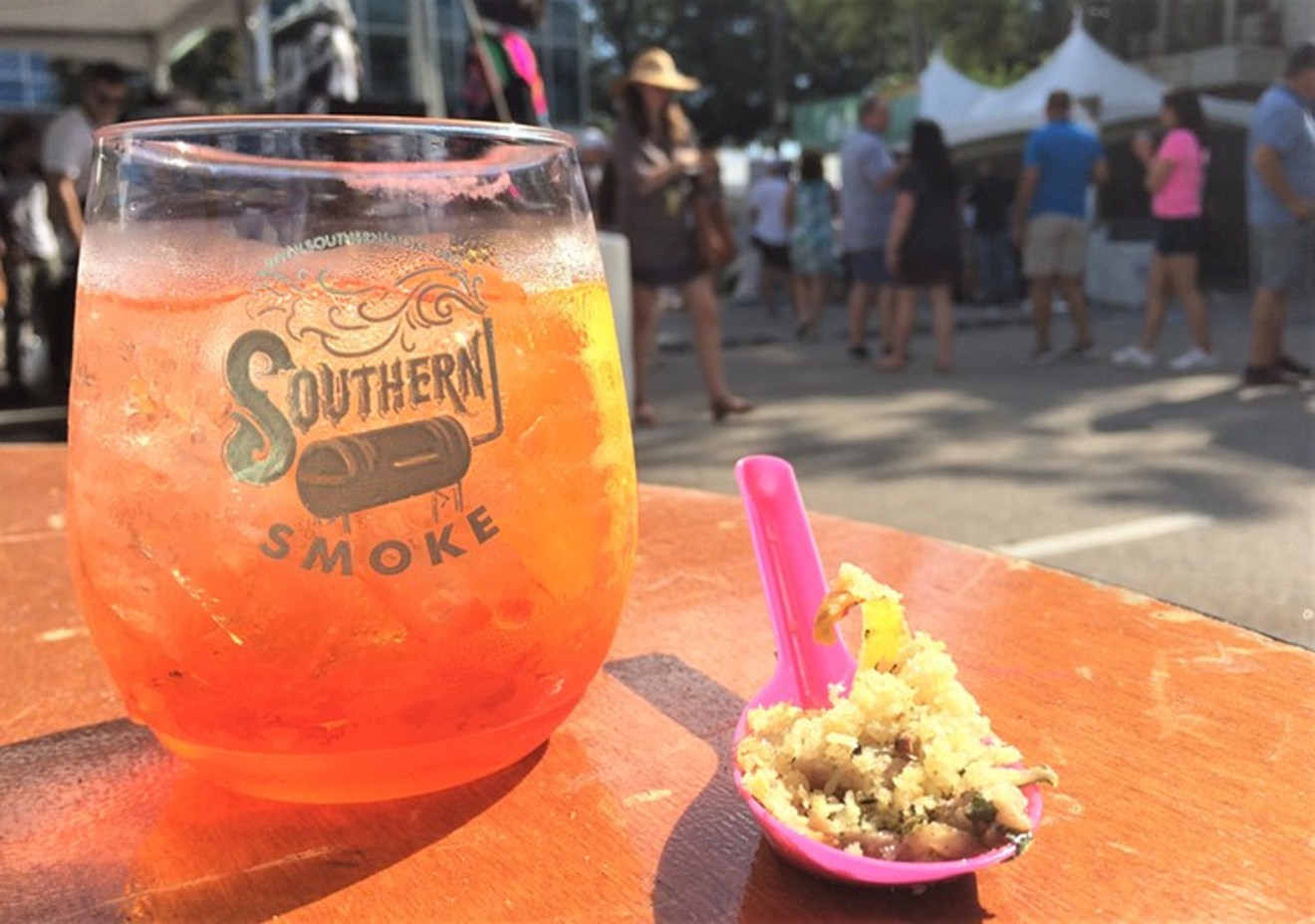 Up in smoke for this year. Photo by Lorretta Ruggiero

Houston Independent School District has just announced that it will close all schools and district offices beginning Friday, March 13 until Monday, March 30. Classes will resume on Tuesday, March 31.

The action came after Houston Community College informed HISD that there was possible COVID-19 exposure at two of its campus locations. "Since some HISD students also take classes at these campuses, out of an abundance of caution, the district has decided to cancel classes tomorrow," the HISD statement said.

Also all Spring Break camps and UIL events have been cancelled. Elsewhre, Alvin ISD, Clear Creek ISD, and Dickenson ISD are all on spring break this week and have decided to keep schools closed next week (March 16-20). Fort Bend ISD, on Spring Break this week, is also cancelling school the next two weeks.

Mayor Sylvester Turner announced he was issuing at executive order suspending water service disconnections since it's important that everyone have access to clean water amid efforts to stop the spread of the disease.

And the XFL has canceled the rest of its season. Which means, the Houston Roughnecks are the only undefeated team in the entire league's first season.

Amid increasing concern in the Houston area about the possible spread of the COVID-19 virus, more notifications are trickling in that events are being postponed or canceled. To date, however,  Originally,this hadn't affected Houston's theater stages as organizers said performances were going on as planned at any number of venues, albeit with added sanitary precautions.

At 12:40 p.m., however, the Houston Ballet announced it was postponing its mixed-rep program Forged in Houston until May. It had been scheduled to open tonight. The statement read: "Houston Ballet has decided to cancel this month’s performances of Forged in Houston. After the difficult decisions made yesterday by Mayor Turner and Judge Hidalgo, we have reevaluated and will support the decision to take precautionary measures for the greater good of our community. We look forward to keeping this program in our season by moving the dates to May 21-31, which were originally held for our From Houston to the World program. Current tickets holders for these performances can expect immediate communications via email for further information about the canceled program dates, March 12-22. As our city knows hardship intimately, we take great pride in our team’s preparedness to support our fellow Houstonians as we navigate what’s next."

At 3:19 p.m. the Alley Theatre anounced it was cancelling all performances and events because of the virus. Information for ticket holders can be obtained by calling 713-220-5700 or by visiting boxoffice@alleytheatre.org.

And in jaw dropping news, Live Nation announced it was shutting down all tours around the world through the end of the month. In New York City the Broadway League announced all of Broadway's shows will be suspended through April 12.

Julia Maldonado, presiding judge of Harris County's family courts has just announced that unless a case is designated as essential, "all in-person hearings and trials will be continued until further notice" — as in, they won't be taking place. She defines essential court matters as including protective orders and family violence, CPS cases, and others. She urges attorneys to contact their assigned court about whether a case of theirs is going forward or will need to be re-set.

Harris County District Courts have suspended jury service from Friday, March 13 through Friday March 20. Anyone who has received a jury summons for these dates does not need to appear and does not need to reschedule.

Announcing in a statement that "We are incredibly bummed," representatives of 8th Wonder Brewery said they have postponed their 7th Annual Celebr8ion scheduled for Saturday, March 21. Seven bands were scheduled to play. Refunds will be offered on all tickets.

Chris Shepherd's South Smoke Spring at The Revaire on March 28 is cancelled.  In a statement, Shepherd said:  "This was a heartbreaking decision for us to make, as we were on pace to raise more than $200,000 for the Southern Smoke Emergency Relief Fund for food and beverage industry professionals in crisis. We know they will need the support of Southern Smoke more than ever in the coming weeks and months. Our hope, as always, is to be ready to support those in the industry in crisis who are unable to work due to illness, natural disasters or other catastrophic events that render them unable to earn a living. Houston’s robust culinary community soldiers on, and we hope that you will continue to patronize local bars and restaurants."

All Miller Theatre outdoor performances have been postponed to later dates. "Hands Percussion Malaysia (March 20) and Noche Caliente (March 21) will be rescheduled. Dates will be announced soon. As of this time, HITS production Roald Dahl’s Matilda the Musical will take place as scheduled, April 2-4 and 9-11 at 8 p.m. Visit milleroutdoortheatre.com for further information."

Comedian Nick Kroll who was to appear on March 29 at the Wortham Center has cancelled.

The Japan Festival scheduled for May 2-3  in Hermann Park has been postponed till an undetermined date.

The Levy Park St. Patrick's Day Festival and all other events for this weekend at Levy Park have been canceled.

The good news bad news for Houston-based universities: with Spring Break for many they don't have to worry as much this week about classes, but where those students and university personnel go during their breaks is another matter. Rice went to virtual classes this week and may continue that depending on the COVID-19 developments.

Noon, 3-12-20: The Houston Community College System just announced that due to COVID-19 it is extending its school break by two more days till March 25. The announcment says this will give faculty and staff extra time to "prepare for the migration of select courses to hybrid [reduced classroom time for courses like welding that can't be online only] or full online modality."

Starting today, South Texas College of Law has switched to virtual classes and will re-evaluate after spring break scheduled for March 16-20.  University of Houston will began offering virtual classes March 23. Next week no classes will be held. In addition, large gatherings at the university are discouraged.

Meanwhile Houston ISD, still with no confirmed cases of COVID-19 is holding class this week with Spring Break next on March 16-20. When class resumes on March 23, HISD plans to temporarily limit all campus visitors with parents only allowed for pickups and dropoffs. Any volunteers who regularly come into the school, including parents there for official meetings, will have to  be screened by an HISD nurse before they can get in. The screenings will involve taking their temperature and questions about their recent travel and health-related symptoms.

And the fears are far from local. It has just been announced that Paramount Pictures will be delaying the worldwide release of A Quiet Place Part II. A local screening had been set for March 16. Also delayed: Blue Story and The Lovebirds.

Other cancellations and postponements:

12:10 p.m. 3-12-20: The Menil collection says that because of "travel complications as a result of the novel coronavirus" several upcoming speakers scheduled to come in from out of state have asked to postpone their tales. This includes the March 12 lecture with Renee Gladman, March 13 Artist Talk with Allison Janae Hamilton, and March 31 lecture with Mary Schmidt Campbell. New dates as they become available will be posted on menil.org.

Princess Cruise Lines has suspended operations for 60 days through May 11.

UT-Tyler has extended Spring Break thorugh March 20, then will have a week of virtual classes and re-evaluate the situation after that.

The Fresh Arts Comics Ball scheduled for March 28 has been postponed.

The McDonald’s All American Fan Fest that scheduled for Sunday, March 15 is cancelled.

The 18th Annual CASETA Symposium and Texas Art Fair scheduled for April 24-26 in Houston has been cancelled.

Buffalo Bayou Partnership announced it is suspending all events and programs including pontoon boat rours, cistern tours, Tai Chi Tuesdays and walking tours from today through April 1. Visit its website for further information.

Houston First Corporation is cancelling its Party on the Plaza concert scheduled for Thursday, March 26 and the remaining concerts on April 9 and 23 and May 7, have been put on hold.


Discovery Green issued this advisory at about 3:30 p.m. today:

The Discovery Green Conservancy is committed to operating the park as a source of health and happiness for all Houstonians. As such, the decision to cancel park events for the remainder of March was made with careful consideration after hearing from local officials and health experts. This includes the following events:

The Rink — Rolling at Discovery Green, The Lake House and The Grove will remain open. Please visit discoverygreen.com/faq or sign up for the park’s newsletter for up-to-date event cancellation notices and rescheduling information.

To help prevent the spread of the virus, Discovery Green has increased the frequency of cleaning and disinfecting bathrooms, drinking fountains, dog pumps, handrails and the playground. The operations team has installed paper towels in the restrooms and increased the number of hand sanitizing stations throughout the park.

Classical Theatre will be postponing its April production of The Marriage of Figaro. Information for ticket holders can be accessed by calling 713-963-9665 or email tix@classicaltheatre.org.

4:27 p.m. Bach on Harpsichord scheduled for Saturday is postponed and will be rescheduled for a future, unknown date. St. Philip Presbyterian Church has suspended activities through March 22.

Catastrophic Theatre will postpone production of its show The Book of Grace originally scheduled for April  3-26 until their 2020-21 season.

5:42 p.m. Society for the Performing Arts announced it will postpone all events originally scheduled for the rest of March. This affects the presentation of Drum Tao on Friday, March 27 at Jones Hall, which will be rescheduled for a later date. Ticket holders will be contacted.

The Houston Symphony has cancelled all remaining concerts in the month of March. Te concerts affected by the cancellations are: Adams’ El Niño, March 14 and 15; Swing to Rock with Dave Bennett, March 20, 21, and 22 and Mozart’s Piano Concerto No. 20, March 26, 28, and 29. The Chamber Music Series Concert with Cédric Tiberghien, previously scheduled for March 27, 2020 will now be rescheduled for a later date. The Symphony is asking patrons to either exchange or donate their tickets since the loss of anticipated revenue is considerable. Call 713-224-7575 for information.

The Contemporary Arts Museum Houston is suspending all public events until further notice.

Cirque du Soleil has cancelled its show ALEGRIA scheduled to run tonight through April 12. Cirque is looking to reschedule and will notify ticket holders. For information call 1-877-924-7783.

Stages theater at The Gordy has announced it is cancelling all performances through March 22. Call 713-527-0123 or visit boxoffice@stagestheatre.com for more information.

The Houston Holi celebration will be rescheduled to an unknown future date.

We will update this as we hear of more closings/postponements. Contributors to this story include John Amar, Sam Byrd, Jessica Goldman, Jennifer Lake, Doogie Roux and Susie Tommaney.
KEEP THE HOUSTON PRESS FREE... Since we started the Houston Press, it has been defined as the free, independent voice of Houston, and we'd like to keep it that way. With local media under siege, it's more important than ever for us to rally support behind funding our local journalism. You can help by participating in our "I Support" program, allowing us to keep offering readers access to our incisive coverage of local news, food and culture with no paywalls.
Make a one-time donation today for as little as $1.