Concerns Over Astros Bats Are Unnecessary 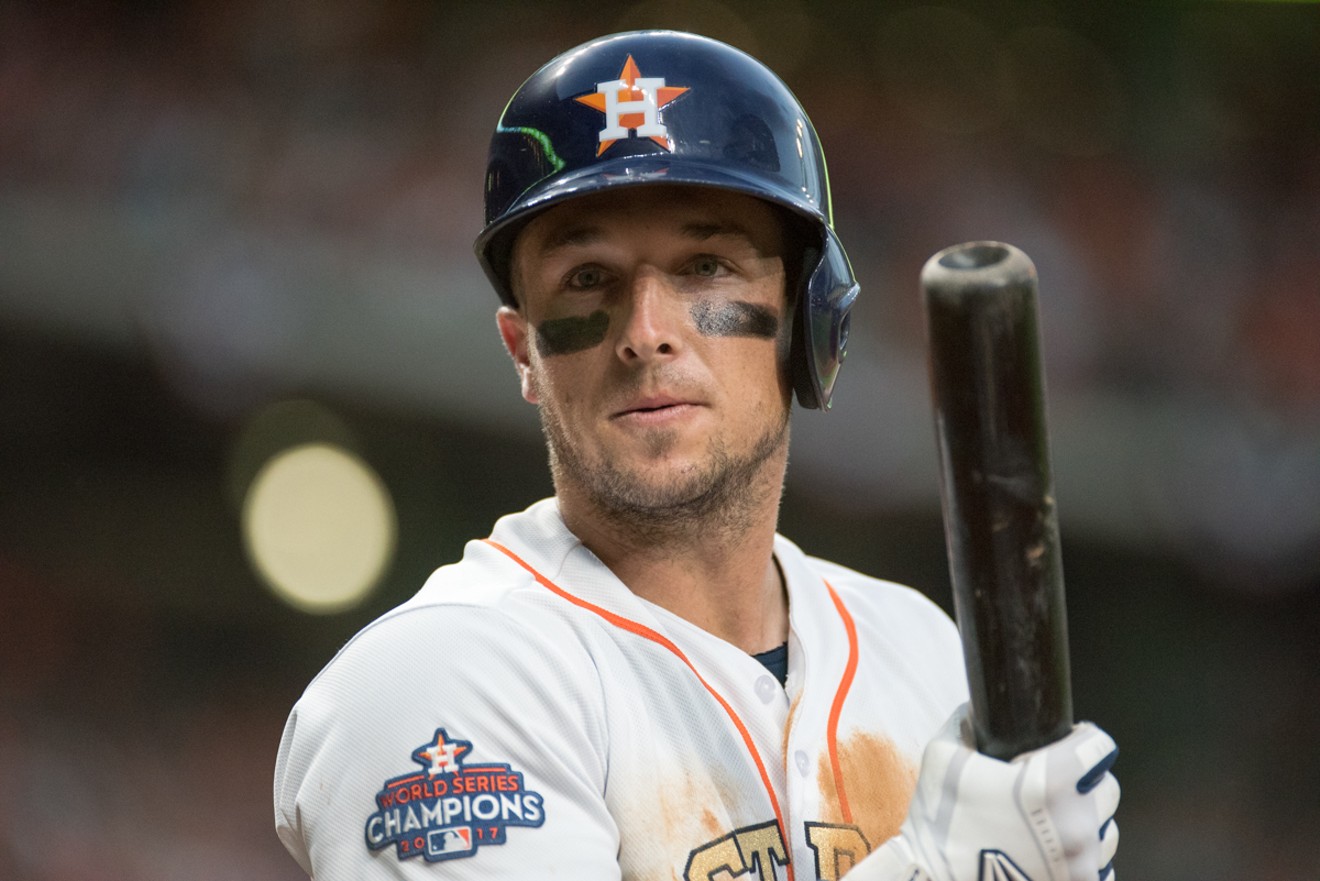 Been a rough start for Alex Bregman and some of his teammates at the plate, but no need to panic. Photo by Jack Gorman
During the first ten games of the Astros season, there have been rumblings online about the state of their bats early in the season. No one is worried that much about wins and losses because their starting rotation is 8-10 on quality starts and leads the majors with a ridiculous 2.00 staff ERA and an even more crazy 1.47 ERA at Minute Maid Park. But, with an anemic offensive output against the Padres over the weekend, a team no one considers near the top of baseball in starting pitching, some fans began to worry.

This is compounded when you look at some of the batting averages for the starting lineup. As of writing this, Evan Gattis, George Springer, Derek Fisher, Marwin Gonzales and Alex Bregman are all hitting at or below .212 with only two home runs between them, one of which came on the very first at bat of the season for Springer.

They are still winning, obviously, so it certainly stymies that feeling of panic a bit, but when you consider one of the best offensive squads in baseball has struggled a bit in their first ten games, Houston sports fans (not known for their patience or confidence) tend to freak out a little.

The good news is they are actually ahead of last season. In the first eight games of the 2017 season, the Astros were averaging just over two-and-a-half runs per game. They were 4-4 in those games, had been shutout once and had yet to win a series. Compare that with 2018.

In ten games this season, the Stros are 8-2 and are averaging over four-and-a-half runs per game, have yet to be shut out and have won every series. They rank eighth in batting average even with many of their starters well below average. There are some warning signs. They rank 23rd in strikeouts and are middle of the pack in most offensive categories, but there are rays of hope as well. 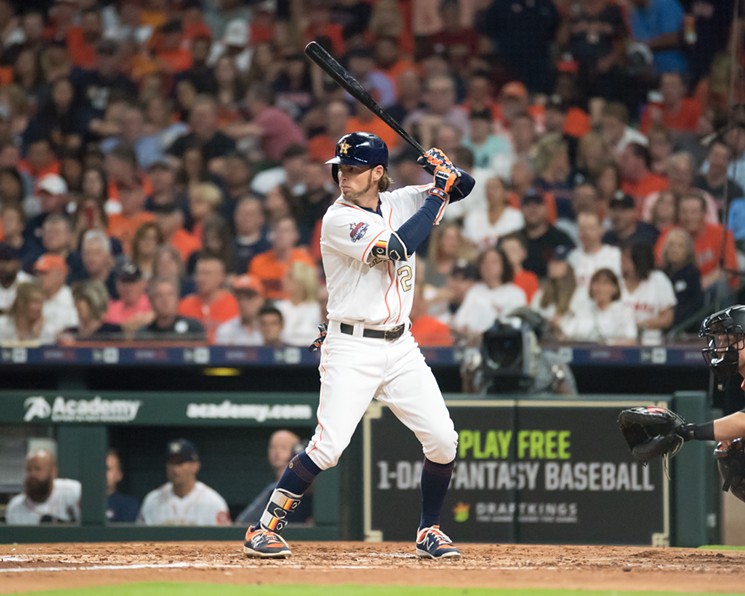 After a slow start, Josh Reddick has been a bright spot in the lineup.
Photo by Jack Gorman
Jose Altuve seems as good as ever even after cooling off slightly from his hot start. Josh Reddick came blasting out of his slump and is hitting .346 with three home runs. Max Stassi is hitting a cool .400 at the plate in his six games played and Brian McCann has looked great, hitting .386.

It is not uncommon for bats to struggle early in the season. The Astros came out of the gate slowly but blew up shortly thereafter and never relented. What makes this team so dangerous is when they eventually do get their mojo back at the plate, they are likely going to be providing runs for one of the best pitching staffs in baseball, something they didn't have in 2017.

In addition to their obscene starting ERA, their bullpen has been stellar. Only two players have ERAs over four and one of them is Joe Smith who gave up two runs in his first appearance and has not allowed a hit since (Ken Giles is a story for another day). Brad Peacock and Hector Rondon have not allowed a run, and Will Harris, Collin McHugh and Chris Devenski have allowed one run each.

For the moment, pitching is keeping the Astros in the win column most nights (that and some insanely bad fielding by the Padres), but their bats will come around. And when they do, there is going to be some scorched earth left behind them.