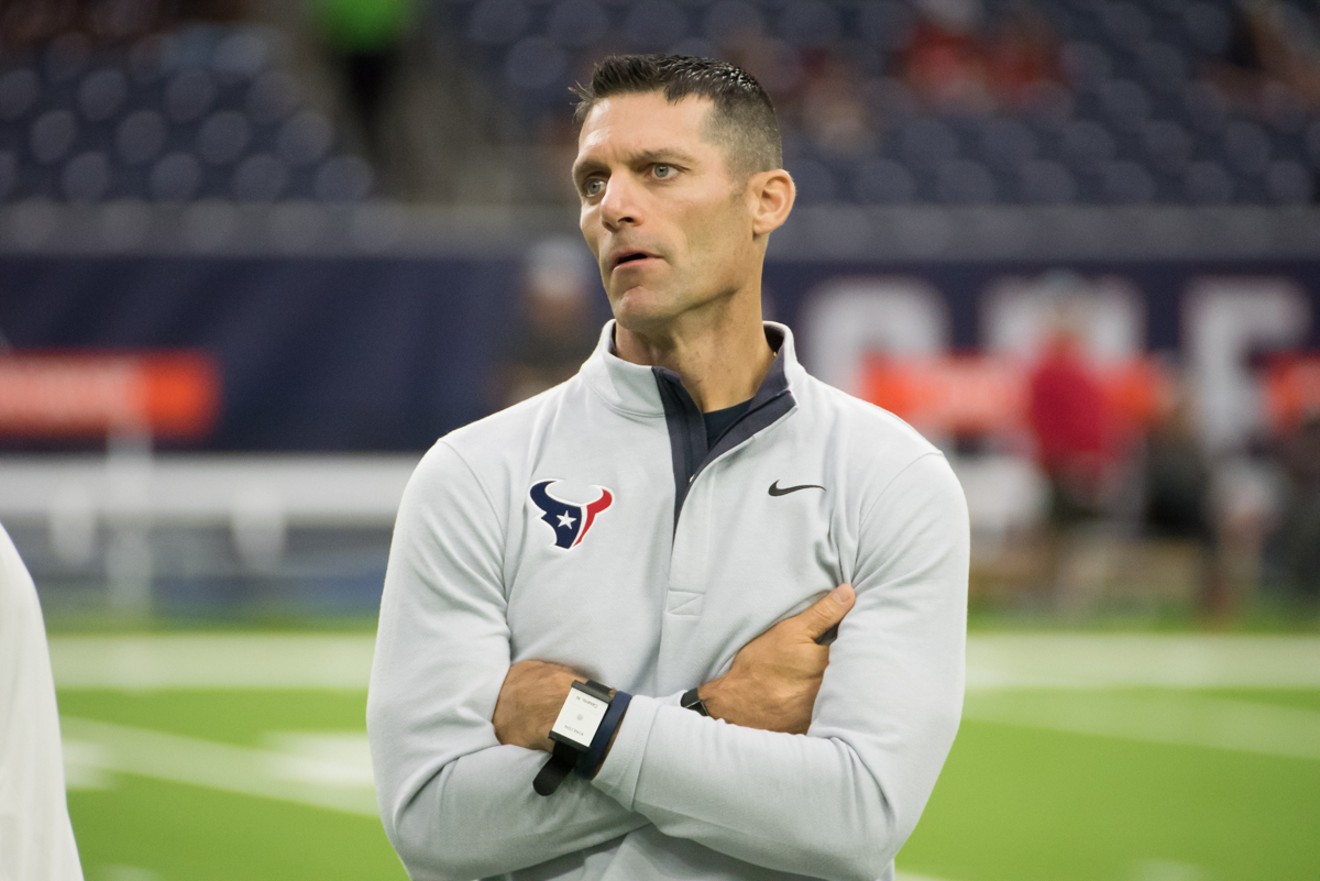 Add this to the fact that Texans GM Nick Caserio is making serious headway into digging out from underneath the rubble of the Bill O'Brien Era, and throw in the ongoing effort to reengage a fan base that has spoken loudly with a sea of empty seats last season, and yes... this draft week, where the rebuild really gets accelerated, is the most important week in the history of the franchise.

And Caserio is right in the middle of it. He is the architect that needs to redesign, reshape, and reimagine Houston Texans football. The wild thing is that we don't have a real great body of work for how Caserio will handle the situation he is in this weekend at the NFL Draft. In Houston, he's had one draft, last year, and he used five picks. The Texans, as of right now, have 11 picks, including seven of the top 108.

In his two decades working for Bill Belichick in New England, the Patriots rarely picked in the upper half of the NFL Draft. Now Caserio, as of right now, is doing it twice, at the 3rd overall pick and at the 13th overall pick, which was acquired in the Deshaun Watson trade. In New England, from 2002 through 2020, the Patriots picked twice in the top 13 picks across all nineteen of those drafts COMBINED!

So we have no real basis for what constitutes a "Caserio surprise," and yet I think there are still a handful of things Caserio could do this week where we would say "HOLY S#@T!" Here are a few:

4. Trading for Deebo Samuel (or any other contract-hungry veteran)
The San Francisco 49ers' dynamic wide receiver-running back hybrid player was the latest NFL superstar to ask out from his current situation, following in the footsteps of about ten other stars this offseason. Presumably, if the Niners were to move Samuel, they would want some high draft capital, at least a first round pick. Then, presumably, the team trading for Samuel would have to pay him $25 million per year (at least) for the next several years on a contract extension. The Texans, strangely enough, have been rumored to be one of the teams kicking tires on this scenario. It would SHOCK me if Caserio, whose whole life the last year has been about stacking draft capital and cleaning up old, risk-laden contracts, decided to forfeit lots of draft capital for a very risk-laden contract. (Samuel has missed significant time with injuries in 2020, and in multiple seasons during college.)

3. Using the 3rd and 13th overall picks on offensive linemen
I firmly believe there is no position off limits for the Texans in this draft, especially with the third overall pick — except quarterback, running back (take one or more sometime in Day 2 or Day 3), and specialists, with that first pick. Anything else is fair game. That said, if the Texans take an offensive lineman, such as NC State's Ickey Ekwonu or Alabama's Evan Neal, with the 3rd overall pick, I doubt they would take a second one with the 13th overall pick. The Texans don't have a good offensive line, but they do have significant resources already invested there, with tackles Laremy Tunsil and former first round pick Tytus Howard. Two offensive linemen drafted with those two first round picks would seem to veer into neglecting the rest of the roster.

2. Trading UP from the 3rd or 13th overall pick
The talk all along has been about Caserip's desire to trade DOWN from either or both of the 3rd and 13th slots in the first round, with the purpose of accumulating even more picks in this draft or future drafts. Caserio was very clear on Thursday last week that there has been very little interest from teams trying to move up to the 3rd overall pick. Maybe the 13th overall pick is a different story, but what about this — what if Caserio identified a player who was just significantly better than everyone else on the board when, say the 8th or 9th pick rolled around, and he decided to move UP to snag a player. That would be a surprise, given the narrative around Caserio just trying to get more swings at the plate with trades DOWN in this draft.

1. Using the 3rd or 13th pick on a quarterback
This would be a big one. Davis Mills had a nice rookie season. You could easily argue that, in 2021, Mills was the second best rookie quarterback in football, behind only New England's Mac Jones. Head coach Lovie Smith has said multiple times throughout this offseason that Davis Mills is going to be the team's starting quarterback. So, it would be a major "HOLY BLEEP!" moment if Roger Goodell announced the Texans were taking, say, Malik Willis with the 3rd pick, or Kenny Pickett with the 13th. I don't even know if Texans fans would be mad about it either. It would add one massively spicy storyline to a training camp that will feel far less spicy now that the Deshaun Watson drama has taken its act to Cleveland.

The NFL Draft starts Thursday night at 7 p.m. Houston Time, and can be seen on ESPN and the NFL Network, and followed locally on SportsRadio 610.