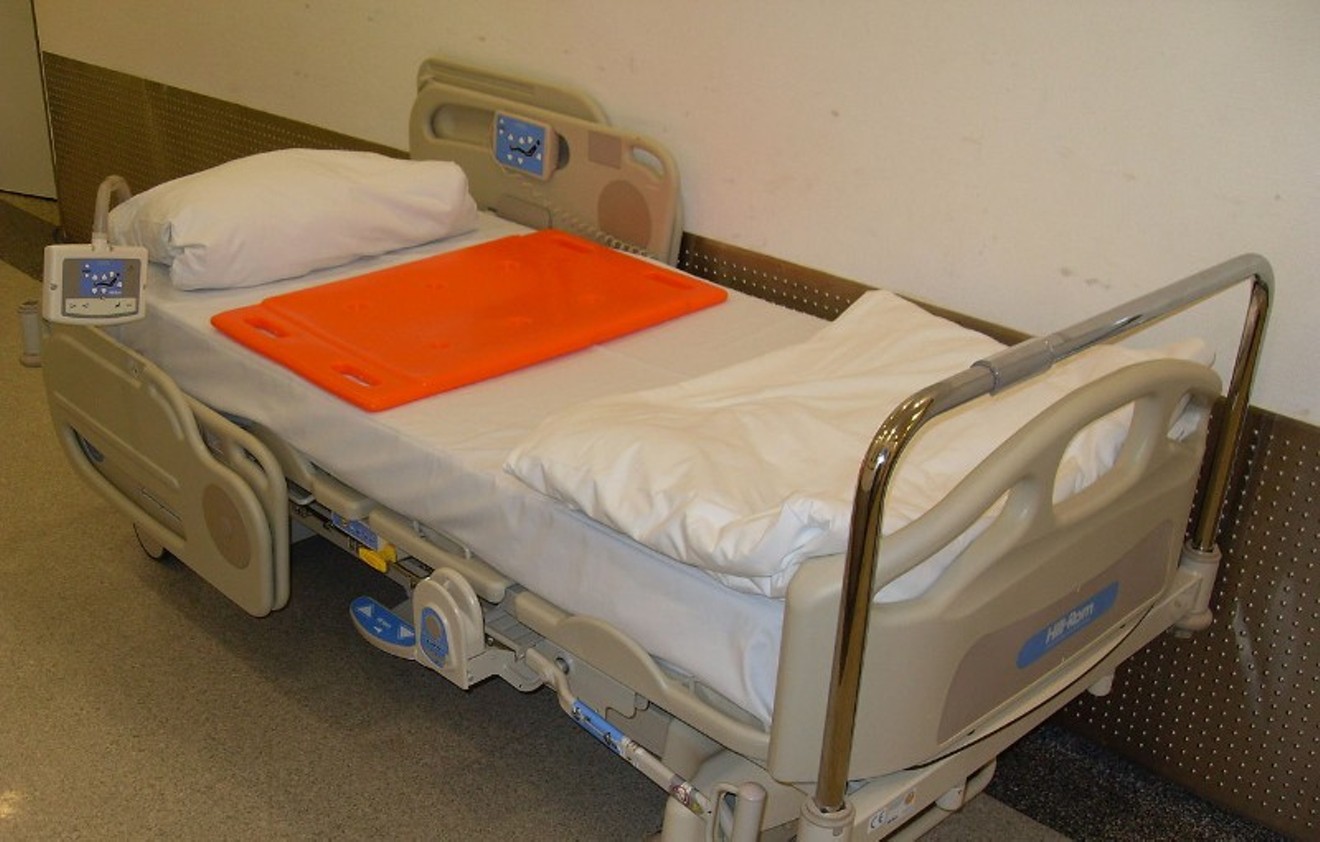 One local Houston resident with COVID-19 was told by a private emergency room facility that if he needed to be hospitalized, he may need to be sent as far as Austin or even out of state due to limited local hospital capacity. Photo by Blogotron, Wikimedia Commons


One Houston resident with COVID-19 was told on Friday by the private emergency room facility he visited that if he needed to be hospitalized, he could possibly be sent out of state due to limited local hospital bed capacity, the Houston Press has learned.

The patient in question, who requested to be referred to by the pseudonym Clark to protect his identity, visited the SignatureCare Emergency Center facility at 1925 East T C Jester Boulevard on Friday afternoon due to a high fever, fatigue, a heavy cough and breathing trouble. Clark said he received a rapid COVID-19 test, which came back positive 30 minutes later. He then spoke to a doctor who told him that they recently had to send a COVID-19 patient across the state to be hospitalized, but there was a chance he might need to be sent even further away.

He was shocked upon hearing the news. “I said 'Oh hell no, I’m not going out of state to die,'” Clark said.

Later during his visit, after receiving a chest X-ray, IV treatment and having his blood pressure and blood oxygen level measured in a different room, another doctor also told him that if he required hospitalization, he would most likely either need to be sent to Austin or to a hospital out of state.

After receiving treatment onsite for several hours, Clark’s condition wasn’t deemed severe enough to require hospitalization, and he was prescribed cough medicine, steroids and an inhaler. He admitted that he tried to put on a brave face and say that he was feeling better than he actually was due to his fear of potentially being sent so far from home.

Clark said that the situation as described to him was that SignatureCare Emergency Center was normally able to easily refer patients to be admitted to local hospitals without any issue. He was under the impression that due to the strain of COVID-19, many local hospitals may be prioritizing keeping their available beds reserved for patients from within their own hospital and provider networks, as opposed to making them available to privately owned facilities like urgent care centers or private emergency rooms like SignatureCare.

One close friend of Clark’s was so concerned by what he’d told her that she called St. Luke’s Health on 6720 Bertner Avenue, Houston Methodist at 6565 Fannin and Memorial Hermann Greater Heights at 1635 North Loop West to check on their COVID-19 bed capacity.

She explained to all three hospitals that a friend had been told by the private facility he visited that if he had to be hospitalized he would potentially have to be sent out of state, and asked if that was true or if they had beds available. At each hospital, she was eventually put in touch with someone who told her that they did not have any COVID-19 beds available for referrals at that time.

Houston Press reached out to Memorial Hermann, St. Luke’s and Houston Methodist about whether or not they were turning away COVID-19 patients referred by private healthcare facilities.

According to Erik Noriega from Houston Methodist’s public relations team, their hospital still has the capacity to admit COVID-19 patients and wasn’t specifically turning away patients from private providers.

“I’m not sure which hospitals are turning patients away, but it’s not us,” Noriega said.

Jade Waddy, Senior Media Relations Representative for Memorial Hermann, said in an emailed statement that their hospitals are “currently accepting patient transfers,” and that they are in the process of “actively expanding our available ICU capacity and beginning to reschedule less urgent inpatient surgeries and procedures to care for the increased number of COVID-19 cases in our hospitals.”

St. Luke’s Health responded to our inquiry with a statement that didn’t explicitly deny or confirm that COVID-19 patients referred by private healthcare providers might be turned away. “We take all patients in need of our care as long as we have the staff and resources to care for those patients. Additionally, we follow all the regulatory guidelines in regards to the acceptance of patients who need our services,” the statement read.

“At this time, we are bringing in additional staff and resources to further expand our capacity. We strive to provide compassionate care to our community when they need it and when they need us most, particularly during challenging times,” the St. Luke’s statement concluded.

When approached for comment, Houston Mayor Sylvester Turner’s press office referred to a question and answer session during the mayor’s press conference on Wednesday, July 1, during which Turner said he’d been informed by local hospital leaders that local hospital beds for COVID-19 patients were currently available, but that he remains concerned about rising case numbers potentially limiting local hospital capacity. However, his remarks did not specifically touch on the topic of COVID-19 patient referrals to local hospitals from private healthcare providers.

Harris County Judge Lina Hidalgo’s office did not immediately respond to a request for a comment on the situation.

This story will be updated if additional information comes in.
KEEP THE HOUSTON PRESS FREE... Since we started the Houston Press, it has been defined as the free, independent voice of Houston, and we'd like to keep it that way. With local media under siege, it's more important than ever for us to rally support behind funding our local journalism. You can help by participating in our "I Support" program, allowing us to keep offering readers access to our incisive coverage of local news, food and culture with no paywalls.
Make a one-time donation today for as little as $1.