As the Defense Goes, So Go the Rockets 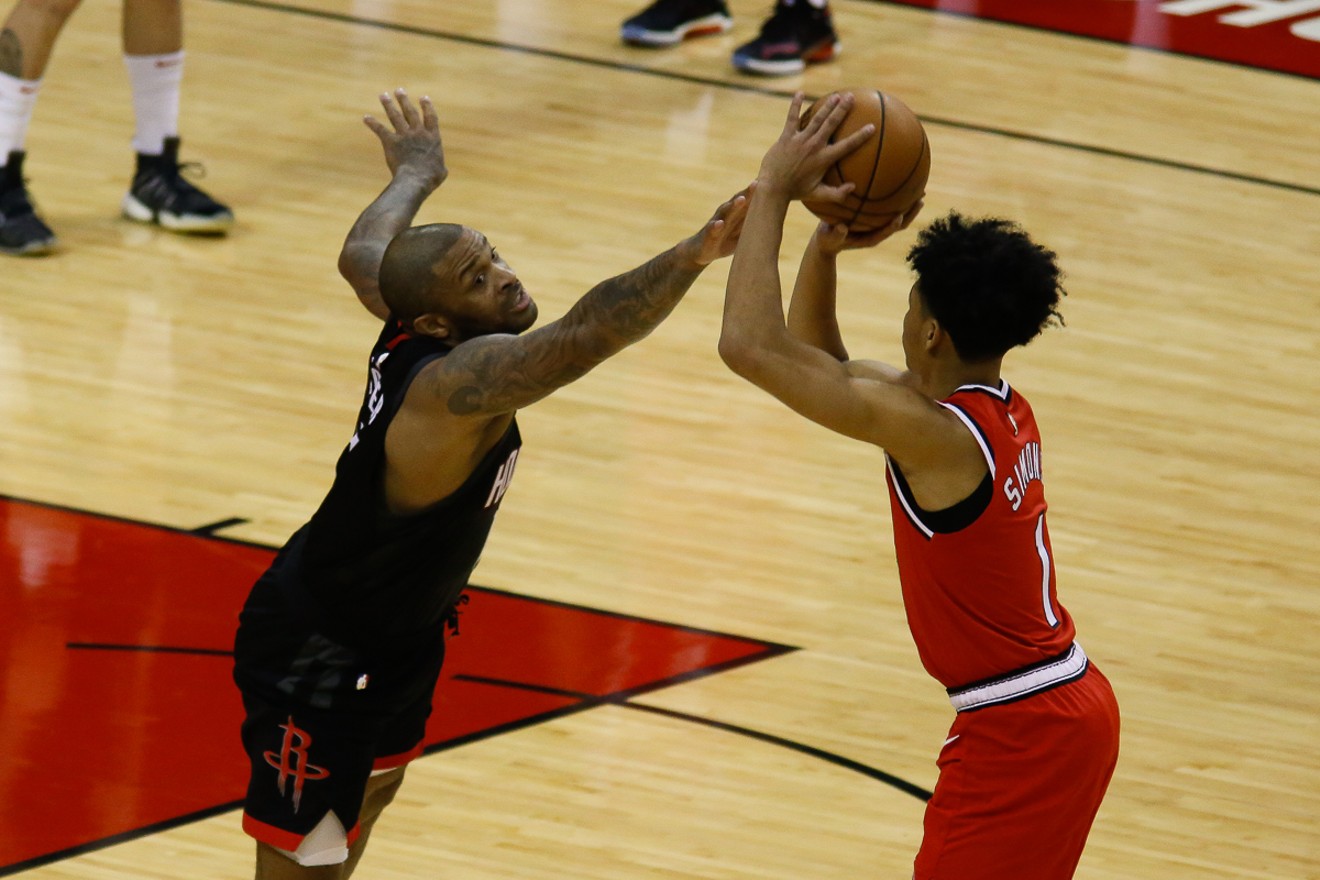 Defense remains the Rockets biggest weakness. Photo by Eric Sauseda
After seven straight wins, the Rockets dropped the last three in a row, the most recent to the Dallas Mavericks Sunday afternoon at Toyota Center. With all the ups and downs thus far this season, it might be tempting to focus on the superstar pairing of James Harden and Russel Westbrook. National media will likely take that approach, but looking closer, the issues appears to be less about the chemistry in their backcourt and more due to sporadic defensive performances.

In the first six games of the season, the Rockets defensive rating was 29th out of 30 teams. In the next eight, all wins, they were second. Going from second worst to second best is quite a remarkable turnaround even in a small sample size. However, in the last three losses, they have regressed falling back to 22nd.

In the early games, it is easy to blame a lack of cohesiveness along with a couple of really anomalous games (allowing 158 to Washington and getting drubbed in Miami). In the next 11, they were much improved, particularly given the struggle with injuries and tougher schedule. But playing three of the best four teams in the conference this past week took its toll.

Simply put, this is a team that is still not fully formed. Coach Mike D'Antoni still doesn't have his rotations completely solidified — injuries certainly haven't helped on that front — and there are additions to the roster who are still learning the team's strategy. Those items combined have resulted in sometimes erratic performances on the defensive end.

All that is compounded by being one of the worst teams in the NBA in giving up fast break points and points off turnovers. Both can be traced, at least in part, to giving up long rebounds on three pointers — they take more of those than anyone — and allowing easy baskets off turnovers.

Some of that can be fixed and some might require outside help. The Rockets are vertically challenged and teams have taken advantage of that weakness with length. While the Rockets tend to counter with smaller lineups, trying to make teams adjust to them, that requires accurate switching and rotations defensively, something the team just hasn't had consistently.

Ultimately, the Rockets don't need to be a top ten defense to win, even in the playoffs, but they can't be bottom third. More than anything, that requires a commitment to the defensive end of the floor, particularly in the paint and off the glass. If they aren't able to address those issues, either through a change in strategy and personnel moves that could give them more length in the front court, they simply won't have the defensive numbers to get it done against the best team in the league.

Fortunately, there is plenty of time to get it worked out. That begins Wednesday against a Miami team that embarrassed the Rockets in Miami. No better time than the present.
KEEP THE HOUSTON PRESS FREE... Since we started the Houston Press, it has been defined as the free, independent voice of Houston, and we'd like to keep it that way. With local media under siege, it's more important than ever for us to rally support behind funding our local journalism. You can help by participating in our "I Support" program, allowing us to keep offering readers access to our incisive coverage of local news, food and culture with no paywalls.
Make a one-time donation today for as little as $1.