An Increasing Number of Politicians Get Bitten By the Crypto Bug 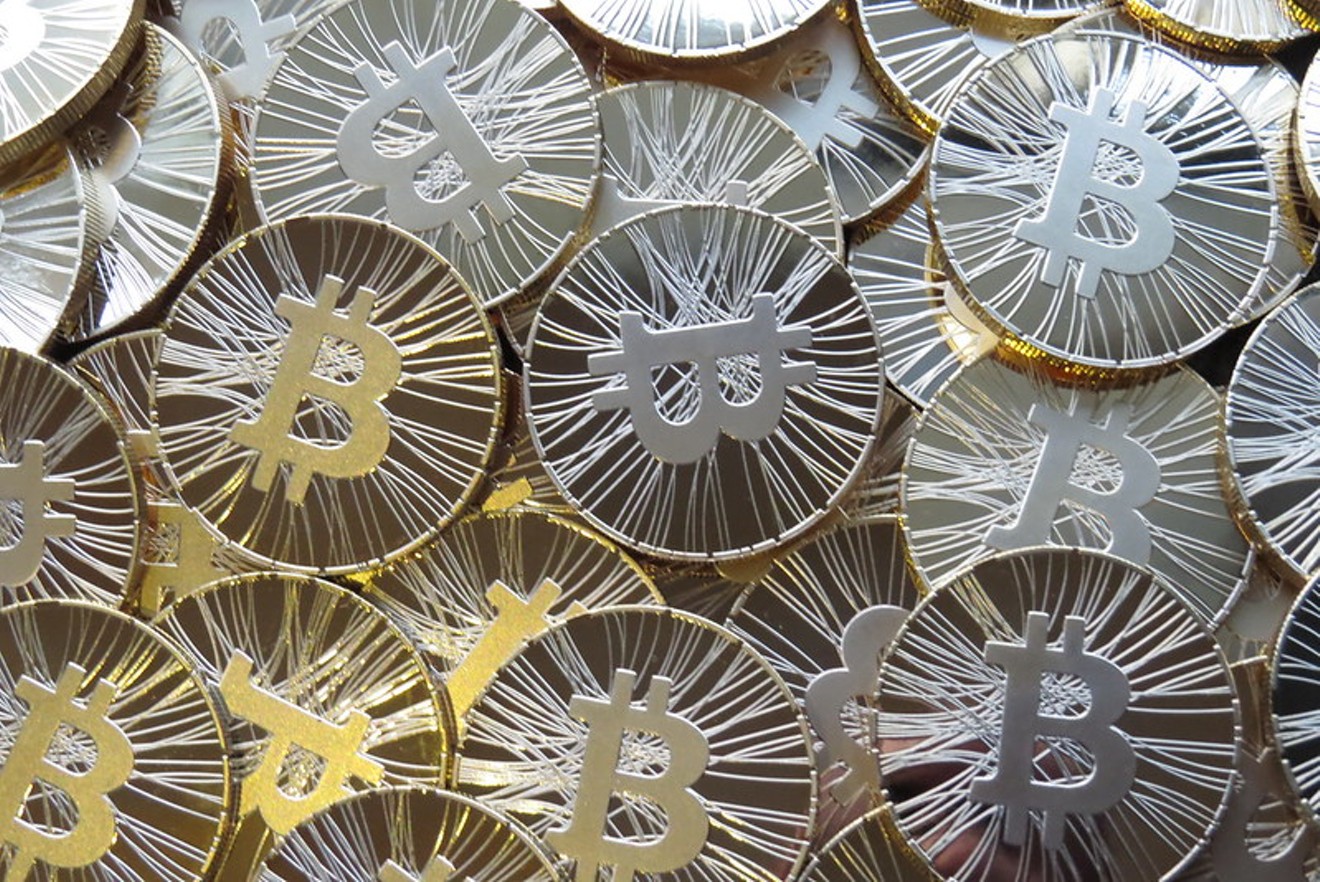 Coming soon to a government near you? Photo by Antana/Flickr
Cryptocurrency may be coming to a Texas government in 2023. Turns out there has been an upswing in the number of politicians across the country who think it's a good idea to bring it into government and this state has its share of adherents.

Take for instance the 2022 midterm Libertarian candidate for Llano County Treasurer, Joe Burnes, who is really into Bitcoin.

“Governments drive adoption? Sure, if you consider runaway printing of fiat which robs value and subesquently [sic] motivates people to buy Bitcoin...then yeah, they drive adoption,” he recently said on Twitter in response to a pro-Bitcoin posy by investment YouTuber Anthony Pompliano. Burnes then added, "LOL".

Burnes formerly ran as a Libertarian in 2020 for Texas Congressional District 19, garnering 2.4 percent of the vote. The race was handily won by Republican Jodey Arrington.

Though listed as the candidate for treasurer on the official Libertarian Party of Texas site, Burnes does not seem to be doing much actual campaigning. He spends most of his time promoting cryptocurrency and trolling people who aren’t doing as well as he is.

You're supposedly a trader and can't retire off that? Lololololol

Bruh. Your internet go down? You send that tweet via carrier pigeon? Lol. Check your portfolio.

Dallas-Fort Worth real estate developer and Republican Don Huffines, who is currently running for governor of Texas, has also pledged to make the state a “citadel” of Bitcoin if elected.

Burnes did not respond to multiple requests for comment about him possibly introducing crypto into Llano County government, nor has he expressed specific plans to do so.. Nonetheless, his entry into the race is part of a disturbing trend.

Bitcoin and other cryptocurrencies may be heralded by their adherents as the money of the future, but more and more people are discovering the whole exchange is closer to a giant pyramid scheme. Because of the processing power required for each transaction, Bitcoin is mostly useless for day-to-day buying activity. Though nominally decentralized, the market has increasingly come under the control of several unregulated bank-like entities that essentially do the job of current world currencies, just worse. Bitcoin and other cryptocurrencies function more as a commodity, and the only possible payout in the end is cashing out for dollars.

The way a good pyramid scheme continues to operate is by bringing in more people at the bottom. Introducing Bitcoin into government is a fine way to accomplish that. The Libertarian Party of Texas seems happy to push that, as their dues can be paid in Bitcoin. In Arizona, Republican State Senator Wendy Rogers has filed legislation to make Bitcoin legal tender there.

Dan Olson is the creator of the incredibly detailed Bitcoin video essay Line Goes Up – The Problem With NFTs. He says that while researching for the essay, he noticed a lot more attempts by politicians to get Bitcoin into local and state government.

“I think it's just starting to form into something more coherent and organized.” Says Olson. “Where for most of the last decade it's mostly been Libertarian Party candidates who have crypto as just one bullet point in their platform to, like, do away with drivers’ licenses, I get the sense that there's a newer more mainstream, more local crop that are more focused on promoting crypto via positions in government (like the proposal in Arizona that will almost certainly be struck down as being extremely unconstitutional). I also know that the industry has ramped up a pretty substantial lobbying wing that's not just three kids in a trench coat.”

Long term, it’s very unlikely that a few random conservative politicians will end up forcing Texans to have a crypto wallet, but we should know that they are currently trying.
KEEP THE HOUSTON PRESS FREE... Since we started the Houston Press, it has been defined as the free, independent voice of Houston, and we'd like to keep it that way. With local media under siege, it's more important than ever for us to rally support behind funding our local journalism. You can help by participating in our "I Support" program, allowing us to keep offering readers access to our incisive coverage of local news, food and culture with no paywalls.
Make a one-time donation today for as little as $1.