Why Do Trump Fans Keep Bringing Up Communism? 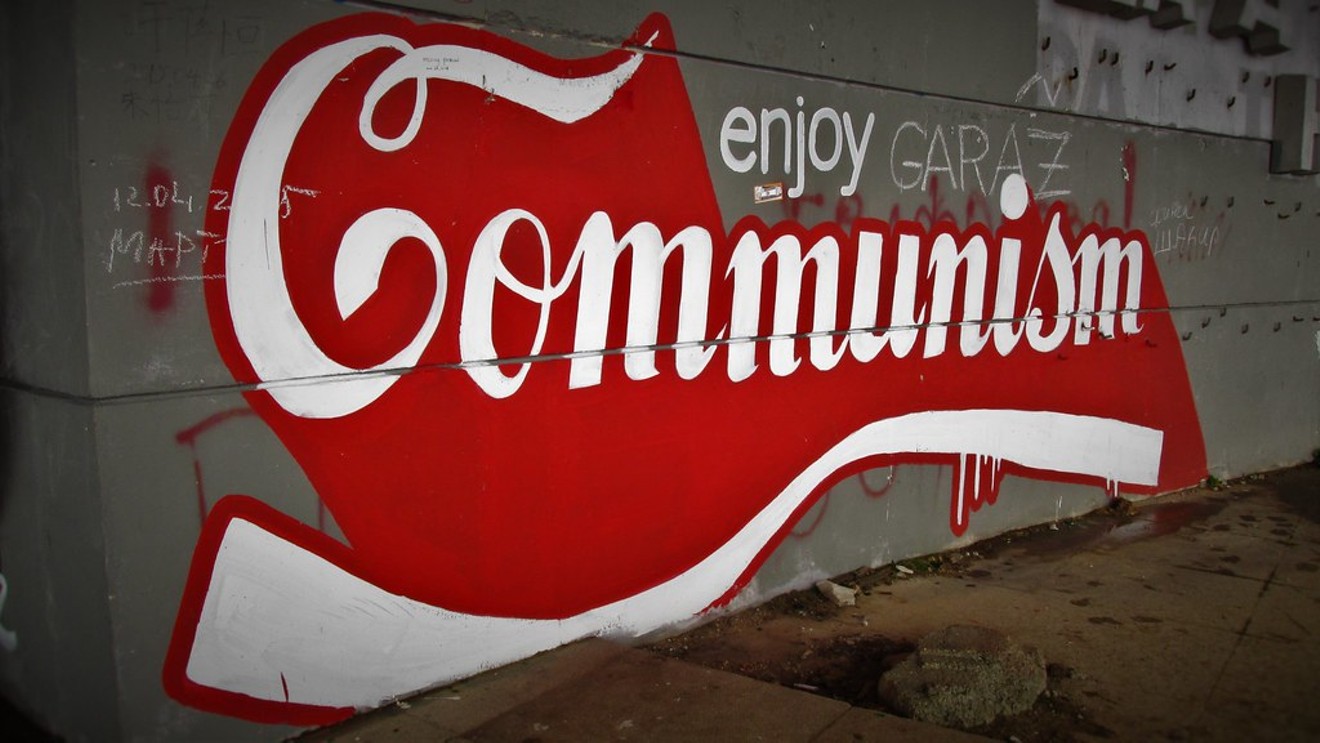 I prefer Communism Zero. I'm watching my calories. Photo by Rumena Zlatkova via Flickr
If you write a lot about the evils of American fascism like I do, you tend to get plenty of angry Trump fans in your inbox. Almost as if there was a connection or something. One of the things that comes up a lot is communism for some reason. Here’s a lovely local gentleman who threatened to beat me up and rape me after I reported on the band Horna, who has unsettling Nazi affiliations, playing at White Swan. He’s not racist; he’s just very opposed to communism.

If you’re like most Americans, you don’t even know any communists, let alone vote for them. It’s true that as late-stage capitalism has us all employed but broke, more and more people are open to the ideas of Karl Marx. As Lindsey Weedston shows in an excellent article for The Establishment, communists are still outnumbered by the Ku Klux Klan, itself just the tip of the white fascism iceberg in the country. They don’t win elections, they aren’t connected to acts of terrorism, and they just in general don’t matter much.

But you wouldn’t know it from Trump World. Glenn Beck went on Hannity in April to claim that the migrant caravan was funded by American communists in Chicago. Alex Jones called on the president to investigate the alleged communist infiltration of Silicon Valley and the Democratic party. Pete Hegseth of Fox and Friends said Alexandria Ocasio-Cortez (D-NY 14th District) paying her interns a living wage was “communism on display.” And just for fun, let’s go to Twitter…

Vote in 2020 for an average citizen who cares about the American voters not one who has been brainwashed by schools of communism or socialism.These candidates are working against the people who elected him. Don't be fooled by their lies rolling off their silver tongues. MAGA

Can you help us in California please! These democrats don’t represent me and they are providing free healthcare for illegal immigrants. Since when did America allow for one it’s states to spread communism. We have been fighting communism for decades. #MAGA

They bring up communism despite no elected American politician or major political organization being anywhere near communism. Why?

Have you ever heard Trump supporters accuse Hillary Clinton of forcing their vote? They didn’t want to vote for Trump, but she was just so gosh darned bad that they simply had to. Really, it’s the Democrats fault for picking her.

You’ll recognize this line of reasoning as gaslighting and a regular tactic of domestic abusers. Variants of it have been repeated through split lips by battered spouses taking the blame for making their assailants angry. The purpose is to shift guilt from the instigator to the object of their damage. They want to make the blame equal, which means zero accountability for the violent party and eternal bruises for the injured.

The imaginary fight against communism that is being waged on the right is a similar justifying practice. By inflating the threat of communism, they can paint their embrace of fascism as a survival tactic being chosen for them. They’d rather not be fascist, but if the choice is between communism and fascism they are going to pick fascism! That’s understandable, right?

If you go back to Weimar Germany, you can see this in action. Adolf Hitler’s rise to power hinged very much on the fight against communism in Germany. There is a tremendous podcast by Robert Evans called Behind the Bastards I recommend on the subject, but here’s a brief summation. A lot of very rich Germans were terrified that socialist and communist ideas would make them slightly less rich. So they partnered with the Nazis to root out any anti-capitalist power in the government. They assumed that Hitler was a buffoon who would be easily controlled once their money was protected, a prediction that was wrong to the power of one Hitler. The result was a right-wing fascist country that would commit racial genocide and maintained the support of the wealthy through adherence to free market ideals. Fascism was an acceptable compromise for the elite if they could avoid things like worker’s rights and a robust welfare state.

American authoritarians and monarchists have a similar mindset. Capitalism must remain unfettered because it reinforces the strict hierarchical system conservatism is dependent on. Social justice and welfare programs threaten the existential place that white nationalists and other circles in the fascist Venn diagram have. The democratization of opportunity - particularly when aimed at rectifying unfair practices based on race, gender, etc. – becomes an attack on self. Embrace of fascism is a reaction to potential loss of preferred status, and they hurl the name communism at the entirety of antifascism as a response to justify their terrified flight from equality.

Conservatives and MAGA-heads don’t have the first clue what communism is. Jordan Peterson’s “debate of the century” with Slavoj Žižek made clear that even one of the most lauded intellectuals in the West barely knew anything about communism despite making oodles of dollars telling people how to fight post-modern neo-Marxism (a phrase as nonsensical as a hot-air fish balloon). All they need from the word is a bogeyperson to hang anxieties about empowered minorities and popular disillusionment with capitalism on. Trump supporters talk about communism as a threat to mask how American fascism is an attack on the poor and the marginalized. It’s an invented enemy, a false flag. It’s so they can be the good guys while kicking your teeth in, instead of people afraid they will be less relevant in a more equal society.
KEEP THE HOUSTON PRESS FREE... Since we started the Houston Press, it has been defined as the free, independent voice of Houston, and we'd like to keep it that way. With local media under siege, it's more important than ever for us to rally support behind funding our local journalism. You can help by participating in our "I Support" program, allowing us to keep offering readers access to our incisive coverage of local news, food and culture with no paywalls.
Make a one-time donation today for as little as $1.