Houston By the Neighborhood: Upscale and Established Afton Oaks 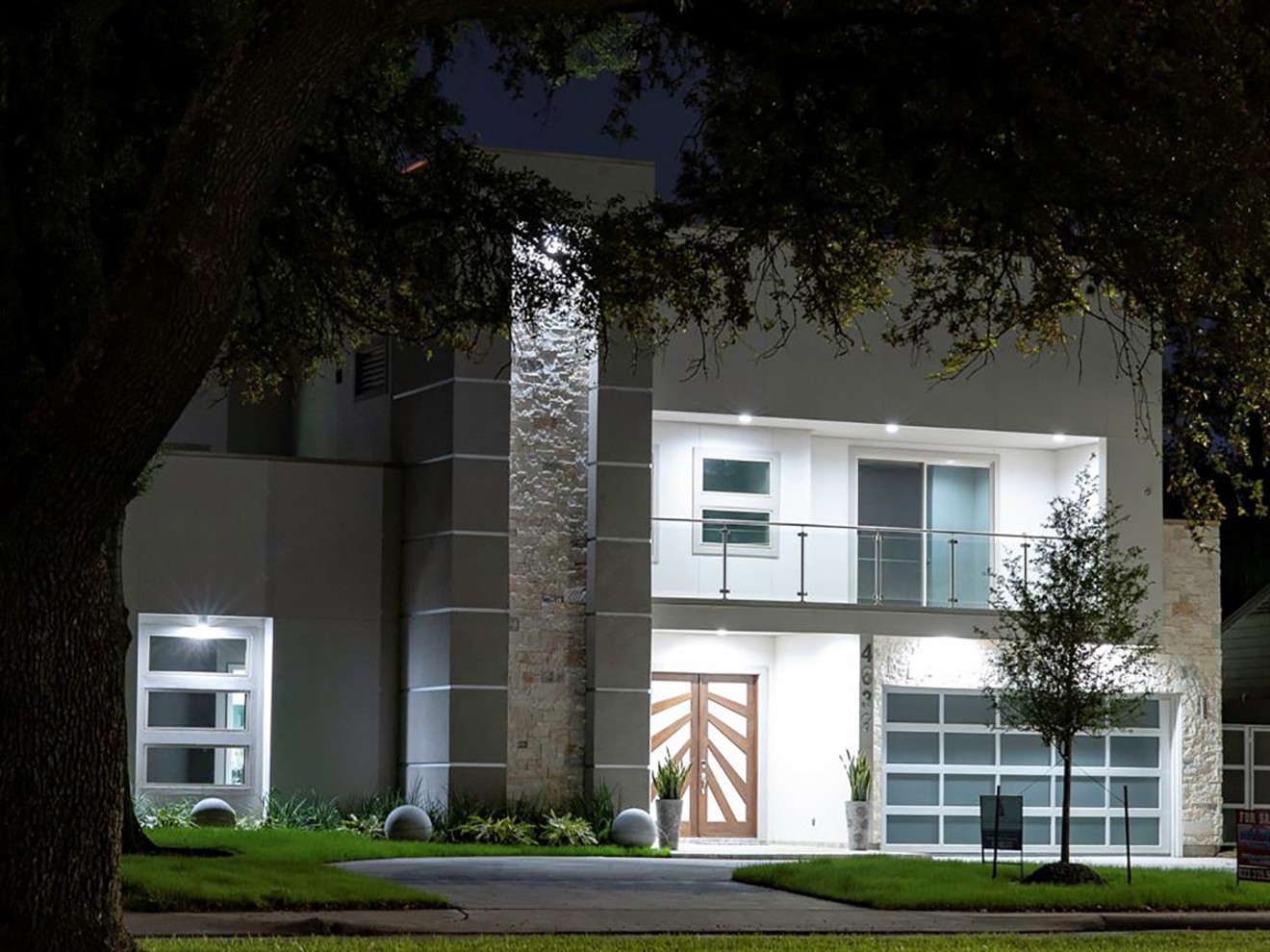 Lew Faraclas of Hellenic Bros., LLC has listed this property at 4639 Richmond Avenue. Photo by Alvin Haynes Jr.
Prestigious, upscale and established are just a few of the words that best describe the tony Afton Oaks neighborhood, according to Lew Faraclas of Hellenic Bros., LLC. "Its very close proximity to The Galleria, Loop 610 and State Highway 59 make it one of Houston’s most sought-after communities," says the broker.

While the median build year is 1958 for this neighborhood, the fact that the average list price for homes is $1.68 million or $320.82 per square foot means it's also worth it to tear down and build anew. Faraclas has the listing for a newly constructed four bedroom at 4639 Richmond Avenue with soaring ceilings, an outdoor kitchen, and a large balcony facing the street. There's a media theater downstairs, every bedroom has its own walk-in closet and private bath, and the Low-E windows are tinted and insulated.

“Afton Oaks is a highly prestigious, established and upscale residential neighborhood inside Houston’s Inner Loop," adds Faraclas. "After all, it has all the amenities a family would want.’’ The property at 4639 Richmond Avenue has been listed for $1.95 million.

Jen Tran, broker associate with Keller Williams Memorial, has listed this property at 4702 Waring.
Photo by Anthony Dinh/Common Ground Listings
Jen Tran, a broker associate with Keller Williams Memorial, couldn't agree more. "Afton Oaks is a nice, quiet neighborhood in the middle of all that Houston has to offer," says Tran, who credits its proximity to high-end destinations.

"You are just minutes from Houston's most exclusive shopping and dining: the River Oaks district, The Galleria and Uptown as well as Highland Village," says Tran. "It's no wonder it has become Houston's most affluent neighborhood."

Tran has the listing for a stunning five bedroom custom home by Michael Thurman at 4702 Waring. Built in 2006 in the French Chateau style, its architectural features include a grand entry with winding staircase, a wood-paneled study, and a step down wine room with groin vaulted ceiling. The chef-inspired kitchen has granite counters, steel Viking appliances, large farmhouse sink and adjacent butler's pantry. And, under the category of why didn't we think of this before, the master closet has its own washer/dryer connections built right in. The property at 4702 Waring has been listed for $1.985 million.

The Afton Oaks neighborhood is quietly serene, and the scare about METRORail's proposed University Line (Blue Line) is a thing of the past. The signs on the front yards along Richmond Avenue have disappeared, especially after former Rep. John Culberson (R-Houston) added language to spending bills forbidding the use of federal funds to advance new light or heavy rail projects. METRO finally put those plans on hold back in 2012.

One thing has changed: Culberson is out and U.S. Representative Lizzie Fletcher (D-Houston) is in and has been appointed to the House Committee on Transportation and Infrastructure, which has jurisdiction over all modes of transportation: aviation, maritime and waterborne transportation, highways, bridges, mass transit, and railroads.

Fletcher was instrumental in removing Culberson's provision from the federal spending bill (H.J.Res. 31) that was signed by President Donald Trump in February, so METRO is technically free to seek federal funds for future light or heavy rail projects. But there's no need to activate the alarm bells; METRO's $7.5 billion Moving Forward Plan does not include any plans for light rail along Richmond Avenue.

Austin Sumerlin of Realty Preferred has listed this home at 4546 Shetland Lane.
Photo by Weston Neelley/Next Listing
About 15 years ago the Afton Oaks Civic Club implemented a tree initiative, calling for the planting of new Shumard and Live Oaks in areas where trees had succumbed to old age or encroaching development. The existing mature trees are a big plus for this neighborhood and add to its appeal. Austin Sumerlin of Realty Preferred has listed the above home at 4546 Shetland Lane, a five bedroom built in 2016 in the French country style with Juliet balconies. It features professional grade kitchen appliances, a third story flex room, and a back yard built for entertaining with a swimming pool and outdoor dining area. The property at 4546 Shetland Lane has been listed for $1.899 million.

Also on the market in Afton Oaks:

For more information about Afton Oaks, which was established in 1951, visit the Afton Oaks Civic Club at aftonoaks.org.
KEEP THE HOUSTON PRESS FREE... Since we started the Houston Press, it has been defined as the free, independent voice of Houston, and we'd like to keep it that way. With local media under siege, it's more important than ever for us to rally support behind funding our local journalism. You can help by participating in our "I Support" program, allowing us to keep offering readers access to our incisive coverage of local news, food and culture with no paywalls.
Make a one-time donation today for as little as $1.