Five Rockets To Watch in the Preseason 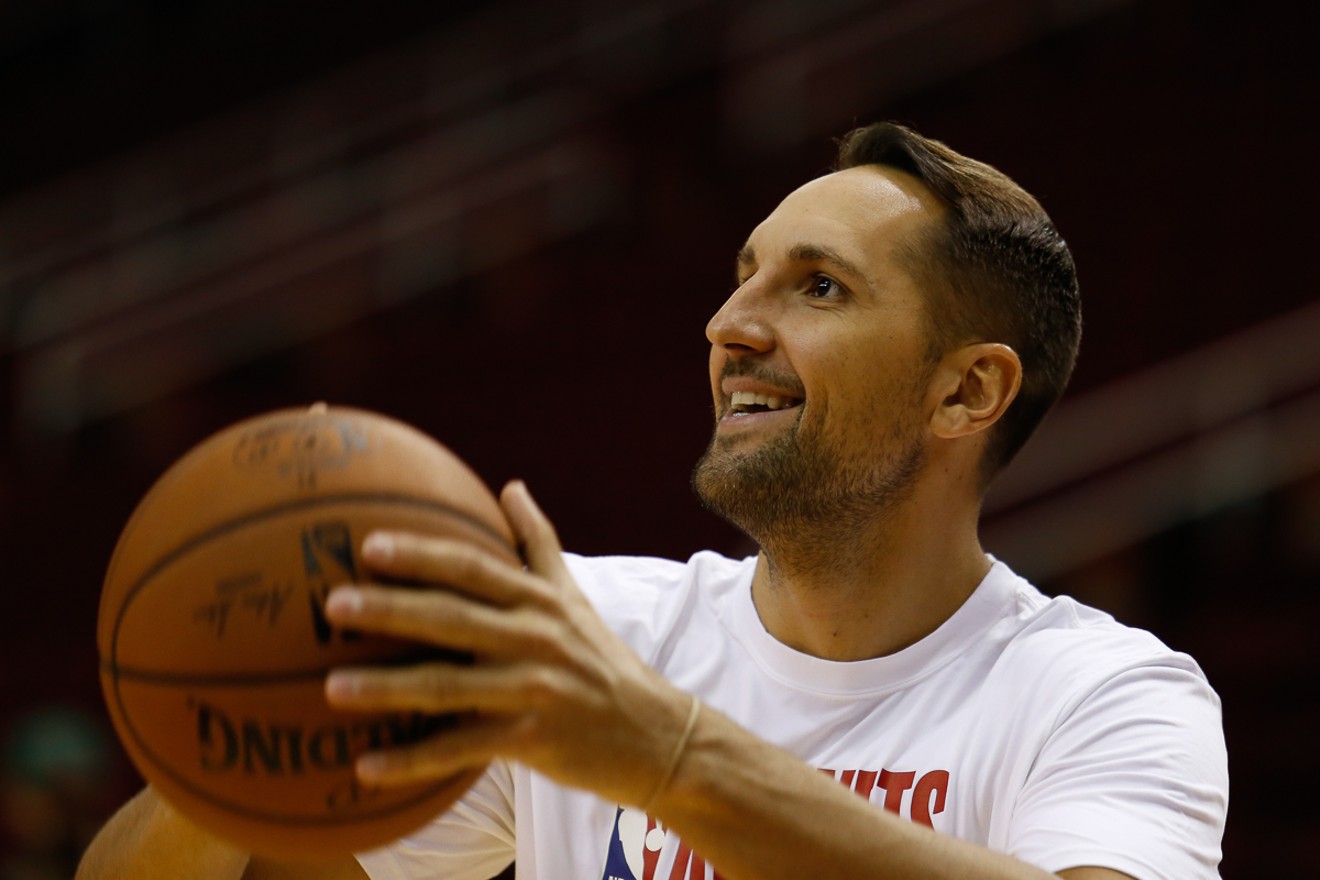 Ryan Anderson is back for another run with the Rockets. Photo by Eric Sauseda
Much of the talk around the Rockets this season may center around James Harden and Russell Westbrook, but it is worth noting that this team, which held its annual media day Friday and pummeled the Shanhai Sharks in an exhibition game Monday, has legitimate depth.

Some of that depth is made up of returning players like Austin Rivers and Gerald Green and some are new additions like Tyson Chandler. But there are players at the back end of the roster who won't make this team, but who deserve to be on an NBA team. Several will likely wind up in the G League, but others are auditioning for a spot on the Rockets bench, perhaps even a spot in the rotation. Here are some names to watch in the preseason.

The 6'7" swingman is a near perfect fit for the Rockets after losing Trevor Ariza and Luc Mbah a Moute before last season. At 35, he has clearly lost some of the quickness offensively that made him a starter early in his career with Harden and Westbrook in OKC, but he still is one of the better wing defenders in the NBA and a reliable three-point shooter (he made 43 percent last year with Utah). His familiarity with his former teammates and fellow Swiss citizen Clint Capela should help him integrate quickly, and his style of play and veteran leadership make him a perfect guy to help Danuel House mature as a player.

After signing with the Rockets and then being traded to Phoenix prior to last season, the long-range shooting forward is back on the roster with a partially guaranteed contract and a hope that he can help the team as a shooter off the bench. Anderson struggled with his worst distance shooting of his career in his time split between Miami and Phoenix last year, but his career 38 percent behind the arc makes him worth a serious look at the stretch four spot.

Clark began last season as a starter thanks to his versatility defensively and his hot shooting early. As his shooting fell off, he wound up back in the G League, but he continues his development and hopes to stick in the NBA this time around. Given the Rockets desire to emphasize defense and rebounding, he's got a shot. A former college center, he is still adjusting somewhat to his role as a wing player, but he spent all summer focused on his shooting. If he can be consistent with his shot, he has a chance to see minutes in the rotation.

The former seventh overall pick by the Sacramento Kings has struggled to live up to his lofty draft status. A tremendous athlete and solid outside shooter, this may be his last chance to break into a legitimate NBA rotation at only 26 years old. After a good performance against the Sharks Monday, Coach Mike D'Antoni said, "There's no reason why he's not an NBA player. And a good one." In order to make this team and crack the roster, he will need to be consistent in his shooting (he shot 41 percent from deep last year before being waived by the Kings) and use his athleticism to hustle, particularly on defense.

Hartenstein has followed a similar path to Capela, a young center who has slowly but steadily developed in the G League over several seasons. Last year, he was named the G League Finals MVP averaging 28 points and 16 rebounds while shooting 52 percent from beyond the arc. That distance shooting is what will make or break his latest attempt to stay at the NBA level. A legit seven footer, he has NBA-quality offensive skills and good hands around the glass. If he can stretch the defense with his outside shooting, he could make a push for a spot at the end of the bench and be ready to get minutes if there are injuries. He has a shot to be one of the more improved young players on the roster.

Chance of Making Team: 5 in 10 (otherwise, he'll be in the G League)
KEEP THE HOUSTON PRESS FREE... Since we started the Houston Press, it has been defined as the free, independent voice of Houston, and we'd like to keep it that way. With local media under siege, it's more important than ever for us to rally support behind funding our local journalism. You can help by participating in our "I Support" program, allowing us to keep offering readers access to our incisive coverage of local news, food and culture with no paywalls.
Make a one-time donation today for as little as $1.