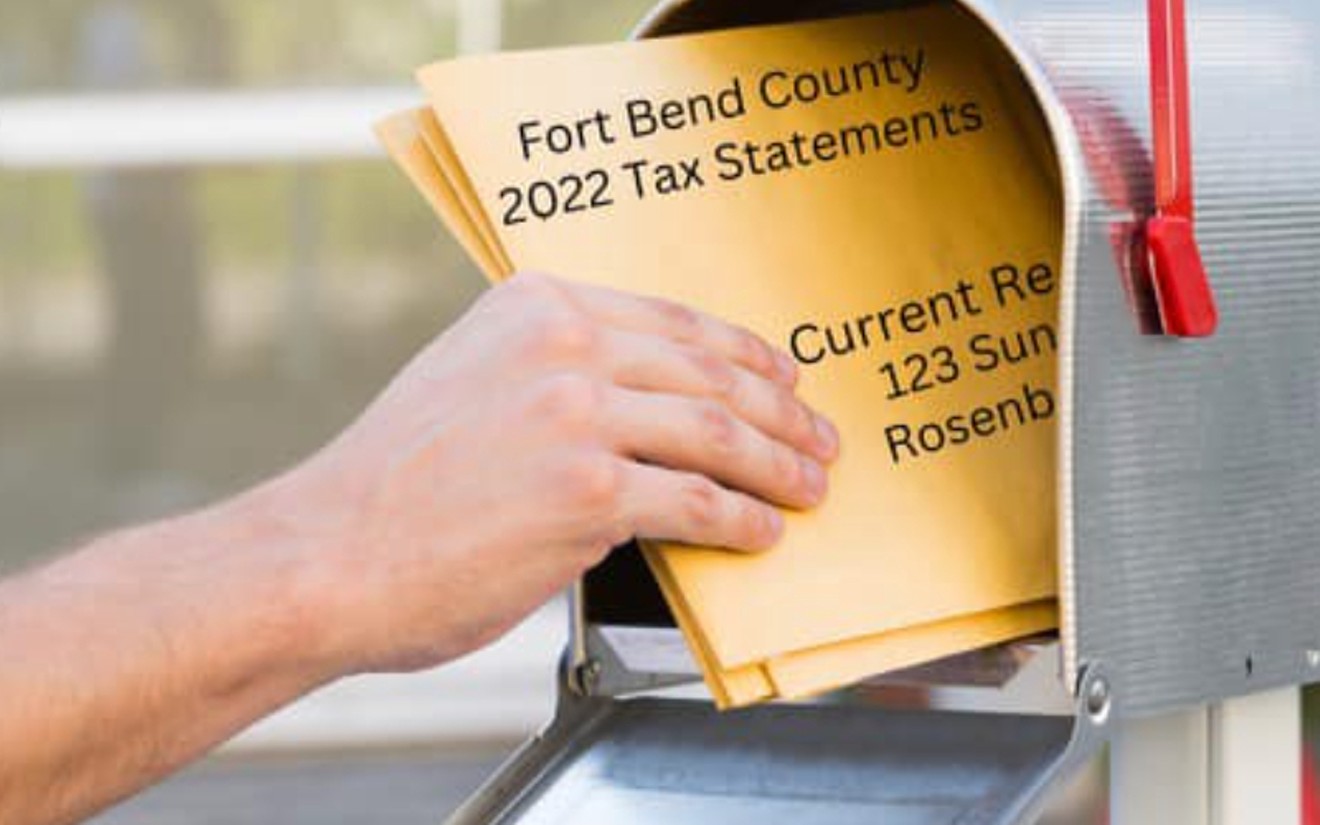 In the past week, Fort Bend County residents only just received their property tax statements in the mail for 2022 – adding a certain elevated degree of anxiety to most everyone who wanted to pay their taxes and then claim the deduction on this year’s tax return.

Texas property tax statements are usually sent out starting in October and normally Fort Bend’s are out at least by November. But this year they hadn’t arrived and calls to the county tax assessor collector’s office of Carmen Turner and checks on the county’s website, either received no explanation for the delay other than they weren’t ready yet or varying reasons including low staffing.

Not welcome news for people trying to figure out how much they owed amid skyrocketing property assessments and how they would get their payments in by the end of the year. While the state of Texas gives a property owner until January 31 of the following year to pay their taxes without penalty, the IRS says a property owner must make the payment during the same year that homeowner wants to claim the deduction.

Turner, who initially agreed to a phone interview with the Houston Press, instead was caught up in meetings on Tuesday, a communications aide told us, and instead responded to some preliminary questions we had given her by email.

"Due to elections held this year by two of our larger entities the property tax statement process was delayed until all votes were canvassed on November 22, 2022," Turner wrote, referring to elections held by Fort Bend ISD and Katy ISD that asked voters to approve a VATRE tax enabling the districts to increase the tax rate beyond the maximum amount allowed by state statute.

Turner said she didn’t want to end up sending out two different tax statements to each homeowner which she said would have been confusing and cost the county more money. Instead, her office waited till the results of the election were confirmed – the measures were defeated – and sent out one property tax statement.

Ahead of the property tax payment date, Fort Bend’s assessor-collector's office hours are now 7:30 a.m. to 6 p.m. on Mondays only at three locations: the Richmond Tax Office, Missouri City Annex Tax Office and the Katy North Annex Tax Office. Regular hours of 8 a.m. to 4 p.m. apply the rest of the week and at the Sienna, Sugar Land and Needville Tax Offices every workday.

Every Friday, the county also has drive-up tents to drop off tax payments available at their Richmond, Katy, Missouri City, and Sugar Land locations.