Long Holiday Weeks and Traffic: Four Things to Watch For 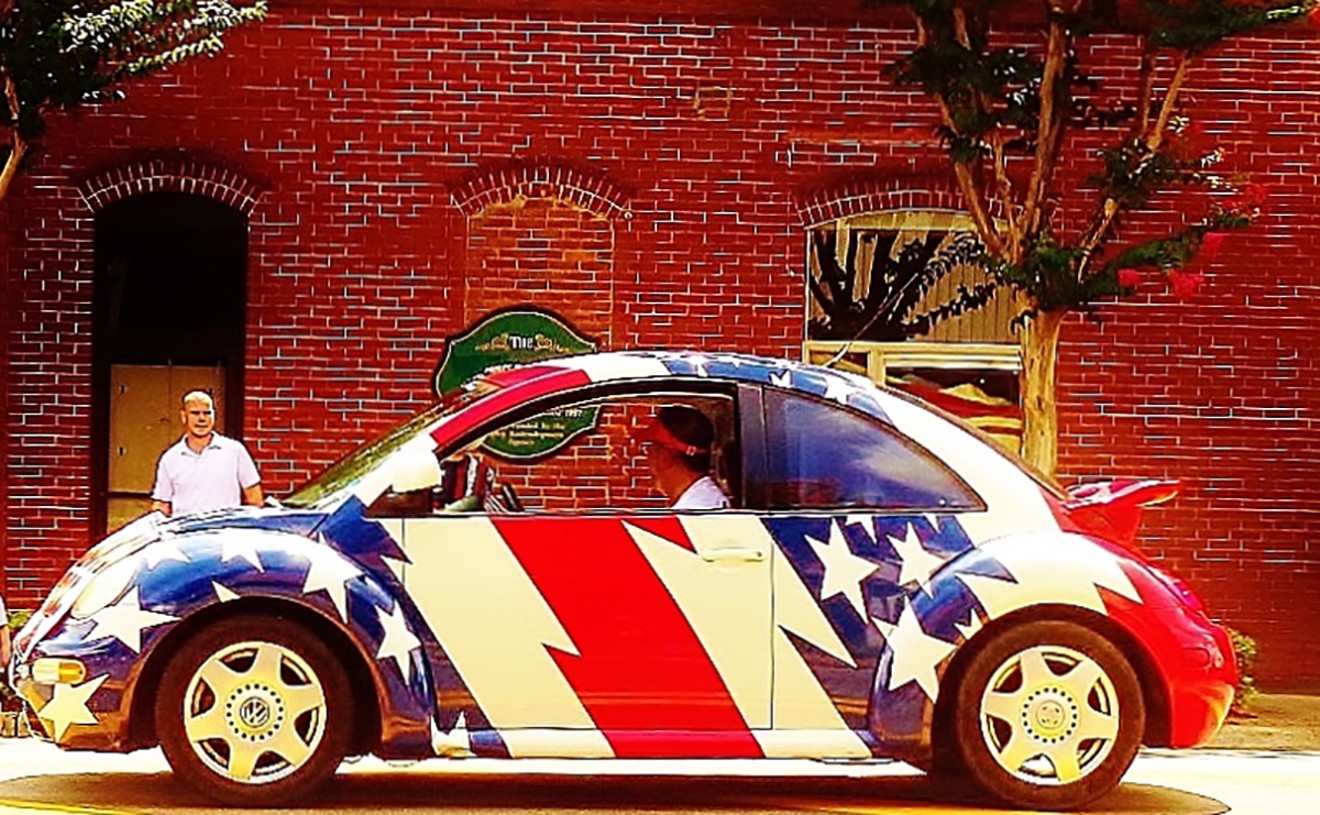 If you are going to drive this holiday, drive patriotic! Photo by Olin Gilbert via Flickr
The first week of school is basically heaven at malls and movie theaters. If you have avoided them all summer long, that is your time to revisit them. On weekdays, they will be empty and about 50 times less annoying than days earlier.

The same holds true for certain portions of area freeways during a holiday week like July 4. This is even more true when the holiday falls in the middle of the week giving people an excuse to bail out of work throughout much of the week. Still, there are things to think about, some of them good, some not so much.

Anyone who routinely uses the rather convenient exit off U.S. 69 northbound headed into downtown will run into some issues beginning like now. The structure of the elevated exit is deteriorating and will, as a result, need to be completely repaired. Chunks of the structure are actually falling off according to a press release from Houston Public Works. The bridge won't re-open until next summer. You can still exit Travis or Louisiana but you won't be able to go all the way to Smith. Be ready if you are headed over to that area.

With so many people taking off work various days this week, expect light traffic on area freeways, particularly heading downtown in the mornings and evenings. It won't be quite "early Thanksgiving morning" levels of non-traffic, but it will be much more pleasant than your normal commute. Having said that...

Expect certain areas to have heavy traffic and avoid them if possible.

Traffic out of town, on the other hand, could be messy Wednesday evening and pretty much any day of the long weekend if you are heading for the beach. In addition, if you are going downtown on July 4, prepare for the hoards of people heading out to see fireworks, especially if you are driving near downtown during the celebration. If you think people get distracted on a normal day, imagine them driving down the Pierce Elevated during a fireworks display.

But, you'll get a break from construction.

One of the great joys of holidays is not having to report on construction projects because they tend to be suspended on those days. Certain overnight closures and permanent ones, of course, will remain, but the worry over whether you'll drive into gridlock at 8 a.m. on a Saturday morning because a whole freeway is closes can be disabled for this weekend.
KEEP THE HOUSTON PRESS FREE... Since we started the Houston Press, it has been defined as the free, independent voice of Houston, and we'd like to keep it that way. With local media under siege, it's more important than ever for us to rally support behind funding our local journalism. You can help by participating in our "I Support" program, allowing us to keep offering readers access to our incisive coverage of local news, food and culture with no paywalls.
Make a one-time donation today for as little as $1.