Rockets Beat Jazz in Game 1 of The Semifinals: 4 Winners, 4 Losers 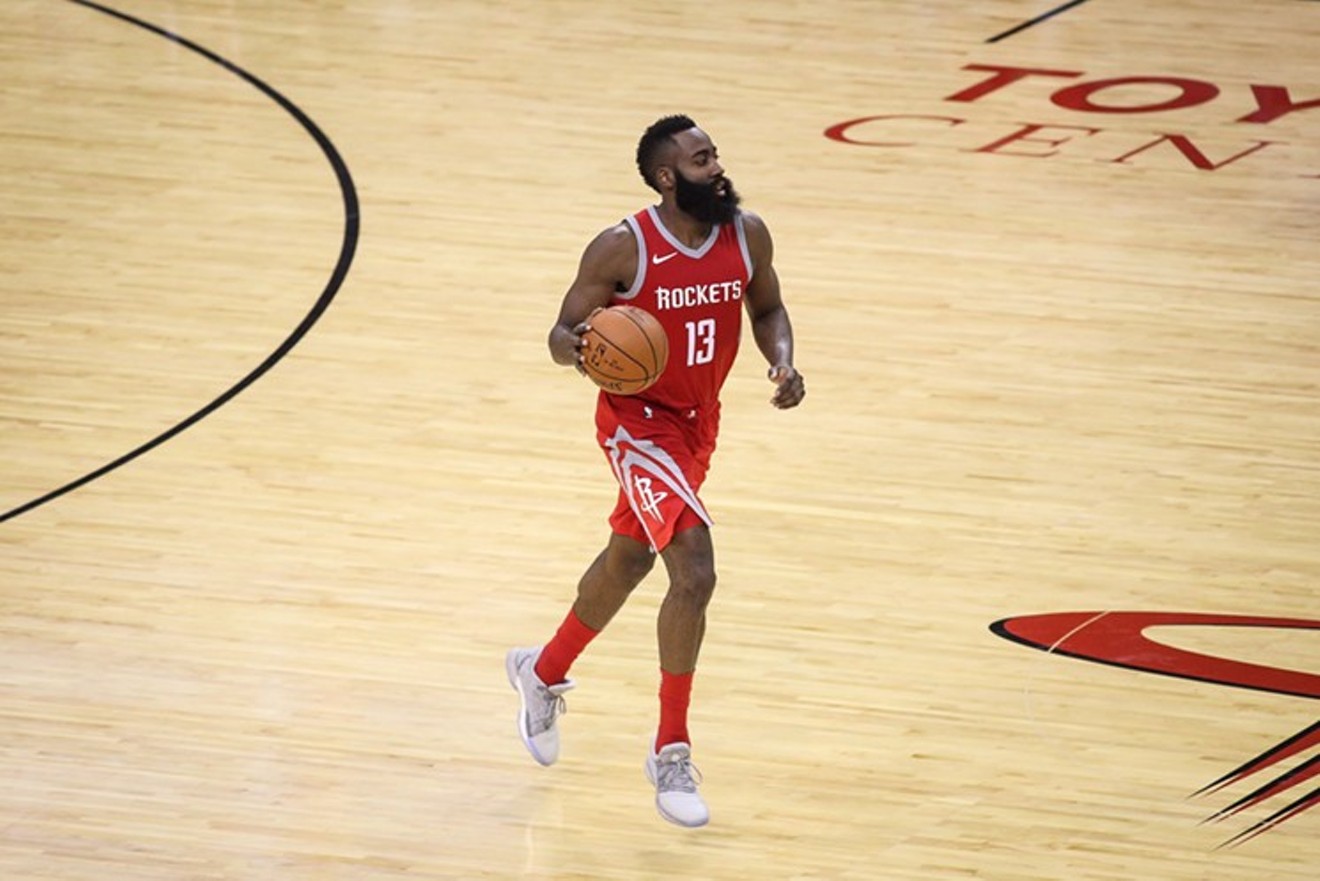 James Harden put up MVP-type numbers in the Rockets win over the Jazz. Photo by Eric Sauseda
The Rockets took game one in the Western Conference semifinals from the Utah Jazz 110-96 on Sunday afternoon. James Harden had 41 points, 8 rebounds and 7 assists. Chris Paul added 17 points, 6 assists and 4 steals. The Rockets led 64-39 at the half and never looked back despite allowing the Jazz to close within 11 in the fourth quarter. Clint Capela (who had 16 points and 12 rebounds himself), Harden and Paul played together in their 50th game. They are 46-4 and in those match ups.

Don't expect the same game from the Jazz on Wednesday night as they should come back with a better effort and put pressure on the Rockets to keep the home court advantage.

The Jazz came out very slow and some of that can certainly be attributed to having to play Friday night in Utah to close out the Thunder before a fast turnaround to Houston for an afternoon game. They will have a lot more rest and time to prepare between now and Wednesday.

EG3 is shooting 31 percent from the floor and 28 percent from three for the playoffs. He was 0-6 including 0-2 from distance on Sunday. The Rockets have been good enough to overcome their best bench player struggling this way, but they will need Gordon's scoring as the playoffs roll on.

The Jazz have a more traditional lineup with two big guys at the power forward and center positions. Neither are particularly laterally agile and it showed against the Rockets, perhaps the best team in the NBA at exploiting switches on screens. In one particularly telling moment, Harden took soon-to-be-named defensive MVP Rudy Gobert off the dribble and the results, as you can see below, weren't good for the big fella. This will continue to be a problem for the Jazz if they can't solve the Rockets pick and roll.

The Jazz are arguably the best defensive team in the NBA, but the Rockets (the second mostly highly rated offense in the league) are unique in many ways and present significant problems for teams, especially one-on-one. As good as the Jazz are on defense, they will need to be in another gear to best the Rockets on offense.

The rookie point guard for the Jazz is the truth. He is now averaging 27 points on 45 percent shooting for the playoffs. The Rockets did give him some trouble putting bigger guys like Trevor Ariza and Luc Mbah a Moute on him, but he still managed 21 points on Sunday. He is a handful.

If you sent your thoughts and prayers to the dislocated shoulder of the Rockets forward, they were answered as he made his return Sunday. While he didn't do much offensively, his defense and the flexibility it offers the team was on full display. He is a critical component for the Rockets going forward and they need to keep him healthy.

The Utah defense versus the Rockets offense has been the most commonly discussed element of this series leading up to now. The narrative that it will be the stingy defense of the Jazz versus the Rockets explosive offense, however, is missing the fact that the Rockets are one of the best defensive teams in the NBA as well. They ranked sixth in defensive rating for the season and are fifth in the playoffs (the Jazz are third). Conversely, Utah ranked 15th in offense for the season and are 10th in the playoffs. People may want to start talking about how Utah will offensively keep up with an explosive Rockets offense given how tough the Rockets D is.