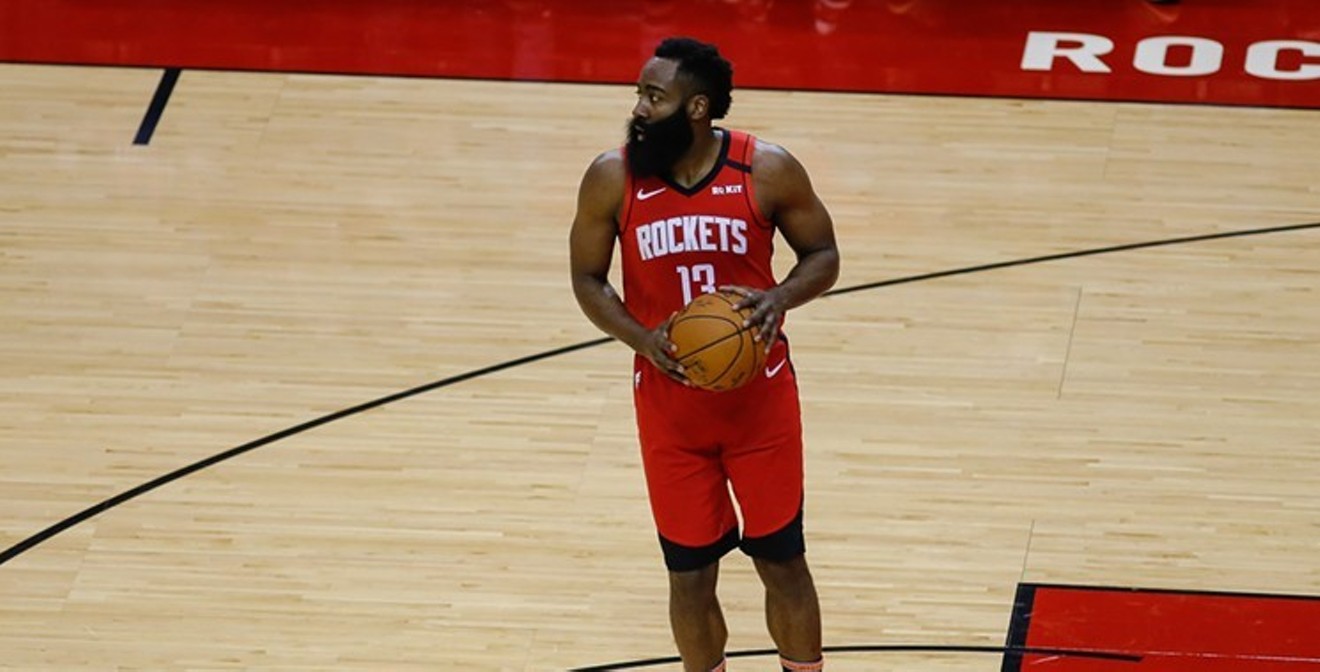 James Harden broke COVID protocols and is part of the reason the NBA postponed their first game of the season.
Photo by Eric Sauseda

Well, that didn't take long. The first game of the NBA season lost to COVID-19 just happened to be the first Rockets game of the season against the Oklahoma City Thunder at Toyota Center. The reason? The Rockets do not have enough players available.

James Harden was deemed unavailable due to a violation of the league's COVID protocols for starters. The disgruntled NBA guard was apparently out recently at a club with friends (he even took to Instagram to say it wasn't a strip club and later removed the post) and it was captured on video. Given this is the second violation he has had — the first delaying his return to training camp — there is no way to know how long this will keep him out. The NBA is not messing around with its protocols, so don't be surprised if Harden is suspended.

As for the other players, three players returned positive or inconclusive tests and four others are being forced to quarantine for contact tracing — they were near someone who tested positive.

It marks yet another chapter of the ongoing saga of the Houston Rockets as they fall ass backwards into the new season. The first game postponement is particularly disappointing given it was the first chance for fans to get a look at new and exciting players like John Wall and Christian Wood.

Since the Rockets are not on the slate of NBA Christmas games, we will all have to wait until Saturday when the Rockets visit Portland to face the Trailblazers, assuming they can cobble together enough players for that game.

Stay tuned.
KEEP THE HOUSTON PRESS FREE... Since we started the Houston Press, it has been defined as the free, independent voice of Houston, and we'd like to keep it that way. With local media under siege, it's more important than ever for us to rally support behind funding our local journalism. You can help by participating in our "I Support" program, allowing us to keep offering readers access to our incisive coverage of local news, food and culture with no paywalls.
Make a one-time donation today for as little as $1.