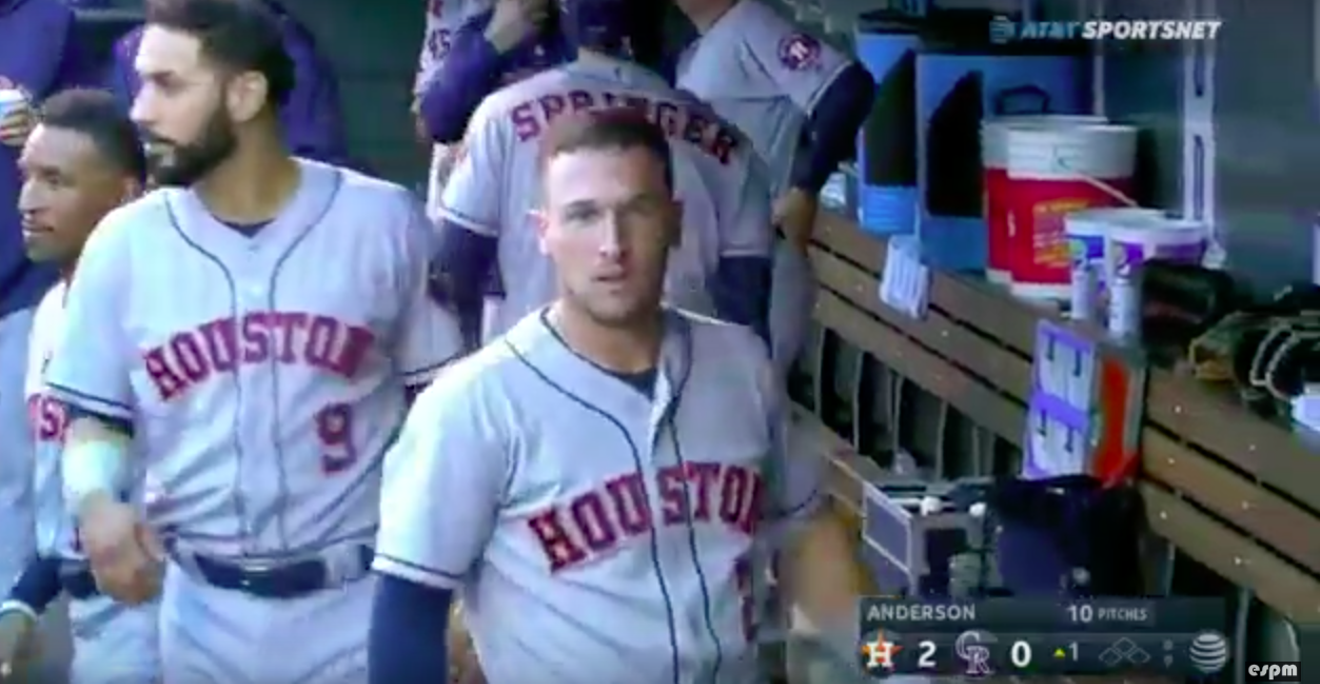 The result is one of the better animated gif's you'll ever see.

It was widely shared across social media last night. By Thursday evening, Harris County Precinct 5 constables had their own version and it's pretty fantastic.

Astros Fever: Have You Caught It?

It seems the latest @astros dugout tradition has caught on with Constable Ted Heap, his deputies and everyone here at Precinct 5. Watch the video and let us know if you like it! pic.twitter.com/SamQdU8y3E


We wonder how long it will take for others to catch on to this meme. After all, planking, eating Tide Pods and dunking yourself in ice water were all memes too.
KEEP THE HOUSTON PRESS FREE... Since we started the Houston Press, it has been defined as the free, independent voice of Houston, and we'd like to keep it that way. With local media under siege, it's more important than ever for us to rally support behind funding our local journalism. You can help by participating in our "I Support" program, allowing us to keep offering readers access to our incisive coverage of local news, food and culture with no paywalls.
Make a one-time donation today for as little as $1.