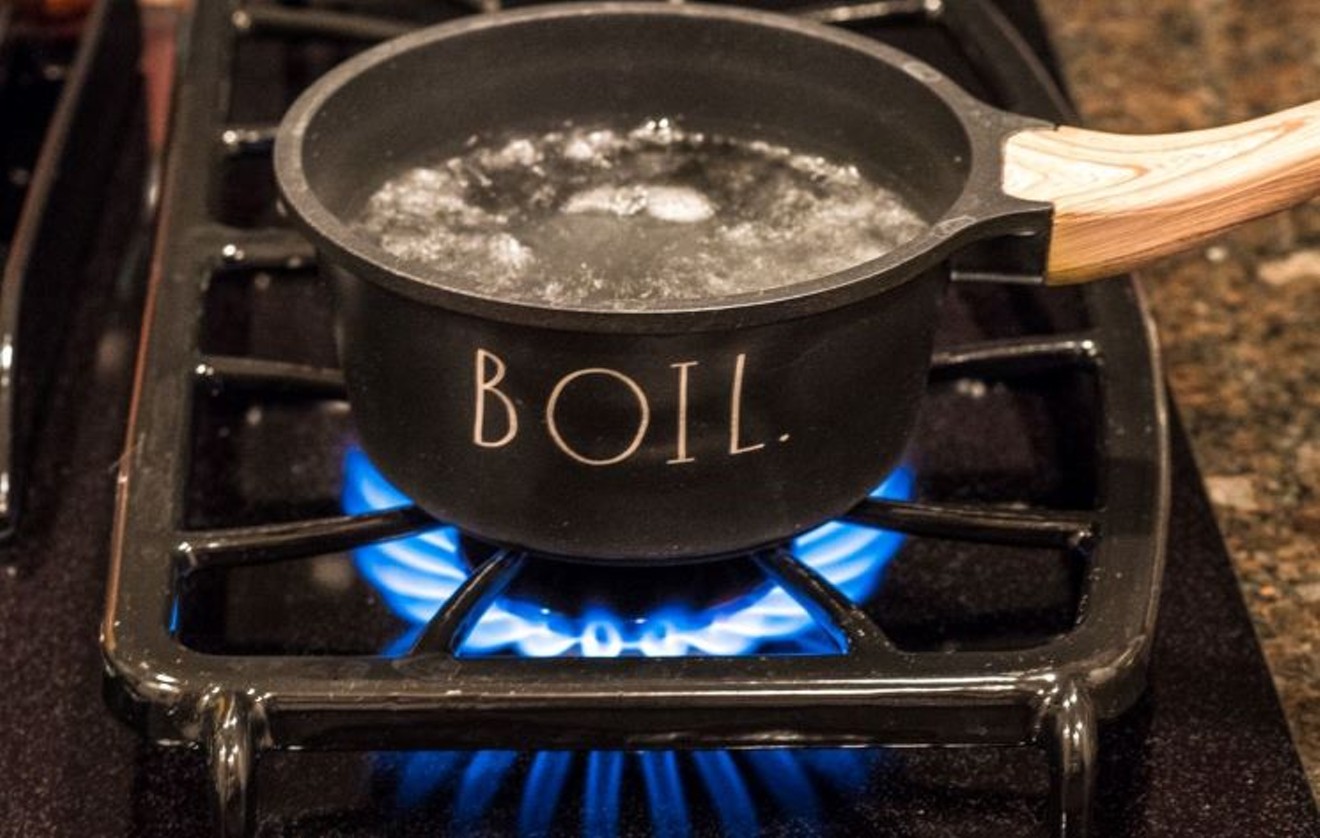 It wasn't only water that had people boiling over after massive power outages in Texas. Photo by Jack Gorman
Harris County Attorney Christian Menefee announced Tuesday that his office has launched a civil investigation into what caused the deadly power outages that swept over Texas last week.

Tuesday also saw the first wave of resignations from the board of ERCOT (the Electric Reliability Council of Texas), the state’s power grid operator and arguably the highest-profile scapegoat for the Texan energy crisis that's emerged since last week’s catastrophic grid failure.

Menefee plans to ask Commissioners Court during its Friday meeting for the authority to take legal action on behalf of Harris County based on what's uncovered by his investigation into the recent “electricity disaster” that took Texas by storm last week.

“Members of our community died in this disaster, and millions of Texans languished without power and water while suffering billions in property damage,” Menefee said in a statement. “Harris County residents deserve to know what happened, who made which decisions, and whether this could have been avoided or mitigated.”

Menefee’s investigation will look to “identify all responsible parties” for the state’s power crisis, with a particular focus on the Public Utility Commission (which oversees ERCOT), ERCOT itself and Texas’ independent power generators. He cited warnings from the Federal Energy Regulatory Commission that the Texas power grid “was underprepared for hard freeze events” after a smaller wave of winter blackouts back in 2011,

“There was nothing unpredictable about this last freeze, and everyone had plenty of notice it was coming. But, the people running the grid were woefully unprepared and failed to take immediate action and warn folks of what could happen,” Menefee said.

“I am aware state agencies are conducting their own investigation,” Menefee acknowledged, “and I am willing to work with them in that process.”

“But, Harris County government must protect its residents,” he explained. “My office’s investigation will focus on what went wrong with getting power to residents and facilities in this County, and the impact of those failures.”

Around an hour after Menefee’s announcement, the PUC published an official notice that five ERCOT board members resigned on Tuesday afternoon: chair Sally Talberg and vice chair Peter Cramton, as well as board members Vanessa Ansetti-Parra, Raymond Hepper and Terry Bulger.

ERCOT drew the ire of plenty of shivering Texans last week when it became public knowledge that many of the power grid operator’s board members aren’t even Texans.

None of the five board members who resigned live in Texas; Talberg resides in Michigan and Cramton lives in California. According to Austin’s KXAN, Ansetti-Parra lives in Canada, Bulger hangs his hat in Illinois, and Hepper’s home is up in Maine. Prospective ERCOT board member Craig Ivey also took his name out of contention for the board’s one vacant seat on Tuesday (he lives in Virginia).

Four of the resigning board members wrote that the public anger over non-Texans sitting atop ERCOT led to their decision. “We have noted recent concerns about out-of-state board leadership at ERCOT. To allow state leaders a free hand with future direction and to eliminate distractions, we are resigning from the board effective after our urgent board teleconference meeting adjourns on Wednesday, February 24, 2021,” read a resignation letter signed by Talberg, Cramton, Bulger and Hepper.

In a statement, Gov. Greg Abbott said he was glad to see these board members step down, which makes sense given he’s seemingly chosen to paint ERCOT as the main culprit for last week’s wintry chaos.

“When Texans were in desperate need of electricity, ERCOT failed to do its job and Texans were left shivering in their homes without power. ERCOT leadership made assurances that Texas’ power infrastructure was prepared for the winter storm, but those assurances proved to be devastatingly false,” Abbott said.

“The lack of preparedness and transparency at ERCOT is unacceptable, and I welcome these resignations,” he continued. “The State of Texas will continue to investigate ERCOT and uncover the full picture of what went wrong, and we will ensure that the disastrous events of last week are never repeated.”

One bit of good news for Houston residents: the city announced Tuesday it is suspending heavy trash code enforcement until March 12 to give more time for everyone to clean up.

"Last week, Houstonians and communities across our state found themselves vulnerable and literally in the dark due to ERCOT's mismanagement of the power grid. Having out-of-state board members resign will not change the failed oversight by the Public Utility Commission or the lack of common sense policy by the Texas Legislature.

"ERCOT alone should not be made the scapegoat. When I was in the Texas legislature, I filed a bill in 2011 relating to the PUC to ensure ERCOT has adequate reserve power to prevent blackout conditions. That bill never got a hearing.

"The PUC oversees ERCOT, and the governor appoints all three commissioners. The resignations do not change the fact that the PUC and the Texas Legislature failed to provide oversight or enact common-sense policy.

"The time to act is now. I urge the 87th Texas Legislature to make the necessary changes to the oversight of our electric grid to prevent this type of disaster from happening in the future."


The PUC’s notice of Tuesday’s ERCOT board resignations is embedded below: