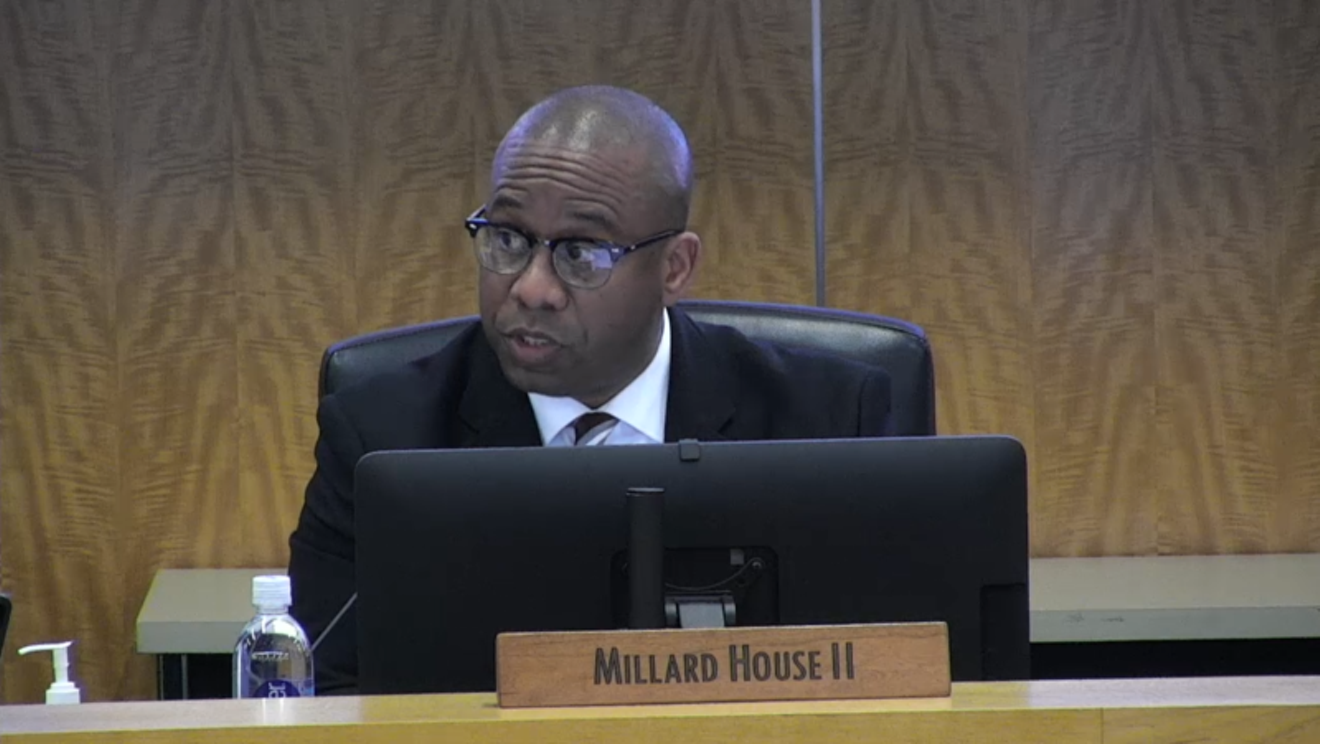 Millard House II at an earlier in the year school board meeting. Screenshot

Following a private meeting earlier this week with some of the parents of special ed kids at T.H. Rogers who oppose the Houston ISD plans to remove those children from the award-winning school, HISD has followed through on a commitment by Superintendent Millard House II about "taking a pause."

In a letter sent out today, December 8, HISD Chief Academic Officer Dr. Shawn Bird notified the special ed (PSI) staff at the school that the transition plans have been put on hold. 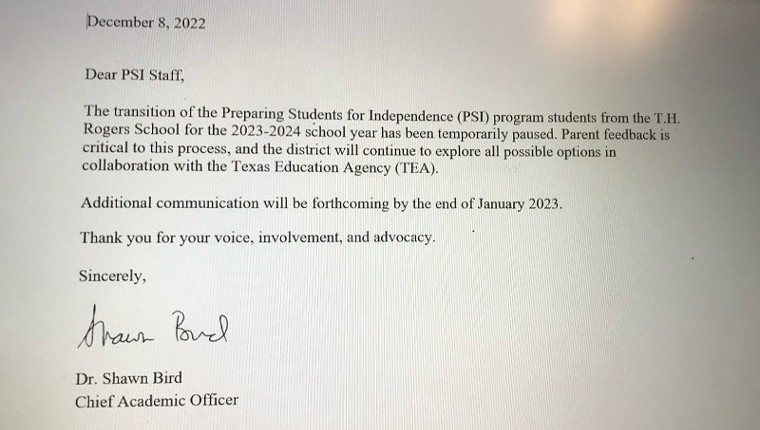 A temporary pause to an unpopular plan.
Screenshot
In the meeting on Tuesday, House explained to a select group of parents that they had planned to release the news about moving the special ed children to other schools in January 2023.  But, he said, after news of the change leaked out, his administration moved the timetable up to the November 15 letter that went home in kids' backpacks to parents.

House told the parents said he had talked with the Texas Commissioner of Education on Monday about different options that might even allow the district to keep both special ed and GT students on the Rogers campus, but in separate schools. There was no mention of the deaf kids moved away at the end of the spring 2021-2022 semester.

Parents have objected that they had no input into the decision to make T.H. Rogers into an all-Gifted and Talented School.  Initially the district said the plan was devised by its administration working with the Texas Education Agency but more recently it appears to be laying the entire matter at the feet of the TEA and its regulations.

Now it appears that parents will be consulted with in the future discussions about what should be done with T.H. Rogers and its special ed children.

Some parents continue to be concerned that moving their children to their  "neighborhood" schools — as the November 15 letter said — will be a disaster because they say these schools are not equipped to deal with their children's needs such as changing stations and hand sanitizing units within their classrooms.

The HISD board meeting begins at 5 p.m. today with a number of T.H. Rogers parents signed up to speak.
KEEP THE HOUSTON PRESS FREE... Since we started the Houston Press, it has been defined as the free, independent voice of Houston, and we'd like to keep it that way. With local media under siege, it's more important than ever for us to rally support behind funding our local journalism. You can help by participating in our "I Support" program, allowing us to keep offering readers access to our incisive coverage of local news, food and culture with no paywalls.
Make a one-time donation today for as little as $1.