Special Services May Decrease in Intensity For Deaf Kids Moved Out of T.H. Rogers 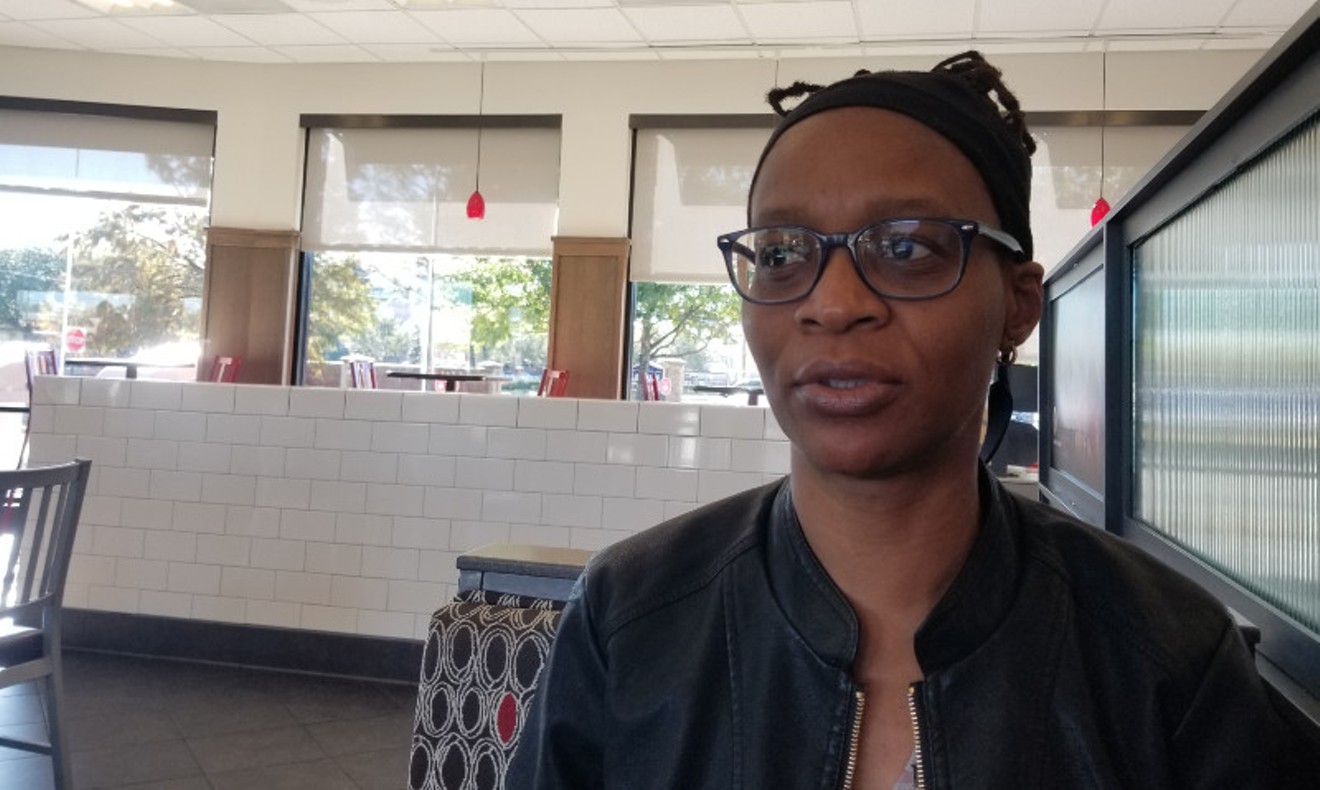 Relu Akpiruo would like her son to go back to T.H. Rogers Photo by Margaret Downing

In many ways Oise Akpiruo is a typical 9-year-old boy. He likes to play with toys, especially trucks. He likes to run and knows to look both ways before he crosses the street because he knows cars can hurt him.

And in many ways he's not typical. Oise is profoundly deaf, his speech a muttered garble that makes sense to him but not to many others, his mother Relu Akpiruo says. His memory is not the best so lessons need to be on repeat which has also slowed his progress in learning American Sign Language.

And he's one of the deaf kids moved from his support system at T.H. Rogers at the end of last school year to instead sit in a special classroom in one of the district's comprehensive schools — a different world than the one to which he was accustomed. He's been moved to Billy Reagan Elementary where the special services and the field trips have greatly decreased, his mother says.

On Thursday night, Houston ISD will hold its monthly board meeting when a lot of Rogers special ed parents and alumni are expected to protest the district's plans to remove these kids from the award-winning school and place them elsewhere in the district. There has already been one public meeting at Rogers itself between administrators and parents (many of them with their children in attendance) and to say it did not go as smoothly as the district would hope would be an understatement.

The removal of the deaf kids was accomplished with little fanfare. That's not the case this time after special ed parents received a November 15 letter telling them their children were going to be leaving Rogers which will be repurposed as an all Gifted and Talent school. In addition to the November 18 meeting, some parents have filed a Public Information Request asking for all communication within HISD and between HISD and the Texas Education Agency about the planned move.

Although the parents were informed in the November letter, the district had been working on the plan for 11 months, with no input from parents.  In its latest statement about the change, HISD officials say the Texas Education Agency is making them do this in accordance with the Least Restrictive Environment regulations calling for mainstreaming students.

These are parents who believe the special mission of T.H. Rogers with its three student populations learning from each other — GT, special ed and deaf — should be retained. And they argue, that by including each group in activities in common, that they are, in effect, mainstreaming.

Oise (his full name is Oboiseoye but his mother says that's too tough for most people here) started school at Askew Elementary whose teachers realized something was wrong and sent him for testing. He was moved to Rogers in first grade and in 2016 he received a cochlear implant from Texas Children's Hospital when he was 6 years old. He also wears hearing aids.

Doctors have not been able to determine what caused Oise's hearing loss, his mother says, whether from a fall or illness. He is one of seven children and was born in Nigeria like all but the youngest of his six brothers and sisters. Their father remains in Nigeria, denied a visa during the Trump presidency. His mother works as a corrections officer for the Texas Department of Criminal Justice. Being from Nigeria makes getting financial aid a lot tougher, she adds.

Relu is afraid that her son's deafness was diagnosed too late and that because of that he's having a harder time making improvements.  He was tested repeatedly while at T.H. Rogers and does hear faint sounds. He had a speech therapist and a memory therapist who helped him review his lessons as did his mother. Even with that help, he was held back in second grade, a suggestion Relu agreed with, so he could make more progress before entering third.

Oise was moved under the banner of "life and learning skills" — a noble intention but as Relu sees it, her son needed more time to get him to the point where he could absorb those skills enabling him to live on his own.

She wasn't happy when she got the news from the district by letter. "I didn’t like it because that means he would miss a lot of attention, a lot of therapy that T.H. Rogers was giving him."

Initially,  Oise was being moved to another school  in the district, but in a sudden change, officials decided he should go to Billy Reagan instead, she said. Problems with transportation occurred immediately. The school knew he was coming there, but HISD had taken him off the bus list. "They had logged him out of his HISD school routes."  By the time she got it sorted out, he had stayed home for two weeks with no therapy, she says.

And although he went in June and July to the summer session, Relu says the school didn't hire a speech therapist until November.

"I am not putting Billy Reagan down. They just obey the district," Relu says, adding that she is now trying to get her son into the Texas School For the Deaf which has a long waiting list.

"No one got up and told God 'Bless me with that child.' But he’s already your child and you’re not going to hate him. You’re going to love him. And you’re going to need support. And that’s what T.H. Rogers does provide.

"At T.H. Rogers they had games, parties, a mixture of life. If they ask us to go back to T.H. Rogers we will be happy to," she says. "They didn't give up."
KEEP THE HOUSTON PRESS FREE... Since we started the Houston Press, it has been defined as the free, independent voice of Houston, and we'd like to keep it that way. With local media under siege, it's more important than ever for us to rally support behind funding our local journalism. You can help by participating in our "I Support" program, allowing us to keep offering readers access to our incisive coverage of local news, food and culture with no paywalls.
Make a one-time donation today for as little as $1.