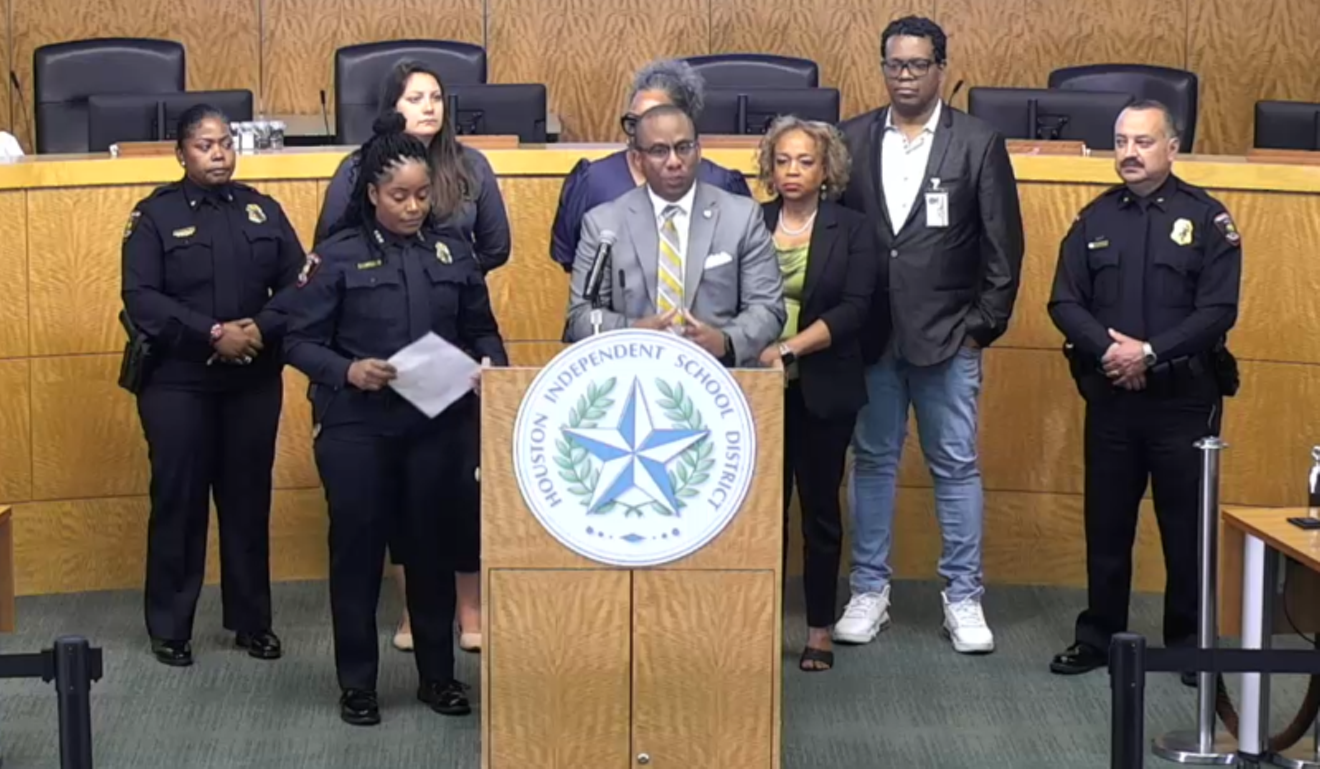 One day after the tragedy that unfolded in an Uvalde elementary school where at least 19 youngsters and two teachers were killed and several others injured, Houston ISD Superintendent Millard House II called a noon press conference Wednesday to address safety and parents' fears.

Eighteen-year-old Salvador Ramos, who was shot to death by a U.S. Border Patrol agent after allegedly shooting his grandmother before moving on to the school was armed with what early reports said was an AR-15 semi automatic rifle and a handgun.

"Many of you have the thought of keeping your children home because of the most recent issues in Uvalde and at Robb Elementary, which is completely understandable," House said. He pointed out that as superintendent, he's charged with caring for the students in the whole district and its operations.

"But first and foremost I'm a dad. And I'm a dad of a fourth grade student and a junior in high school," he said. Knowing that the students killed in Uvalde were also fourth graders makes it hit home even more, he said.

He urged parents to talk to their children about the Uvalde tragedy, adding that children look up to their parents to make them feel safe. He asked parents to bring up the subject with their children and to sit back and let them talk without interruption. "Listen for misinformation. misperceptions and gently correct those once your child has had the opportunity to share their thoughts."

HISD uses the Sandy Hook Say Something App, House said, which allows for the anonymous reporting of tips and counselors in 26 different languages. He said the app has three components:  How to look for warning signs of threats, how to act immediately and how to tell a trusted adult about those concerns. Crisis counselors are also available to talk and to answer any follow up questions.

Assistant Chief Lucretia Rogers then addressed the group saying that the HISD police force has reached out to other local law enforcement and the FBI and been told there are no threats to any HISD campuses that they know about right now.  She said HISD police officers receive active shooter training and also work with students and teachers on what should happen if something like what happened in Uvalde begins to unfold.

"We rely on our students, our staff and all the community members to let us know when there are dangers in the community," rogers said. She asked that suspicious activity should be reported to the HISD police dispatch center 713 892-7777 or dial 911. The Sandy Hook tipline number that she said many HISD students use  is 1-844-572-9669.

House said he'd talked to Mayor Sylvester Turner this morning and Turner had pledged any additional law enforcement support needed for the end of year activities throughout the district.

"Even though we haven’t had a threat that has materialized into a serious occurrence this year, we take each one of these threats seriously, closely investigate it and when there are findings those findings are shared with my administration and the school to ensure that the safety and security of our students and community is again a-one."
KEEP THE HOUSTON PRESS FREE... Since we started the Houston Press, it has been defined as the free, independent voice of Houston, and we'd like to keep it that way. With local media under siege, it's more important than ever for us to rally support behind funding our local journalism. You can help by participating in our "I Support" program, allowing us to keep offering readers access to our incisive coverage of local news, food and culture with no paywalls.
Make a one-time donation today for as little as $1.