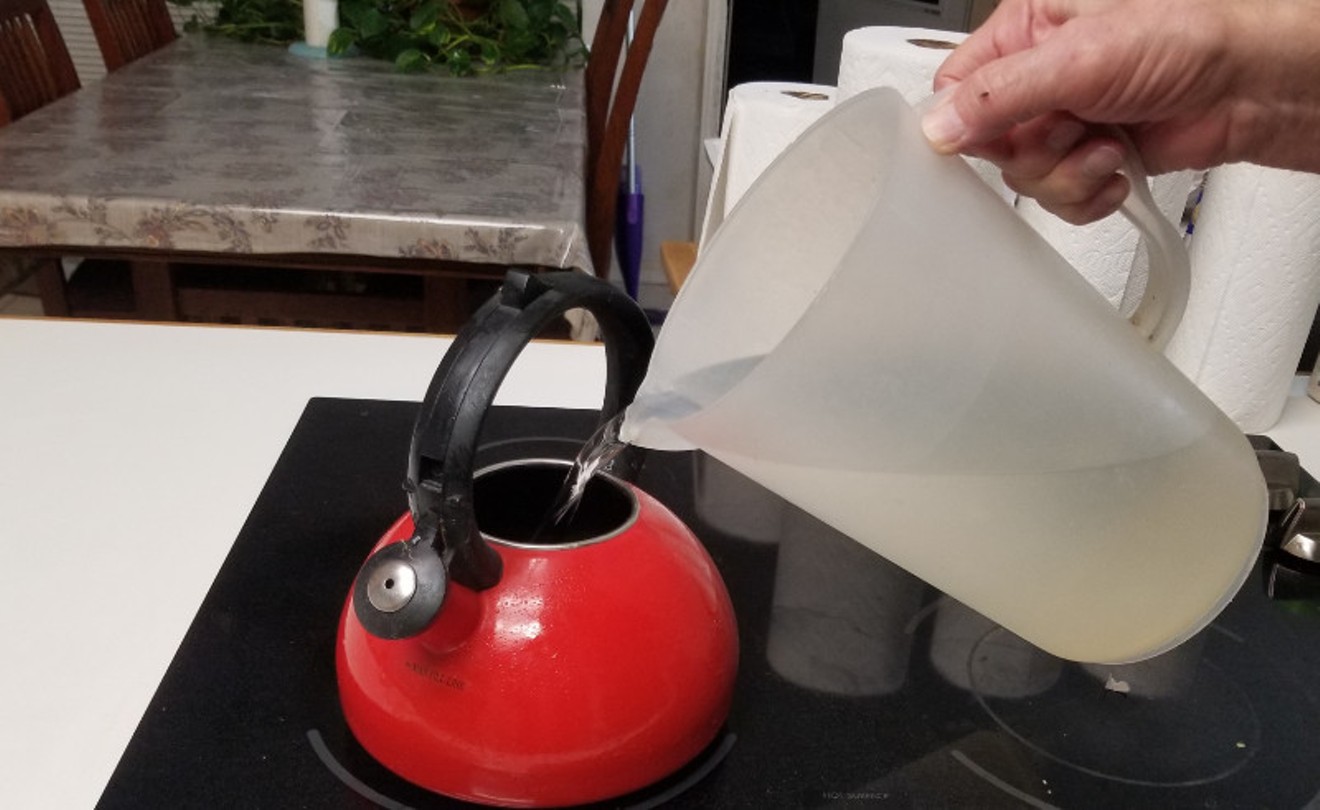 Get ready to boil till further notice. Photo by Margaret Downing

Thanks to a power outage at the East Water Purification Plant about 10:30 a.m. Sunday, the city of Houston Public Works Department has issued a boil water notice.

Water pressure dropped below the Texas Commission of Environmental Quality's required minimum so  20 PSI during the outage.

*Do not drink the water without boiling it first.
*Bring all water to a boil for at least two minutes.
*Let it cool before using.
*Individuals without power to boil water are advised to use bottled water for consumption.

If you have questions concerning this matter, you may contact 311 or email [email protected]

The public water system will send a notice to customers when the boil water notice is over.

Gov. Greg Abbott issued a statement that he has offered Houston Mayor Sylvester Turner technical assistance from state offices that the city may need to deal with the problem.

Update 9:29 p.m.: Houston ISD has announced that all HISD schools, offices and facilities will be closed Monday because of the boil water notice.

NEW INFORMATION
The following wholesale customers that receive water from the City of Houston's main system should follow guidance from their jurisdiction to determine if they should adhere to the boil water notice.

And HCC announced its facilities are closed but classes will be offered online.
KEEP THE HOUSTON PRESS FREE... Since we started the Houston Press, it has been defined as the free, independent voice of Houston, and we'd like to keep it that way. With local media under siege, it's more important than ever for us to rally support behind funding our local journalism. You can help by participating in our "I Support" program, allowing us to keep offering readers access to our incisive coverage of local news, food and culture with no paywalls.
Make a one-time donation today for as little as $1.