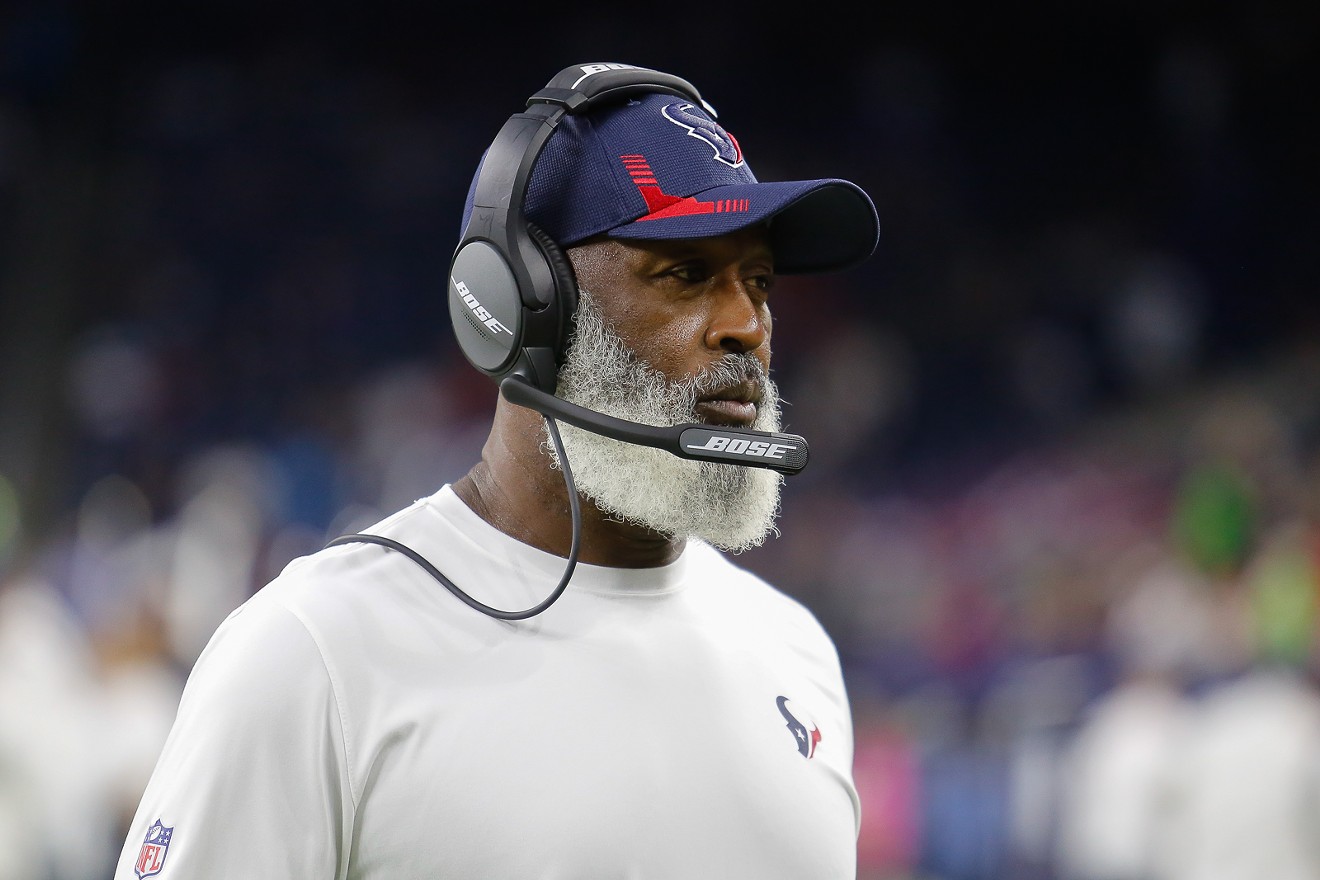 Lovie Smith doesn't seem to play the same "depth chart games" as previous Texans head coaches. Photo by Eric Sauseda
One of the most underrated days on the NFL's preseason calendar, over the last few years, for Texans fans, has been the release of the team's first preseason depth chart. It was underrated because, in the latter days of Bill O'Brien and during the Lost Season of David Culley (proper noun status for that horrific season!), the depth chart was a treasure trove of drama.

Most notably, last season, a clearly washed up Whitney Mercilus was listed as the No. 1 defensive end on the depth chart, TWO LEVELS above a younger, more productive, but far more truculent Charles Omenihu. In short, the depth chart was a haven for mind games with players who didn't walk the company line, or at least it FELT that way.

This season, Lovie Smith doesn't seem to have the stomach nor the time for the jackassery of the O'Brien and Culley Eras. Here is the first depth chart:


#Texans Depth Chart has dropped. The days of the rookie gimmick games are done. #WeAreTexans pic.twitter.com/tZFx1bdcYZ

Wow! Actual rookie starters! NO WAY! Actually, that's a good place to start in unearthing some storylines for Saturday's preseason opener against the Saints at NRG Stadium. Let's go:

4. Rookie starters
The two rookies I am referring to are the two most impressive rookies in training camp so far — cornerback Derek Stingley, Jr. and safety Jalen Pitre. Both have been consistently running with the first team, and if both are healthy, they will start in Week 1 versus Indianapolis. Stingley, the third overall pick in the 2022 draft, has been more of an impressive specimen than a super productive player in camp, although he has made some plays. Pitre, a second round pick from Stafford, has been one of the biggest conversation generators among media at camp. He's been awesome. If there is something I feel REALLY good about early in camp, it's that Nick Caserio may have put "fixing the secondary" into the roster building HOV lane.

3. Running game
The other rookie that has flashed consistently has been running back, and fourth round pick, Dameon Pierce. A running back stable that went into the 2021 season with Phillip Lindsey, Mark Ingram, and David Johnson as the lead backs, is far more intriguing (and likely WAY more explosive) this season with Pierce and Marlon Mack. That said, as best we can tell from practices with no tackling, the offensive line's run blocking doesn't appear to be taking a big leap forward. Fortunately, Saturday's game WILL include tackling, and thus we should get a good early read on how offensive line coach George Warhop's crew is looking.

2. Brevin Jordan and Nico Collins
The 2021 draft class, all FIVE of the players in that class, has shown well throughout camp, and other than quarterback Davis Mills, the most important players in that class are wide receiver Nico Collins and tight end Brevin Jordan. Both have come back this season looking noticeably like they've spent a ton of time in an NFL weight room. Hell, Jordan revealed that he has abs for the first time since seventh grade basketball! However, beyond the aesthetics of how both players are now sculpted, Collins and Jordan have been making plays in camp, which is crucial, because Mills needs more playmakers than just Brandin Cooks. Collins has a great opportunity to be a big intermediate/jump ball target, and Jordan's run-after-catch ability is another element that can open things up offensively.

1. Quarterbacks, non-Mills category
Mills is the clear cut starter for this team, which means he likely gets treated as such in this preseason game. In other words, we likely see him for a series or two. Also, it was reported by multiple outlets late Thursday night that backup QB Kyle Allen tested positive for COVID. This means that we are going to get a heaping helping of — GULP! — Jeff Driskel. The ceiling for this team with Mills under center is probably seven wins. From what I've seen at camp, the ceiling for this team if Mills gets hurt is probably three wins, at most. Saturday, against actual live bullets, gives us our first chance to see if a Mills injury means an express pass to the No. 1 overall pick.