Overview of Houston Texans Players Signed for 2022 and Beyond 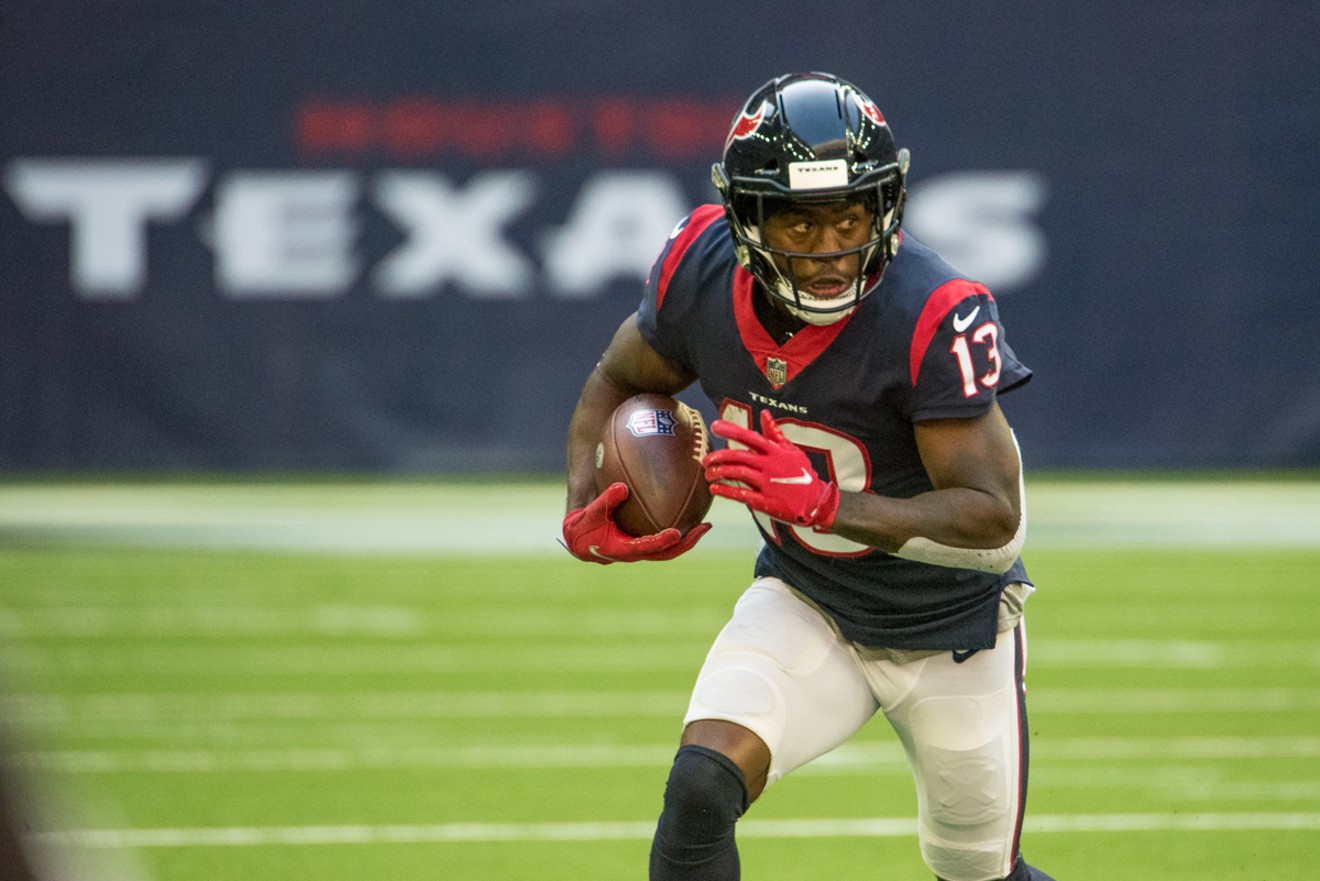 Brandin Cooks (13) charges downfield after making a catch. Photo by Eric Sauseda
No NFL team was set up for more player turnover after the 2021 season than the Houston Texans. With just 11 remaining players from their 2019, 2020, and 2021 drafts, and with a few dozen veterans on one year deals for 2021, you will definitely need a program once again at games this season, if indeed you are part of the loyal fan base still going to games.

So, as the Texans' offseason gets underway this week, with free agency set to begin in a few weeks, and the draft coming up in late April, it's probably a good idea to so a level set on exactly which players are still Houston Texans, at least contractually, for the 2022 season. Here is a position by position overview of which players are under contract for next season, with their 2022 salary cap hits and the year through which they are signed in parentheses:

QB:
Deshaun Watson ($40.4 million, through 2025)
Davis Mills ($1,186,633, through 2024)
In a perfect world, Watson will no longer be on the books in 2022. Well, actually, in a perfect world, Watson is perfectly happy as a Texan and doesn't get accused of sexual misconduct by 22 women in lawsuit form. You get my drift, though. The hope for the Texans is that Watson is traded before the draft, and the Texans would bring in a veteran free agent and possibly draft a QB in the later round to round out the depth chart.

WR:
Brandin Cooks ($16,235,294, through 2022)
Nico Collins ($1,107,163, through 2024)
Phillip Dorsett ($1,135,000, through 2022)
Cooks is actually a candidate for an extension that takes him into his early 30's. he is well liked by GM Nick Caserio and EVP Jack Easterby. Nico Collins is one of a handful of players on rookie deals, and should take a step forward in his second year. Dorsett was doing some decent things after arriving as a street free agent, before getting injured late in the season.

TE:
Brevin Jordan ($913,046, through 2024)
This position is a prime spot to be filled with some moderately priced veteran free agents (Dalton Schultze, anyone? Mike Gesicki, perhaps?) Jordan taking a big step forward in Year 2, and building on his stellar last eight weeks of the season would be a welcome development.

LB:
Kevin Pierre-Louis ($4,000,000, through 2022)
Garret Wallow ($898,971, through 2024)
Derek Rivers ($1,200,000, through 2022)
Wallow did some nice things when given an opportunity during the weeks where the linebacking corps was decimated with COVID. Pierre-Louis was a major disappointment, missing most of the season with injuries. The lack of numbers here shows why re-signing Kamu Grugier-Hill and Christian Kirksey is such a priority.

S:
Eric Murray ($6,750,000, through 2022)
Jonathan Owens ($910,000, through 2022)
Murray is probably gone as a cap casualty, thus ridding the Texans of one of Bill O'Brien's worst decisions as general manager. Owens most recently got engaged to Simone Biles, so at the very least, we need him for the Biles-generated buzz around NRG Stadium on game day! (Also, Owens secure two turnovers in his only full game of 2021, so there's that.)

SPEC:
Ka'imi Fairbairn ($4,300,000, through 2023)
Cameron Johnston ($2,833,333, through 2023)
Like Cannon and Murray, Fairbairn could be a cap casualty, as he is paid like a top five kicker, and actually kicks like a bottom third of the league kicker. Johnston was probably Caserio's best signing of the 2021 offseason last year.