How Do the Rockets and Warriors Match Up Ahead of the Western Conference Finals? 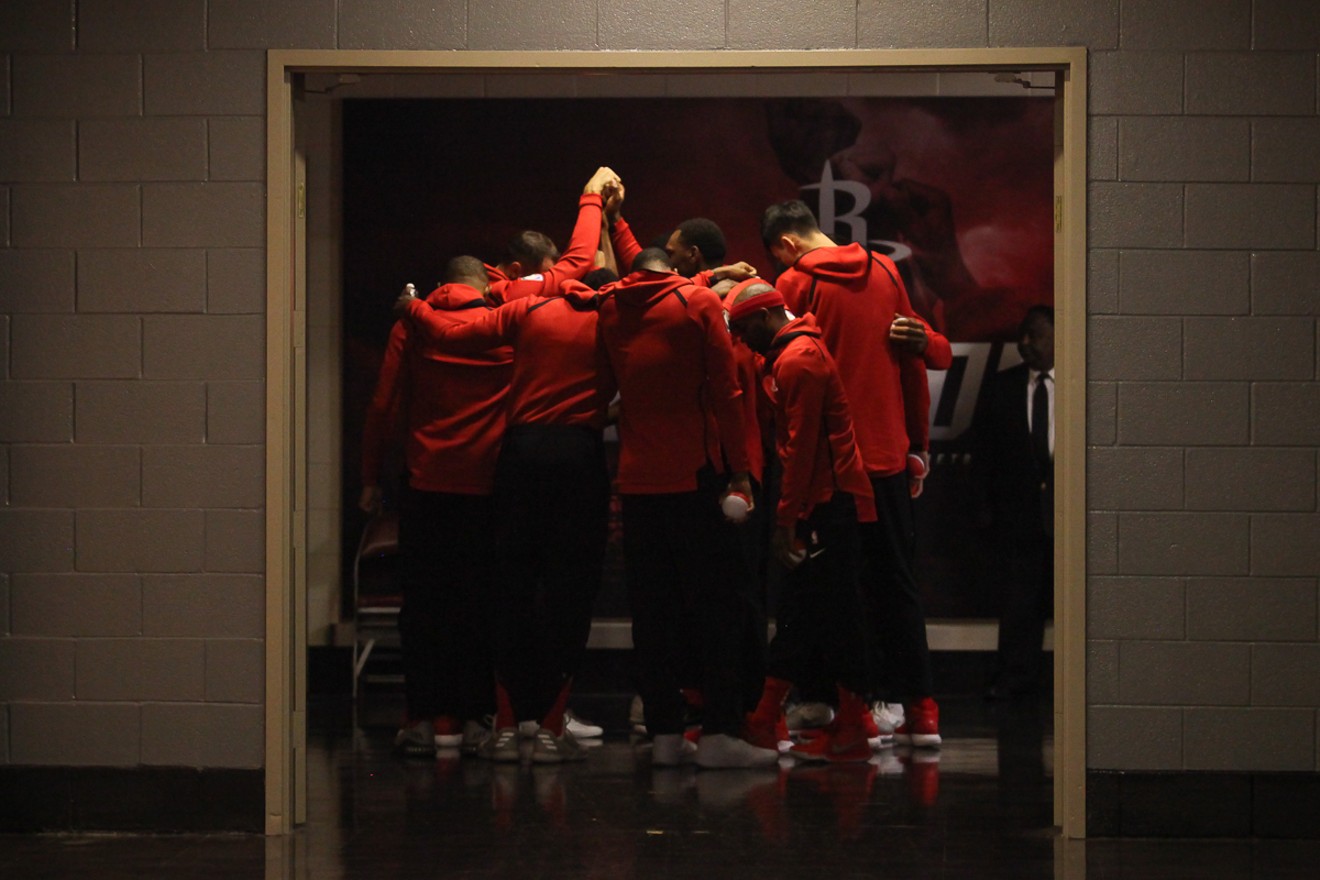 The Rockets will need to Run as One in this series more than any other. Photo by Eric Sauseda
The Rockets cruised through their two first round series with relative ease as did the Golden State Warriors. They are now on a collision course in the Western Conference Finals, a series basketball fans have been waiting for since November. Their clash has been so anticipated, some are calling it the "real" NBA Finals, owing to the strength of teams in the Western Conference.

The Rockets took three of the four games the teams played this season including a gripping opening night game in Oakland. Remarkably, the four teams that played on opening night are the final four standing at the end of the season. But, how do the teams match up now that they are deep into the playoffs and the Warriors seem to be healthy again?

On paper, the former MVP versus Paul might seem to be advantage Warriors, but Paul has been terrific in the playoffs and Curry, as good as he was against the Pelicans, is still getting fully healthy. Curry is a solid defender, but not elite. He will be forced to take Paul or James Harden and be defended by a cast of solid Rockets defenders. Paul will be challenged by the shooting of Curry. We hope these two match up often. That will be fun to watch.

This is not as big an advantage for the almost certain MVP as one might think. Thompson is one of the league's best shooters and we expect Andre Iguodala to spend a lot of time defending Harden (maybe vice versa as well). Harden wasn't quite himself in the semis. He'll need to regain that MVP form if the Rockets are going to beat Golden State.

It is unlikely these guys will match up one-on-one all that often. In fact, it's possible the Warriors start JaVale McGee or David West to counter against Clint Capela. But Iguodala is part of the "Hamptons 5" lineup that is so potent for Golden State, so expect to see a lot of him. Both are grinders who can shoot and will have sizable defensive responsibilities against a variety of opponents.

Much like Ariza/Iguodala, these two probably won't match up a lot. Expect to see Tucker on Draymond Green often is what should be one of the nastiest slug fests we've seen these playoffs. Durant is a transcendent star who is the biggest match-up problem for the Rockets without question. Keeping him in check will be priority one.

Clint Capela may be one of the few match ups the Warriors will have to really think about.
Photo by Eric Sauceda
Clint Capela vs. Draymond Green
Advantage: Capela (+1)

Surprisingly, Capela represents perhaps the most complicated matchup for the Warriors. Expect to see Durant on him much of the time given his size and wingspan as well as reserve Kevon Looney, but it will be Capela's defense that will likely be the most important element of his game. Green, as usual, will do the dirty work.

Both are seasoned coaches, but Kerr has the hardware to back it up. Neither coach micromanages his team, allowing them to figure out the right calls mostly on their own. Still, when it comes to crunch time, and it probably will plenty of times, Kerr has been there and D'Antoni hasn't.

The biggest mismatch for the Rockets is on the bench. Neither team goes deeper than 8 or 9 players, but the Warriors are heavily reliant upon their five main guys, much more so than the Rockets who can counter with Eric Gordon, Nene and wildcard Gerald Green. The Warriors really only play two guys significant minutes off the bench in Looney and guard Shaun Livingston.

Make no mistake, the Warriors aren't going to give away the series. The Rockets will have to take it from them. The Rockets sometimes play loosey-goosey with the ball and that could cost them. Don't be surprised if the Warriors have at least one blowout, maybe two. But, defensively, the Rockets are a changed team and it just feels like their year. If they can keep the Warriors from blowing them off the court and maintain their composure, this could be their series. If you are an NBA fan, get your popcorn. If you love the Rockets, you might need your heart medication nearby.
KEEP THE HOUSTON PRESS FREE... Since we started the Houston Press, it has been defined as the free, independent voice of Houston, and we'd like to keep it that way. With local media under siege, it's more important than ever for us to rally support behind funding our local journalism. You can help by participating in our "I Support" program, allowing us to keep offering readers access to our incisive coverage of local news, food and culture with no paywalls.
Make a one-time donation today for as little as $1.