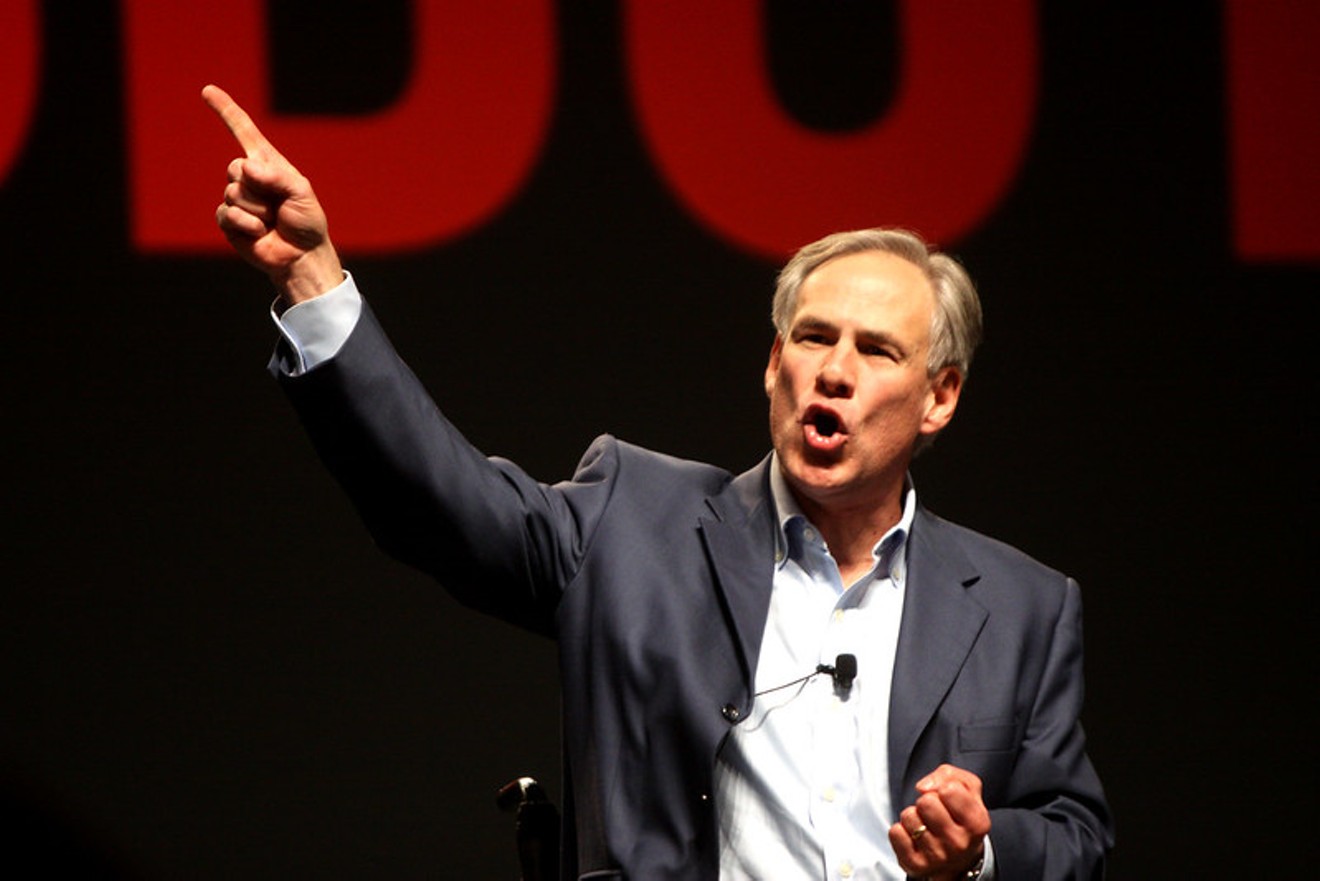 Texas Attorney General Greg Abbott speaking at FreePac, hosted by FreedomWorks, in Phoenix, Arizona. Photo by Gage Skidmore via Flickr
A lot of factors contributed to Governor Glenn Youngkin’s gubernatorial win in Virginia earlier this month, including the fact that Virginia nearly always switches from the president’s party in their governor races. One thing that hasn’t been mentioned much, though, is the fact that shortly before Election Day there was a massive right wing anti-transgender media blitz.

On May 28, a female student was sexually assaulted by another student in the bathroom of Stone Bridge High School in Loudoun County, Virginia, one of the more liberal counties in the state. The girl’s father, Scott Smith, was then arrested at a school board media on June 22 for disorderly conduct. Among the items on the agenda was Policy 8040, which would have allowed transgender students to use the bathroom aligned with their gender identity. The policy eventually passed,

The same student then transferred to Broad Run High School. A second victim was assaulted by that student on October 7, this time in a classroom. The victim’s parents have said that the assailant, who recently pled guilty to assault, was gender-fluid. School and law enforcement authorities have pointedly refused to identify the gender identity of the assailant. All that is know for certain is that the assailant was wearing a skirt a during one of the assaults. Most local news reports refer to the assailant with he/him pronouns. The assailant’s lawyer has said that calling his client gender fluid or transgender is inaccurate.

I first heard about this case because I cannot get off the Daily Wire mailing list for some reason. For weeks leading up to the election, they ran headlines accusing transgender bathroom policies for the assault despite the fact that the first occurred before such policies were implemented and the second happened in a classroom, not a bathroom. When that grew stale, they lauded Smith as a hero standing up to a corrupt "woke" school board.

Youngkin himself, who won the governor seat by only 2 percentage points and 63,4800 votes, was happy to make hay of the incident. He is, as the online site "them." put it, “an anti-LGBT nightmare.” He started his campaign opposing trans people in sports other than their birth gender, and also supported removing books with LGBT themes from school libraries under a massive conservative disinformation campaign that they promoted pedophilia. Youngkin usually stopped short of blaming the bathroom policy on the assaults in ads and statements, but he made it implicitly clear that liberal policies were making schools less safe. His hyperfocus on the specter of sexual assaults in schools likely contributed to his narrow win.

Which brings us to Texas. Governor Greg Abbott is seeking re-election next year and is already fighting for his political life. Not only has popular former congressman Beto O’Rourke finally formally announced that he will be seeking the office, but Texas GOP Chair Allen West is trying to out primary Abbott from the right. This challenge has sent Abbott into a right-wing legislative frenzy in which anti-trans initiatives are front and center. In two separate special sessions of the Texas legislature, Abbott put a bill on the agenda to ban trans people from sports unless they participate under their birth gender. The bill passed in October to widespread Republican applause. He’s also made restricting gender-affirming care for minors a top priority, though thankfully that one has not yet passed.

Widespread transphobia has become a staple part of Republican fearmongering, especially when it comes to motivating their conservative base. Though by no means the only factor in Youngkin’s win, it should not be dismissed as nothing. Republican backlash against progressivism in schools, such as the teaching of the history of racism, has the support of 43 percent of self-identified Republicans.

Trans people are in general an easy target for Republicans to attack and historically, have been a great beta test for fascists to take power. There is no chance that Abbott has not watched Youngkin’s ascension closely and taken notes.

One day next year, there will be a story that is yeeted out of the right-wing conspirasphere and into the mainstream involving trans people and schools and a crime. The story will very carefully maneuver the facts into an order that will imply liberals are purposefully allowing trans rapists into proximity with Texas children. Maybe they’ll take an outraged parent’s assertion of the accused’s gender identity as proof. Maybe they’ll conveniently fail to mention whether a bathroom policy was even in place when the attack happened. Maybe it will take a form we haven’t seen yet.

But we can be certain that Republicans, and Abbott in particular, know the worth of the transphobia con. No amount of data showing that allowing trans people to exist in public spaces related to their gender identity does not increase assault will be worth what the lie can produce in terms of votes.

Texans need to be ready for this specific lie. The lives of our trans residents literally hang in the balance because if the lie succeeds in getting Abbott another term, there is no reason he would ever stop telling it.
KEEP THE HOUSTON PRESS FREE... Since we started the Houston Press, it has been defined as the free, independent voice of Houston, and we'd like to keep it that way. With local media under siege, it's more important than ever for us to rally support behind funding our local journalism. You can help by participating in our "I Support" program, allowing us to keep offering readers access to our incisive coverage of local news, food and culture with no paywalls.
Make a one-time donation today for as little as $1.