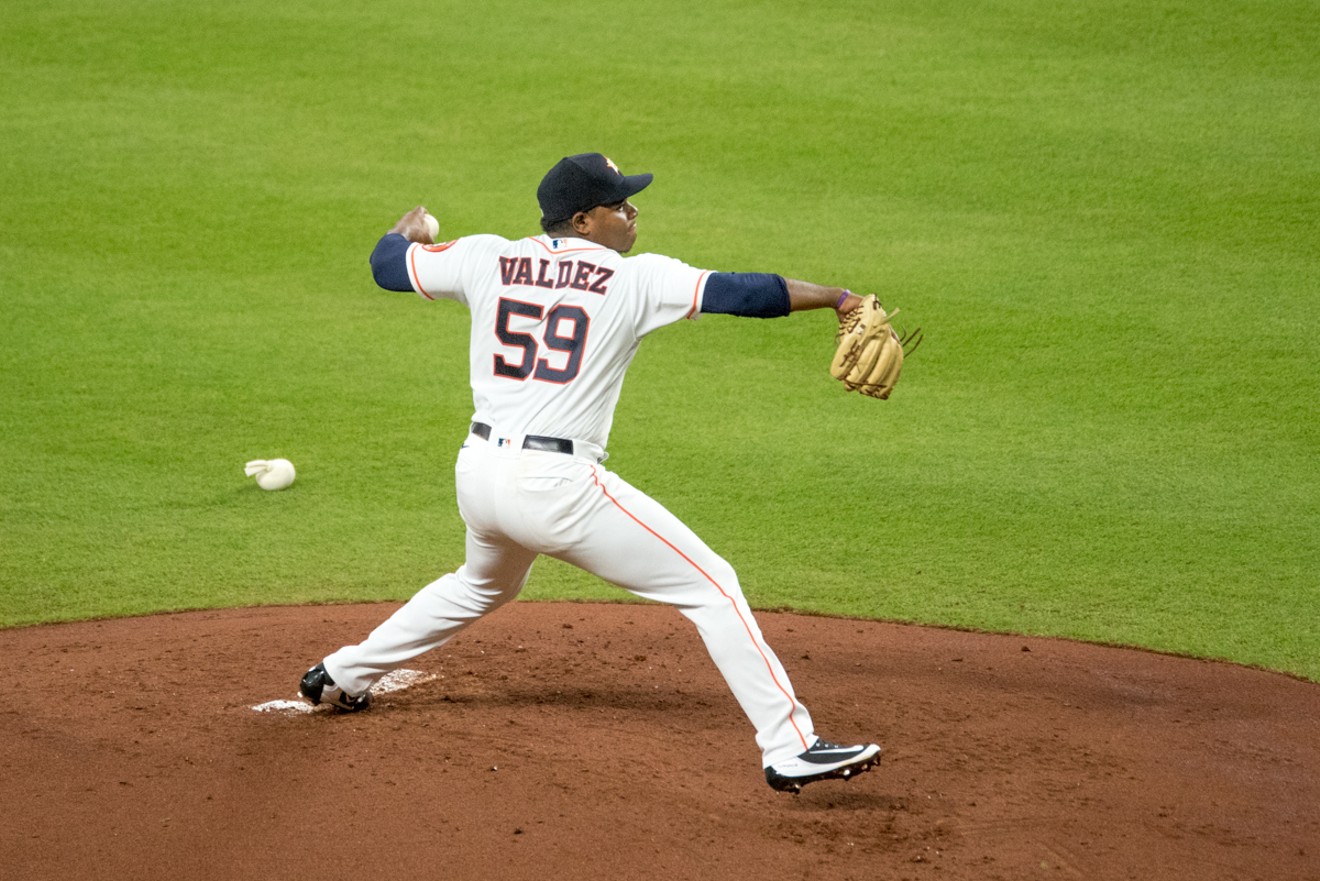 Framber Valdez is one of a number of young arms the Astros have already needed this season. Photo by Jack Gorman
It remains one of the most controversial headlines in Houston media history and it had nothing to do with politics or social justice or pandemics. On June 1, 2005, the Houston Chronicle ran a story that covered nearly the entire front of the sports section. It included a massive illustration of a tombstone with an Astros logo on it and the words, "RIP Astros Season."

Through the first two months of the 2005 season, the Astros were 19-32, an awful mark considering a lineup that included Hall of Famers Jeff Bagwell and Craig Biggio, never mind a rotation that featured Roger Clements, Andy Pettit and Roy Oswalt. But, with 111 games left in the season, the tombstone seemed like an overstatement even if the story accompanying it didn't spell that level of doom.

Using the sports section as a rallying cry, the Astros finished at 89-73 and made it all the way to the club's first ever World Series, losing to the White Sox.

It was a cautionary tale on hyperbole early in a long baseball season.

But, this is not 2005 and this Astros team, at 7-10, is nearly a third of the way through a pandemic-shortened season with very little help in sight. Their ace, Justin Verlander, appears to be unlikely to return from a forearm injury. Closer Roberto Osuna is gone for the season, needing surgery. And their entire bullpen has been decimated by injury forcing the club to go with guys who hadn't even played AAA ball before this season.

That inexperience is showing and will continue to erode the Astros' ability to put Ws on the board. But, given what is coming after the season, they better find out now who they can count on in the future.

Much of the Astros rotation and bullpen are set to be free agents or arbitration eligible this offseason and next. Verlander and Zack Greinke each have one more year under contract as does Ryan Pressly. Brad Peacock, Chris Devenski, Joe Biagini and Osuna are all arbitration eligible and likely to be subject to outright release over the winter. There is some depth in the Astros farm system and some of it is now on display in the majors. Who survives and who doesn't will be key to what the franchise does over the next two to three years, on the field and off.

Certainly, the Astros lineup can and likely will improve in 2020. As George Springer returns from his wrist injury and guys like Jose Altuve and Alex Bregman get back on track — and when Yordan Alvarez finally joins the team — this will become a difficult team to beat at the plate once again. But, on the mound, they will remain fallible and lacking in experience, making them long shots (even without a below .500 record) rather than contenders.

And make no mistake, while no one wants to see the team lose this season, however strange a season it may be, there is far more riding on what happens over the next couple of offseasons. This year, it will be decisions on essentially the entire outfield (Springer, Michael Brantley and Josh Reddick are all free agents) and Yuli Gurriel, who is up for arbitration. That is in addition to all of the changes coming to the pitching staff.

New GM James Click will be tested in a way Jeff Lunhow was when he took over and proceeded to dismantle and rebuild the entire organization. Lunhow turned the Astros into a World Series winner (all cheating aside). The expectations for Click will be just as high and the Astros GM is going to need to know what he has, and just as importantly, what he doesn't, to be able to make the decisions necessary to guide the franchise over the next two years into an increasingly uncertain future.

No one should be erecting any tombstones, illustrated or otherwise, to the 2020 Astros season (even if COVID-19 might take care of that for them eventually). But, we wonder if the ballclub shouldn't be considering their options. If there was ever a time to be willing to accept the possibility of a losing season in the name of improvement in the future, it should be during this bizarre, short and unprecedented season.
KEEP THE HOUSTON PRESS FREE... Since we started the Houston Press, it has been defined as the free, independent voice of Houston, and we'd like to keep it that way. With local media under siege, it's more important than ever for us to rally support behind funding our local journalism. You can help by participating in our "I Support" program, allowing us to keep offering readers access to our incisive coverage of local news, food and culture with no paywalls.
Make a one-time donation today for as little as $1.