Time for the Rockets Rebuild to Begin 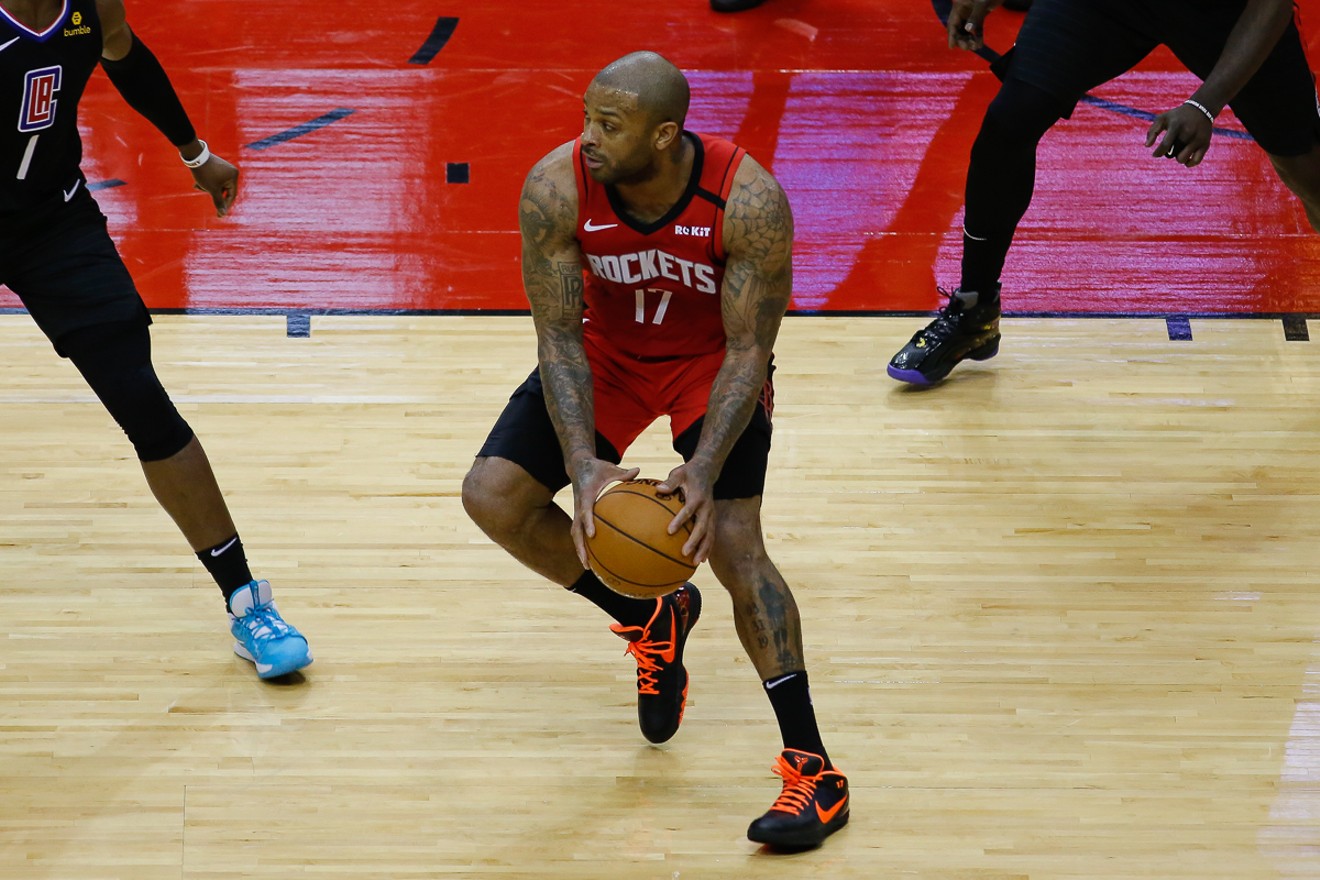 P.J. Tucker will make a valuable trade asset before the trade deadline. Photo by Eric Sauseda
It's been several years in the making. As the team aged around James Harden and the Rockets desperately tried to find new and creative ways to keep them afloat, the handwriting was already on the wall. A rebuild was inevitable. The eight-game losing streak — the longest in 20 years — is just one more reminder that the Rockets focus must now be on the future.

This is not the fault of the current players or staff. It was a roster thrown together during a pandemic, mostly after the season was already underway. They have been beset by injuries and forced to play rookies and guys who probably shouldn't be in an NBA rotation.

But, living in the cellar of the NBA's Western Conference with prospects dwindling daily and the trade deadline about a month away only amplifies the need to forget about this season and start working for next and beyond.

Fortunately, GM Rafael Stone got a jump start on that with trades that not only netted the team Christian Wood, but a boatload of draft picks and pick swaps. They also have solid trade pieces like P.J. Tucker to consider in any deal.

More importantly, they need to consider moving Victor Oladipo. Not only has the talented wing man been injured for much of his short time with the team, he has underperformed otherwise. Given that he will be an unrestricted free agent at the end of this season, using him as bait for a contender that needs additional firepower only makes sense. The Rockets would be unlikely to max out Oladipo in the offseason. The best they could do now is move him for more draft options and, potentially, another young developing player.

They would still have veteran leadership in John Wall, who isn't going anywhere for now, and Eric Gordon, who has a virtually un-tradeable contract but still is a solid, consistent performer. That will ease the transition a bit. But, the time has clearly come to start their future plans in earnest.

Stone learned from former GM Daryl Morey the value of the long game when it comes to the NBA's asset-laden chess board. First round draft picks today become bargaining chips in trades tomorrow. Older talent can be leveraged for younger prospects to contending teams looking for the final missing piece to their championship puzzle.

For years, the Rockets were buyers in the free agent and trade market. Morey furiously moved assets to assemble the best team possible around Harden. Now that both are gone, the Rockets are no longer buyers. They are sellers. For the first time in a very long time, the Rockets need to think more about tomorrow than today.
KEEP THE HOUSTON PRESS FREE... Since we started the Houston Press, it has been defined as the free, independent voice of Houston, and we'd like to keep it that way. With local media under siege, it's more important than ever for us to rally support behind funding our local journalism. You can help by participating in our "I Support" program, allowing us to keep offering readers access to our incisive coverage of local news, food and culture with no paywalls.
Make a one-time donation today for as little as $1.