After Injury, Barrel Racer Jackie Ganter Gets Back on Her Horse in Houston 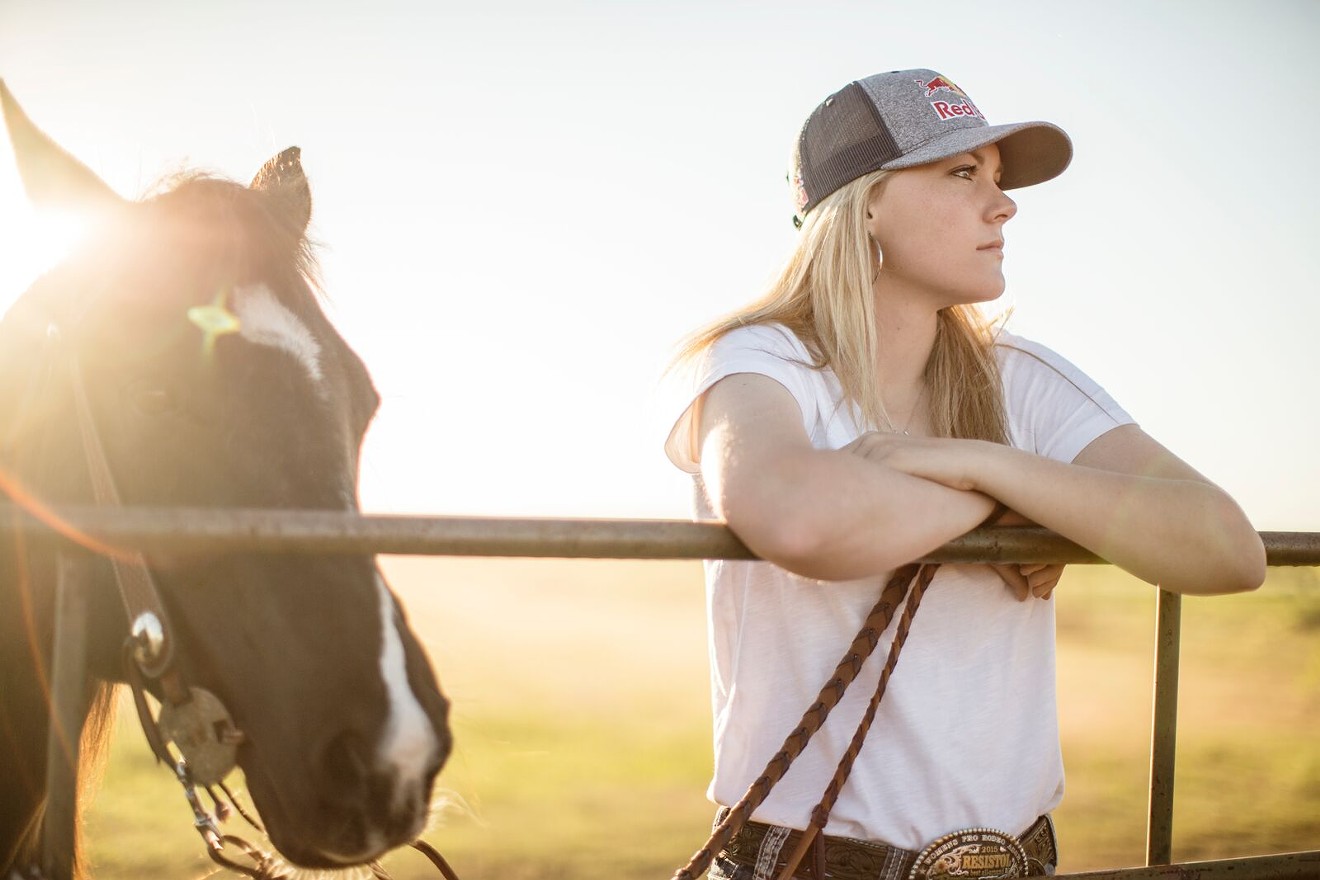 Jackie Ganter doesn't have any quit in her. Photo courtesy of Red Bull
There’s a certain amount of risk involved in any sport, but the risk involved in rodeo sports feels amplified. Humans can only be responsible for themselves, after all, and adding animals to the mix means a whole host of variables being added to the equation. Every time someone gets on top of a horse or bull, anything can happen.

So you can imagine, ignoring the pain for a moment, the frustration that would come with breaking your ankle six or so weeks out from one of the biggest rodeos of the year. Imagine how you would react to being told that you wouldn’t be able to ride for the next six weeks. What would you do?

If you’re barrel racer Ganter, the answer is you do everything you can to get your ankle in riding shape so you don’t miss RodeoHouston.

“I went physical therapy every day. I just tried to get it better and stronger as fast as possible,” Ganter tells me hours before her first night at RodeoHouston 2018. “They said I wouldn’t ride for six weeks and I rode at four.”

So what happened in the first place? The unpredictability of animals, of course.

“I went to a barrel race. I was running to the first barrel, and when I got to it the ground was pretty slick and wet. [The horse] fell on top of me, and when he got up he stepped on my ankle and broke it,” Ganter explains.

So yes, rodeo may not be going down a mountain or jumping out of a plane or anything that you might find as part of X-Games, but it's an extreme sport. In addition to being the Women’s Professional Rodeo Association Rookie of the Year in 2015, she’s also the only rodeo athlete currently part of the Red Bull family of athletes. She’s a modern athlete in every sense of the word, including being one of the many to use social media to build her brand.

“I think social media is huge. In the past, people weren’t able to have that promotion for their sponsors or for their horses or for themselves,” she says. “Now that we’re able to do that, I think it’s really good to take advantage of that and use it to try and do the best for yourself and everyone that’s affiliated with you.”

For Ganter, there was never any question about missing RodeoHouston this year.

“Houston usually gives people a pretty good jump just because you can win so much money here. And so, it’s one of the last big rodeos before the summer run,” she says.

Because the format for RodeoHouston is so much different than other rodeos, Ganter didn’t make any predictions about how RodeoHouston would play out and instead said she was focusing on doing her best in her second rodeo back from her injury. While she didn’t advance to the semis, she had a solid showing in round one of her super series and didn’t leave Houston empty-handed.

While Ganter may love to ride and her comeback definitely shows she’s true to her “do the impossible” philosophy, at the end of the day she says the best part about doing what she does are those intangibles that make rodeo so exciting: the horses.