James Harden is the NBA's Most Valuable Player. Period. 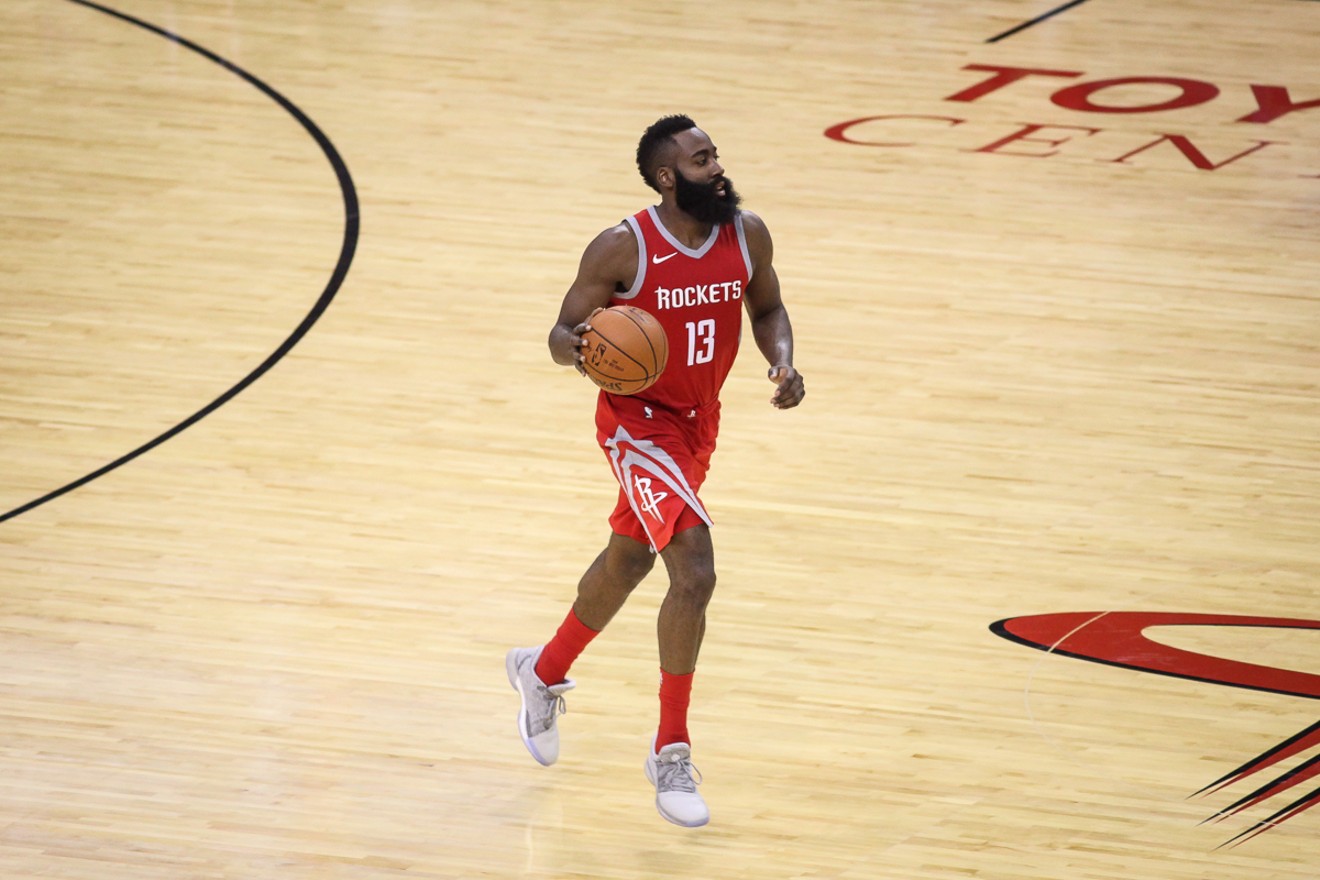 James Harden is the NBA MVP. End of story. Photo by Eric Sauseda
Over the last two seasons, there was an argument to be made. Rockets guard James Harden put up gaudy numbers, historic numbers, but there were caveats.

In 2015, Steph Curry led perhaps the best team in NBA history that didn't win a title, wiping out the Rockets in the process. And Harden's defense was lampooned throughout the year, so much so that his next season, despite another banner year, found him left off most awards lists as the Rockets were bounced in the first round of the playoffs by the Warrirors. In 2017, Russell Westbrook averaged a triple-double. In many ways, Harden's numbers (particularly by todays advanced statistical measurements) were more impressive, but averaging a triple-double in the NBA is like hitting .400 in baseball. It is such a rare occurrence, it's almost impossible to ignore.

But, this season, there are no legitimate challengers. And after Tuesday night's record-breaking performance, the discussion should be over (assuming Harden's health the rest of the way).

While winning a close game against a mediocre Orlando Magic team won't be anything to write home about at the end of the season, consider the following:
By any measure, that is one of the greatest statistical nights in NBA history. And he did it in a close game with two starters and their best bench player sidelined.

Even Lebron James is blown away.
Screenshot
But, if you want more from just this season, he now has four 50-plus-point games this season. The rest of the NBA has four total. He leads the league in scoring, three pointers made and attempted, and is third in assists, which is almost ridiculous when you consider a player leading the league in scoring and nearly leading it in assisting other players in scoring.

Then there is the team. The Rockets have the second best record in the NBA behind only Golden State. That is even with Paul missing much of the first two months of the season, Harden missing two weeks and numerous other players spending time in the training room. Despite the issues, they are only three games back of the Warriors and own the tie breaker against them.

For many NBA fans James Harden will ultimately be measured by what he accomplishes in the playoffs. He has not been good in his career in the postseason with the last few seasons producing notable disappointments in the final games. Certainly the Rockets including Harden would trade an MVP award for a championship, but if the Astros showed us anything last season, it's that you can dare to dream for both.

Besides, the MVP trophy is presented to the best regular season player and it is impossible to ignore performances like Tuesday night. Jose Altuve didn't have the MVP race wrapped up until late in the season and some were unsure of the outcome even into the offseason. For Harden, they may already be etching his name on the trophy by the All-Star break.