Crane, Altuve To Be Honored at 2023 Houston Sports Awards 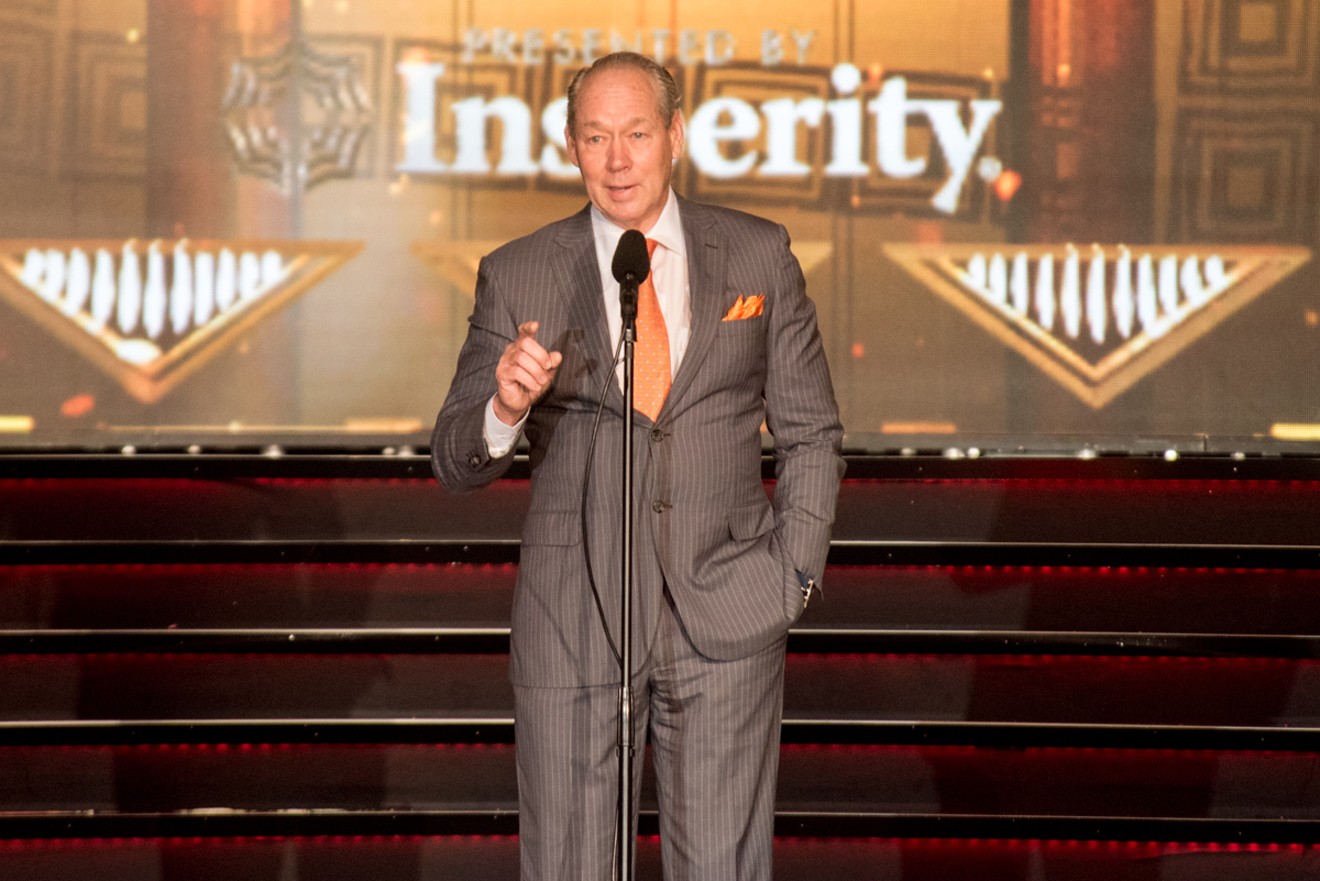 Jim Crane will be receiving more hardware, this time for being the best sports executive in Houston. Photo by Jack Gorman
Outside of Houstom, national media still harbor ill will for the Houston Astros, and the two faces of the cheating scandal for them are owner Jim Crane and second baseman Jose Altuve, even though neither of them used the actual trash can scheme to hit baseballs. For Crane, the animosity is furthered, for some reason, by his decision to move on from GM James Click a month or so ago.

That's OUTSIDE of Houston. Here in Houston, Crane and Altuve are viewed as conquering heroes, and that was validated on Tuesday when the Harris County Houston Sports Authority announced that each would be receiving an distinctive honor at the Houston Sports Awards on January 25, 2023, at the Wortham Center.

We will start with Crane, who was named Executive of the Year for all of Houston in 2022, a "no brainer" considering that he is the steward of a two time World Series champion organization, amidst a city sports scene where the other two high profile, major professional teams are at the bottom of their respective leagues (although the Rockets appear to be on the come!).

Per the press release from the HCHSA:


Houston Astros owner, Jim Crane, is being honored for the second time with the Executive of the Year Award. Crane has been a visionary for Houston, especially as it relates to supporting and amplifying Houston as a sports city. Since 2011, when he bought the Astros, Crane has helped lead the Astros to two World Championship wins. He also led the charge in bringing the Houston Open and the PGA Tour back to Houston.

Crane has always been committed to giving back to the community. Under his leadership, the Astros Foundation has invested in youth baseball and softball, childhood cancer, military, homelessness, and domestic violence. In 2022, The Astros Foundation leaned in on support for the Uvalde community, including a 5-year commitment to revitalizing their little league fields and programming.

Crane is being honored as the 2023 Executive of the Year for his commitment to the city of Houston and his dedication to those in the community.


Then, there is Altuve, who you could argue is the most beloved athlete in the history of the city, certainly RECENT history to be sure, and who I would make a case for as the greatest Houston Astro of all time. It was announced that Altuve would be the recipient of the Sportsmanship Award (which feels 90 percent deserved, and 10 percent a middle finger to Yankee and Dodger fans):


José Altuve is known for his positive contributions both on and off the field. Since his start with the Astros in 2011, Altuve has positively impacted the city through his generosity and kindness. Altuve is involved with many organizations around town, including Kid’s Meals Inc., the Astros Foundation’s Community Leaders program, Astros Urban Youth Academy, and most recently, supported Houston non-profit Lily’s Toy Box in an effort to give back to Venezuela.

Along with his charitable contributions, Altuve is well-known for his spirit and determination on the field. Over the years, he has become a fan favorite, helping lead his team and the city to two World Series Championships. Since 2011, he has been honored as an 8x All-Star, 6x Silver Slugger Award winner, AL MVP, and ALCS MVP.

His dedication, passion, and spirit for the city and the game have earned him the 2023 Sportsmanship Award. He follows in the footsteps of Carlos Correa, J.J. Watt, Whitney Mercilus, and Justin Reid, who have all won the award previously.


Additionally, on January 25,Houston icons  Elvin Hayes, Bruyce Matthews, and Calvin Murphy will be inducted into the Houston Sports Hall of Fame, and former Astros pitcher, broadcaster, and manager Larry Dierker will receive the Lifetime Achievement Award.  Also, four other awards will be presented at the Houston Sports Awards. The nominees for those awards are the following:

Moment of the Year
Houston Astros Win the World Series for the Second Time in Franchise History
Houston Selected as a Host City for the FIFA World Cup 2026
Yordan Alvarez, Historic Postseason Homeruns
Chas McCormick's Catch, in Game 5 of the World Series

All nominees are chosen by the Selection Committee which is comprised of sportswriters and electronic sports media members who live and work in the Greater Houston area.