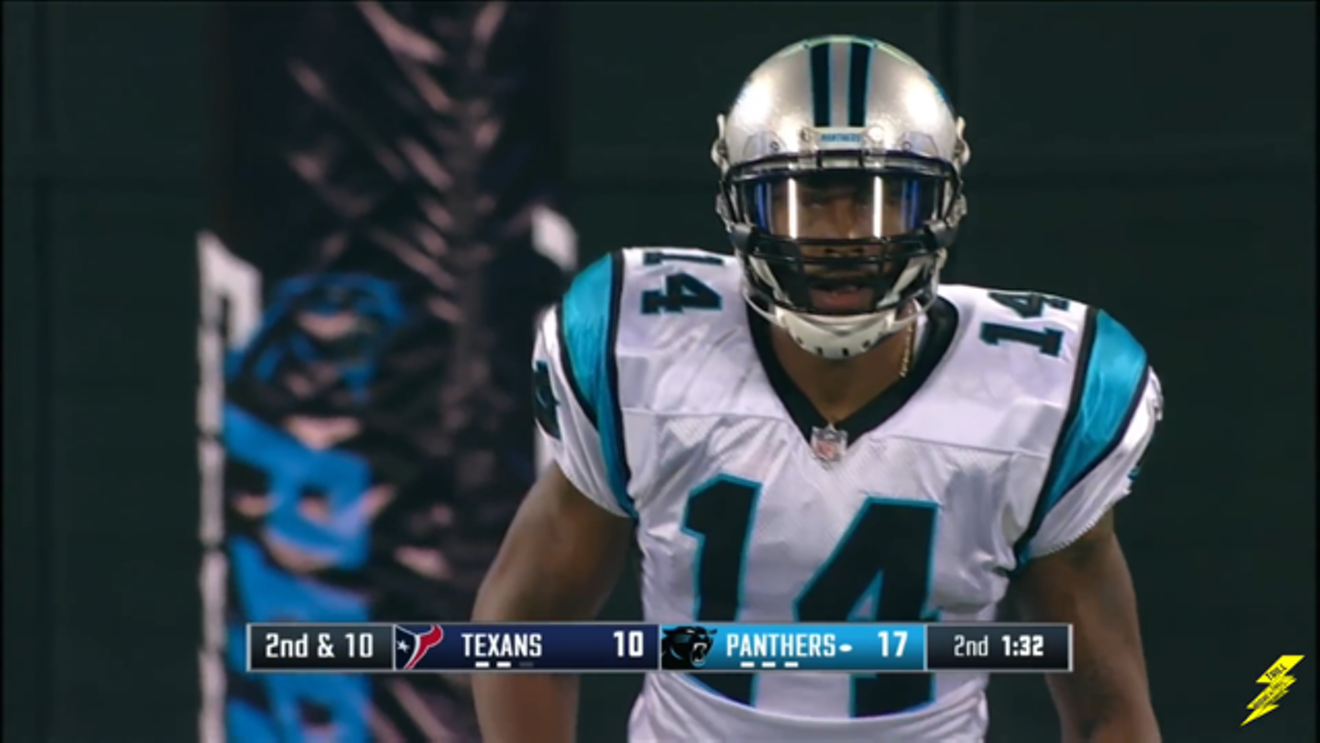 Joe Webb III is now pay of the Houston Texans' depth chart at quarterback. Screen grab from YouTube
When the Houston Texans signed Brandon Weeden as the backup quarterback last week, the general reaction was "Well, okay....", and then people went back to whatever it was that they were doing. The thought of Weeden  as Deshaun Watsons backup is generally underwhelming, a signing that has the "Hey, he KNOWS THE SYSTEM, and he's BEEN IN OUR BUILDING" vibe to it. There's nothing dynamic nor exciting about Brandon Weeden.

On Thursday, the Texans announced that they'd signed Joe Webb III, and while he will never be confused with Deshaun Watson, Webb at least has some athletic elements to his game that threaten a defense. The deal with Webb, 31, is a one year contract for just over $1 million. Texans fans, you may remember Webb from the time he personally murdered Robert Nelson's Texans' career in Week 1 of last year's preseason. Let's take a look...


So with that video digested, let's take a quick, closer look at this signing:

Webb fits the Brian Gaine mantra of versatility
While Webb is listed in the Texans' press release as a quarterback, he has been used in a multitude of ways during his eight-year NFL career, since being drafted in the sixth round of the 2010 draft out of UAB. The Vikings used him as a wide receiver during his first few years in the league, the Panthers had him returning kicks during his three year stint there, and the Bills used him on special teams in 2017, where he ranked third in special teams tackles with eight, and played 278 special teams snaps.

Webb can run more of the "Deshaun Watson" plays than Weeden
As you can see from a couple of plays in the video above, Webb does have the ability to move around in and outside of the pocket. I am one of many who have been clamoring for the Texans to employ a backup quarterback that, at the very least, allows them to continue to use some of the run-pass option and other plays that Deshaun Watson executes so successfully. Webb, who has 326 career rushing yards, fills that bill light years better than Weeden does.

This reduces the chances of the Texans drafting a QB
This signing brings the Texans' QB depth chart to four deep — Deshaun Watson, Brandon Weeden, Joe Webb III, and Taylor Heinicke. Having four quarterbacks under contract reduces the likelihood of the Texans using a draft pick on a developmental quarterback to practically a zero percent chance, in my opinion. More likely, I think they keep both Weeden and Webb as backups to Watson, with Webb's versatility being a key reason he winds up making the team. I think they learned their lesson in cutting Weeden last season that keeping three NFL-ready quarterbacks is a good idea.