Johnny Manziel Is Headed To The Canadian Football League 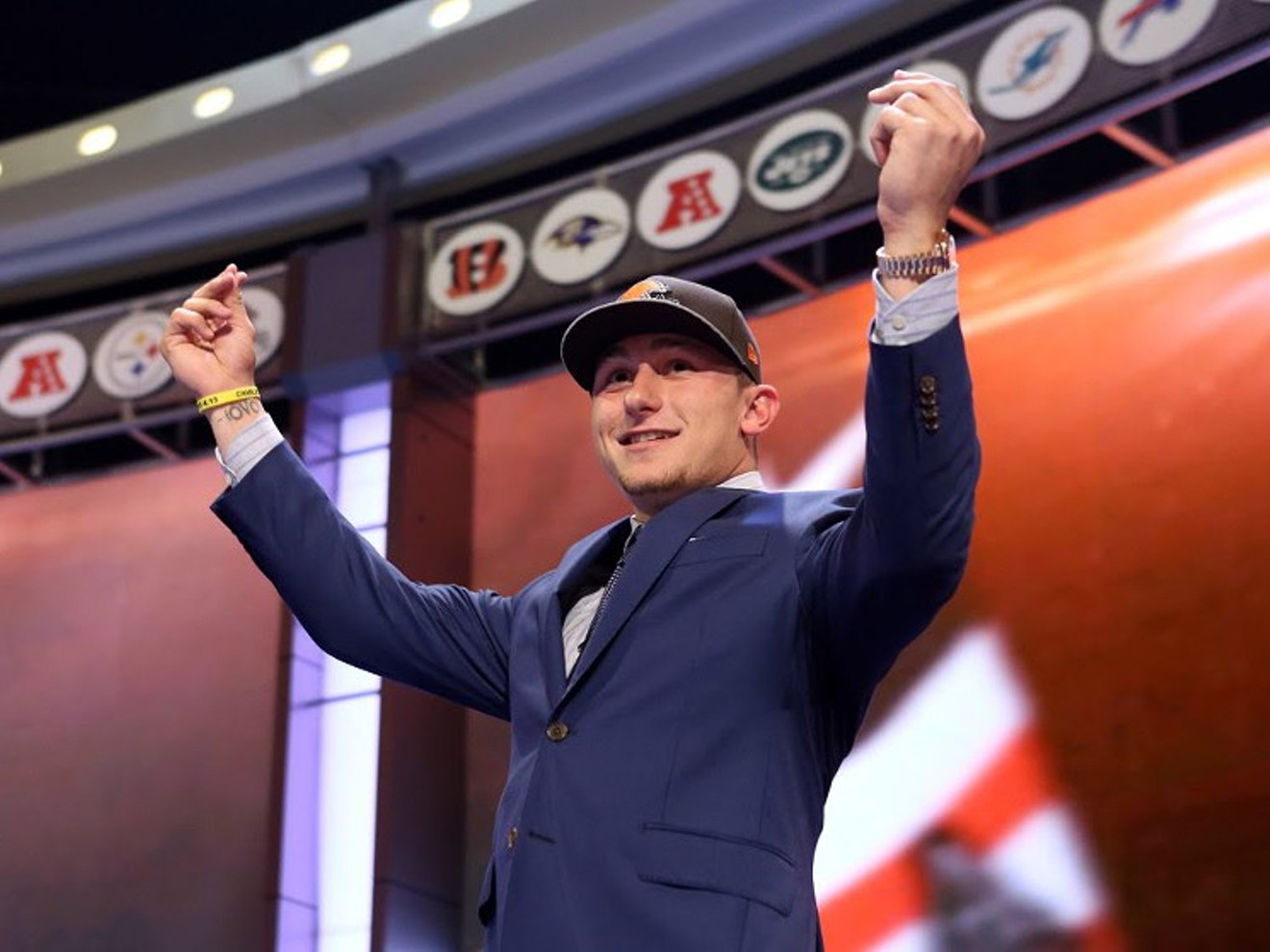 Johnny Manziel's "ComebackSZN" is headed north to the CFL. Screen grab from YouTube
A saga that, two years ago, looked like it was going to end in an obituary, is now going to be extended with a (possibly) triumphant return to a football field, albeit a field that is much larger than the one Johnny Manziel is accustomed to. As announced by Manziel himself on Twitter Saturday morning, the 2012 Heisman Trophy winner will be headed north to play in the Canadian Football League for the Hamilton Tiger-Cats and their head coach June Jones:


Made the decision today to sign my contract with the CFL and further my football career after a long break. Very grateful for everyone that’s been supporting me along the way. I believe this is the best opportunity for me moving forward and I’m eager for what the future holds.

I have four thoughts on Manziel's announcement from over the weekend:

1. Johnny Manziel got it right
Whether sober or not — ostensibly, Manziel has been sober for the better part of a year or more — the odds of Manziel's self-proclaimed "ComebackSZN" ending with an NFL contract are still long against him, in my opinion. (Conversely, nobody is rooting harder for Manziel than I am, as you might assume from reading my stuff here through the years.) However, if there is a path back to American football in the NFL for Manziel, it starts with him becoming the next Doug Flutie in Canada. It had appeared. for a while, that Manziel was resisting a trip to the CFL, but he started to come around to it in recent interviews. HIs stint up north will be at least two CFL seasons. Best case for Manziel is that he "wrecks this league" up in Canada the way he promised to do to the NFL in 2014, and an NFL team decides he is worth bringing in. One interesting wrinkle will be watching the success (or lack thereof) of the fledgling Alliance of American Football, set to debut in 2019, and by the time Johnny is done, Vince McMahon's rebooted XFL. Could those be potentially landing spots for Manziel as a showcase style player? Assuming he can still play at a reasonably decent level, Manziel's options in 2020 could be interesting.

2. I know this sounds crazy, but I love that he is doing this podcast
Conventional wisdom will say "Hey, why is Johnny taking on other projects? Shouldn't he be fully focused on football?" To that, I say, let's not generalize here, and act like he has two full time jobs. First, the podcast will likely be a weekly deal (most off this type are), and Johnny's involvement in it will, I assume, be just the hour or two where he is asked to participate in the content portion. Many NFL players have weekly radio shows during the season on their off days, and I see this as no different from a commitment standpoint. Secondly, I think the more things Manziel has going in his free, football-down time that are productive, like this podcast, that means he has less time to get into any mischief. The podcast is a good thing. (And as someone who needs 24 hours of radio content per week, I say it's a GREAT thing!)

3. How CFL-good can Manziel be?
Here is a short list of notable players who have left the NFL and gone to Canada to continue their careers:

Johnny Manziel has signed a contract to play in the Canadian Football League for the Hamilton Tiger-Cats, becoming the latest notable NFL player to jump to the CFL. pic.twitter.com/LZsFc7qMV5

All of those guys, other than Flutie, were on their last legs. Manziel will be looking to buck the trend on this list and return to the NFL. With June Jones as his head coach, he couldn't ask for a more welcoming (Jones recruited Manziel in high school, when the former was head coach at SMU), more innovative mentor to skipper his "ComebackSZN." A clear headed Manziel, along with an uber-creative Jones could be a fun watch. I'm most interested, early on, to watch Manziel adapt to the CFL's unique rules and field dimensions. Will this REALLY unlock some of the "Johnny Football" gunslinger, scrambler stuff that made him so much fun to watch in the CFL?

4. Business likely picks up huge for Hamilton
For those wondering, the Tiger-Cats regular season begins in Calgary on June 16. His first home game is June 29 against Winnipeg. As of right now, tickets are still very reasonably priced to see the "Comeback SZN" play out — Seatgeek has lower bowl tickets for under $100 for Manziel's regular season home debut. That said, that's about twice what a lower bowl ticket is going for for the defending champion Toronto Argonauts home opener. Worth noting, the Hamilton Tiger-Cats were 6-12 last season. I'll be anxious to see jersey sales numbers for Manziel, as well. If Manziel can play, this is a potentially nice, two season boost for a league that, down here in the States, is generally an afterthought.