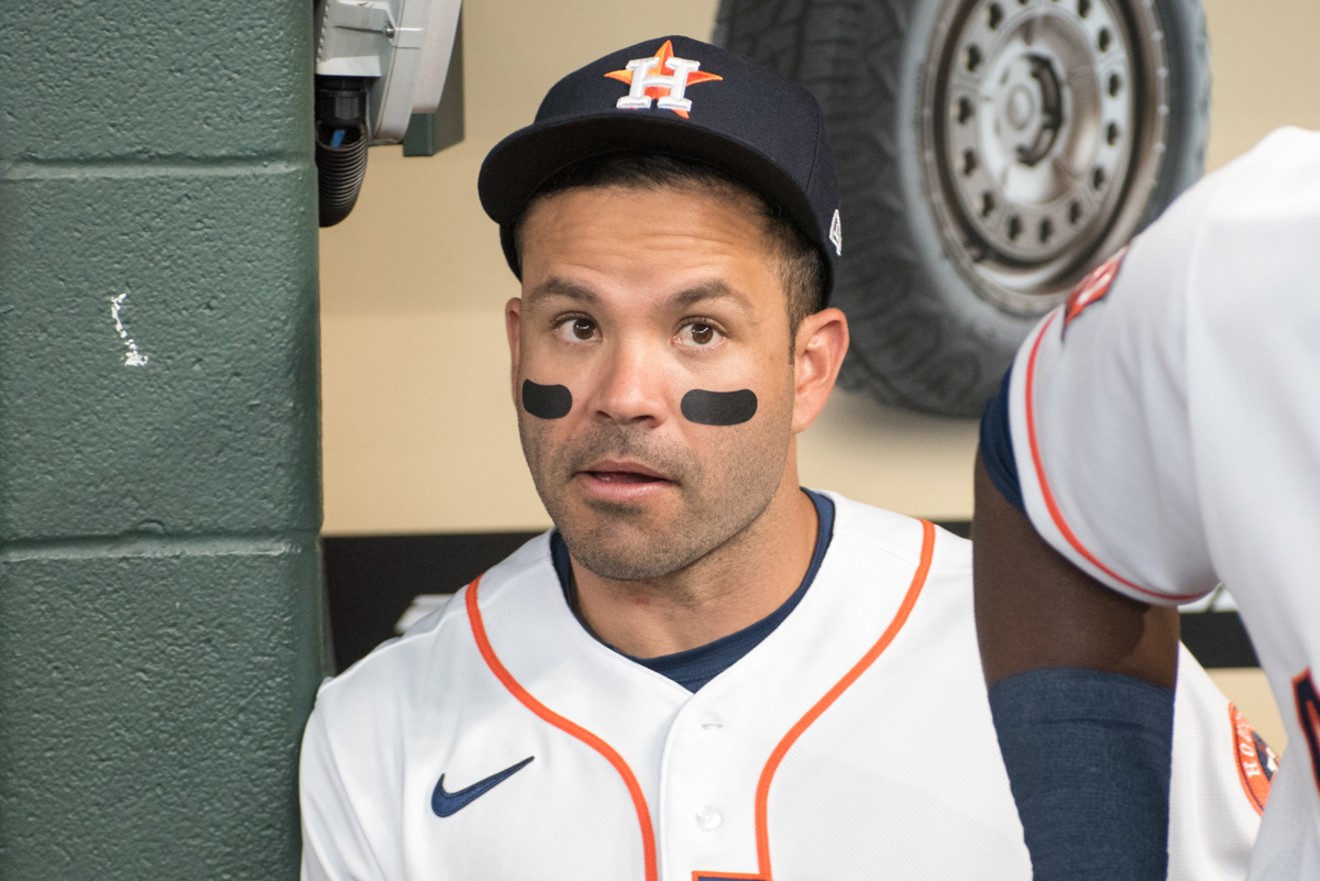 Jose Altuve and Yordan Alvarez are in line to start this summer's MLB All Star Game. Photo by Jack Gorman
We are getting closer and closer to the Major League Baseball All Star Game, and after a first report of fan voting totals from a week or so ago, which saw the Astros leading at two positions and in the hunt for several others, those numbers held up through the end of the first round of voting on June 30. So now it's onto the next round of fan voting for positional leaders, second baseman Jose Altuve and designated hitter Yordan Alvarez.

In case you're saying to yourself, "Wait, there's a runoff in MLB All Star voting? Since when did voting for All Stars turn into the equivalent of voting for a mayor?" Fair question, and just to reset, here are the rules as we roll on from this point forward:


"The top one (1) overall vote getter in each League. Those players will automatically earn starting roster spots in their designated positions for the 2022 MLB All-Star Game presented by Mastercard.

The second phase will begin at 12:00 p.m. ET on July 5, 2022, and end at 1:59 p.m. ET on July 8, 2022. Fans may select players as set forth above. High votes received and determined valid during the second phase will decide for each League the seven (7) or eight (8) remaining starting position players and, if remaining, the one (1) designated hitter spot for the 2022 MLB All-Star Game presented by Mastercard."


Altuve will battle the Blue Kays' Santiago Espinal for the starting second baseman spot, and Alvarez will battle the Angels' Shohei Ohtani. Altuve and Alvarez won their position's first round of voting by fairly substantial margins, but it is fair to wonder, especially with Altuve, if fan bases around the American League will pile on board with the non-Astro, and vote Espinal and Ohtani into the game.

As for other Astros on the ballot, the highest finisher at his respective position, outside of Altuve and Alvarez, was Jeremy Pena, who finished fourth among shortstops. Alex Bregman and Yuli Gurriel finished fifth at third base and first base, respectively, while Michael Brantley and Kyle Tucker finished ninth and tenth in the AL outfield voting.

The Yankees' Aaron Judge was the leading overall vote getter in the first wave of voting, and therefore, the outfield runoff in the American League will only have four outfielders total, for the other two vacant spots.