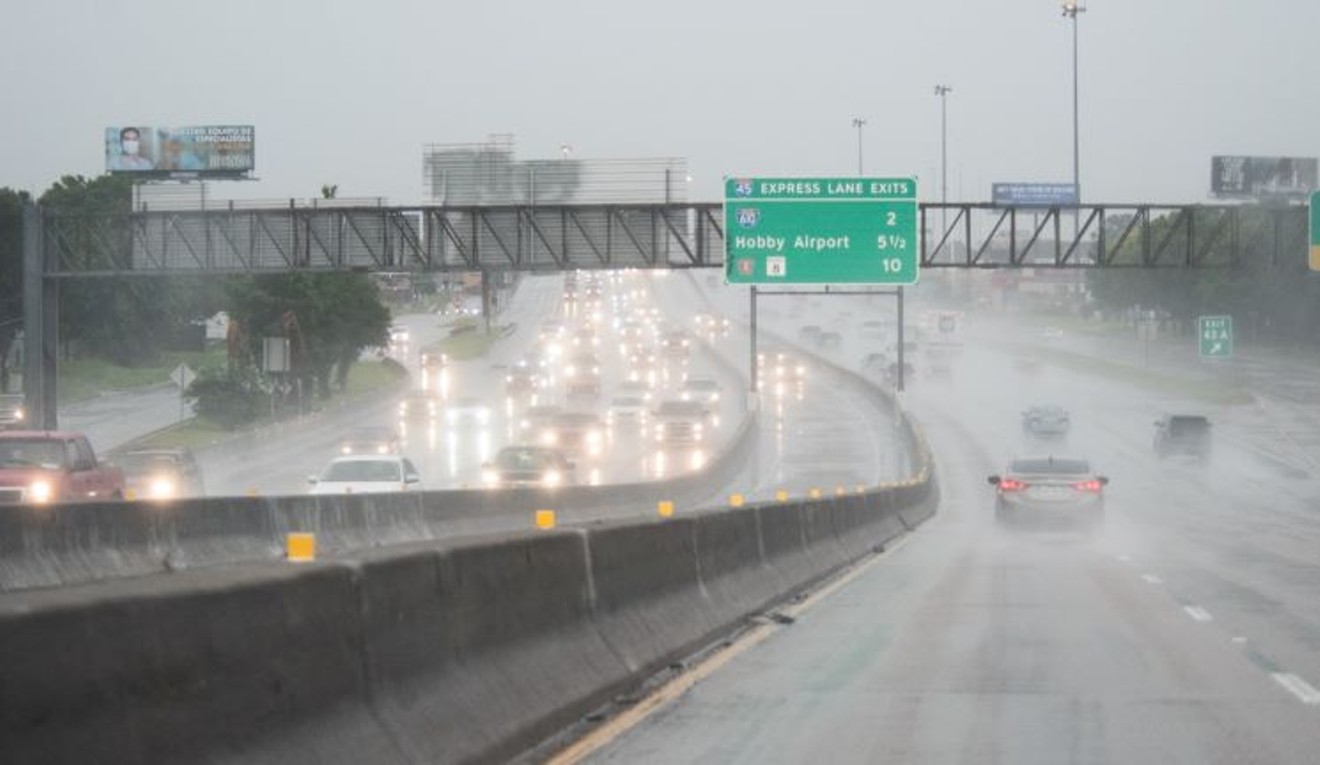 Looks like we're going to get to practice our driving-on-wet-roads skills again this week. Photo by Jack Gorman
June 1 is the official opening of hurricane season. But, the Gulf Coast doesn't need a hurricane for flooding. Just over a week ago, parts of southeast Texas and southwestern Louisiana received as much as 20 inches of rain over the course of a week, creating flash flooding and pushing area rivers, creeks and bayous to the limit, in some cases out of their banks.

This week, another round of similarly heavy rain is in the forecast for the entire region that was just drenched days ago.

According to the National Weather Service, Houston and the entire upper Texas coast should expect widespread showers and thunderstorms throughout the week and weekend. The entire region should expect 3 to 6 inches of rain with certain areas hitting 10 inches or more.

The worst appears to be Thursday through the weekend when a weak disturbance drags itself across the region pulling moisture off the Gulf of Mexico and inundating the area with rainfall. Like last week, some spots will get only modest amounts of rain while others will get quite a lot. Pinpointing those spots is essentially impossible, so best to make plans for the worst.

The good news is we can handle even 10 inches of rain over seven days. Most forecasts are calling for the rains to recede by Monday or Tuesday of next week followed by normal warm, humid Houston weather with an occasional afternoon shower.

However, if you are really looking ahead, some hurricane forecasters are suggesting we could have the ingredients for a tropical disturbance in the Gulf by the weekend of June 11. Wind shear in the Gulf will begin to subside leaving behind an area of moist, unstable are that could be ripe for storm development.

We are still way too far off to have any real skill at determining what will happen 10 to 12 days out, but most disturbances in the earliest part of hurricane season tend to develop in the Gulf. So, it bears watching. And, of course, keep in mind this is just the beginning of the season that lasts through November. Happy summer!
KEEP THE HOUSTON PRESS FREE... Since we started the Houston Press, it has been defined as the free, independent voice of Houston, and we'd like to keep it that way. With local media under siege, it's more important than ever for us to rally support behind funding our local journalism. You can help by participating in our "I Support" program, allowing us to keep offering readers access to our incisive coverage of local news, food and culture with no paywalls.
Make a one-time donation today for as little as $1.