Four Thoughts on the Departure of Justin Verlander 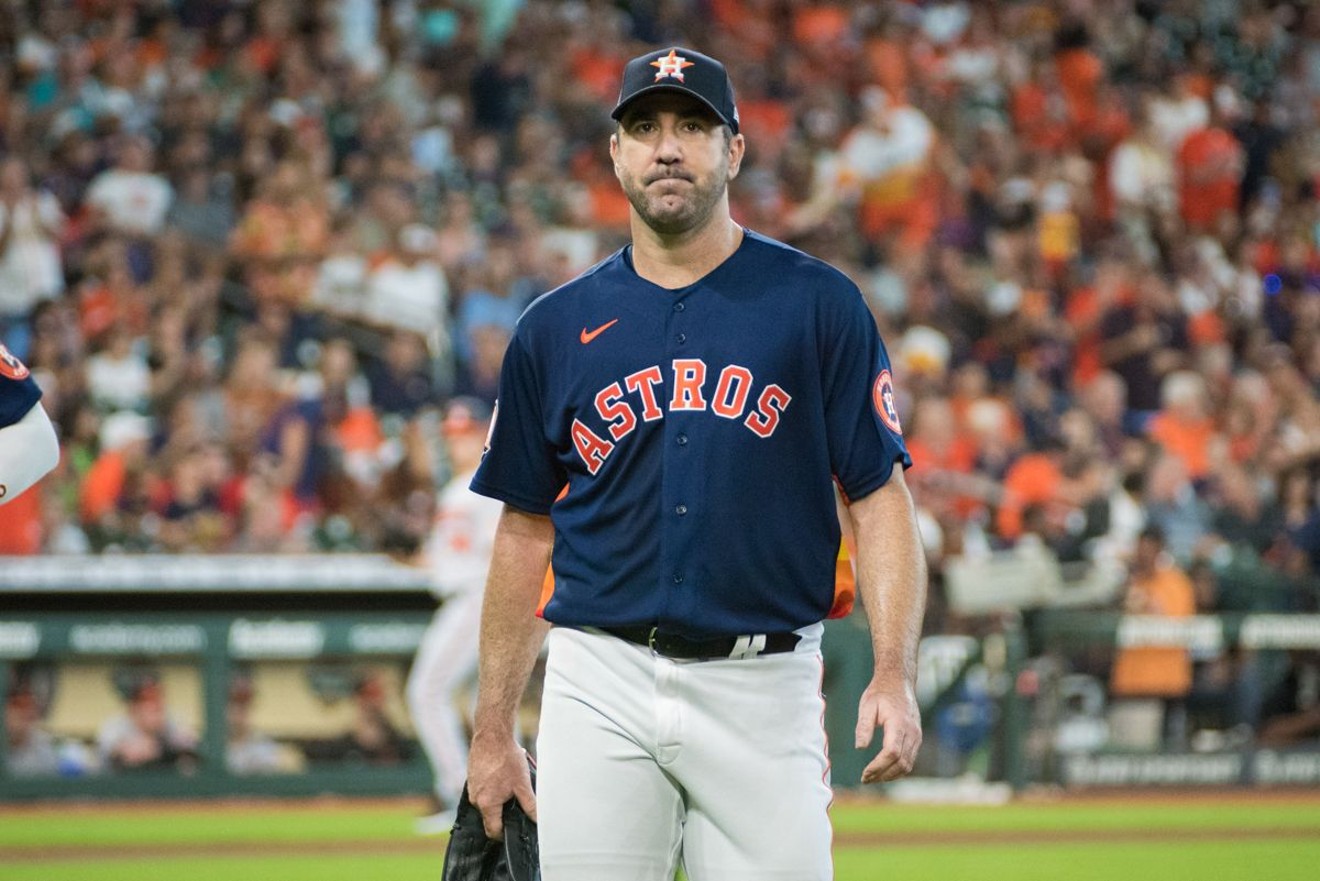 Justin Verlander's time as a Houston Astro is over. Photo by Jack Gorman
While the Houston Astros always showed up in conjecture pieces about the MLB offseason as a suitor in the mix to bring back Justin Verlander, I think deep down we all knew that this day would come, and on Monday, it did. Justin Verlander decided to continue his amazing career as a member of the New York Mets, signing a two year, $86 million deal to head to the Big Apple.

In his five-plus years as an Astro, a period where Verlander really only pitched three-plus years, because of Tommy John surgery in 2020, which forced him to miss two full seasons in 2020 and 2021, Verlander became a franchise icon, so much so that he leaves with almost universal adulation and zero animus from Astro fans.

Verlander was a great Astro. Here are a few more thoughts on the deal, Verlander himself, and where the Astros go from here:

This makes sense for both sides
Verlander's contract is at the top of market annually for any MLB player, let alone pitcher, so it's hard to begrudge a guy who is turning 40 years old this year for going and getting his bag. Good job by Verlander. However, I would also say "Good job, Astros!" If there is one area of the Astros;' roster where the cup overflows with depth and talent, it is the starting rotation. The Astros likely would have gone into the mid-$30 million range annually to keep Verlander, and emotionally that would have been very satisfying. However, it would have been an inefficient use of resources. Now, they can go get one more bat, and still have six capable MLB starting pitchers. Bottom line — the Astros remain the favorite in the American League, even sans Verlander.

The Astros' "free agent departure streak" remains alive
If indeed the Astros compete for a World Series again, and make a seventh straight ALCS, it will continue a five year streak of losing a very-good-to-Hall-of-Fame level player in free agency, and yet maintaining dominance. After 2018, the team lost All Star Charlie Morton. After 2019, they lost Cy Young runner up Gerrit Cole. After 2020, they lost All Star outfielder George Springer. After 2021, they lost Gold Glove shortstop Carlos Correa. Now, it's Verlander. And you can likely book the Astros for 100 wins and a deep playoff run. Incredible. Free Jeff Luhnow!

Justin Verlander is the greatest pitcher in Astros' history
The Astros have had some great pitchers, Hall of Fame level pitchers, during the history of the franchise. Nolan Ryan, Roger Clemens, Mike Scott, Roy Oswalt, just to name a few. While Verlander's body of work with the Astros largely consists of four postseasons (2017-2019, 2022), and three full regular seasons (2018, 2019, 2022), you can make a case he is the greatest hurler in franchise history. There are the very basic pieces of evidence — two World Series rings, an ALCS MVP in 2017, two Cy Young Awards and a Cy Young runner up — but also, go look at the Astros' statistical career pitching leaders. Verlander is first in a ton of categories, including winning percentage, ERA, strikeout to walk ratio, and WHIP (walks + hits per innings pitched). Verlander is the best to ever to do it for the Astros.

So what's this look like in 2023 for the Astros?
With all of that said, even with the loss of the AL Cy Young Award winner, the Astros will still be the favorite to win the American League, and as of the day after losing Verlander, they remain the co-favorite to win the 2023 World Series, according to the sports book at BetMGM:

So we wish Verlander all the best. Good luck, Justin! But if it's okay, we are just gonna go ahead and plan that World Series parade next November. Again.