What's The Sales Pitch To Kirk Cousins From Each Of His Four Finalists? 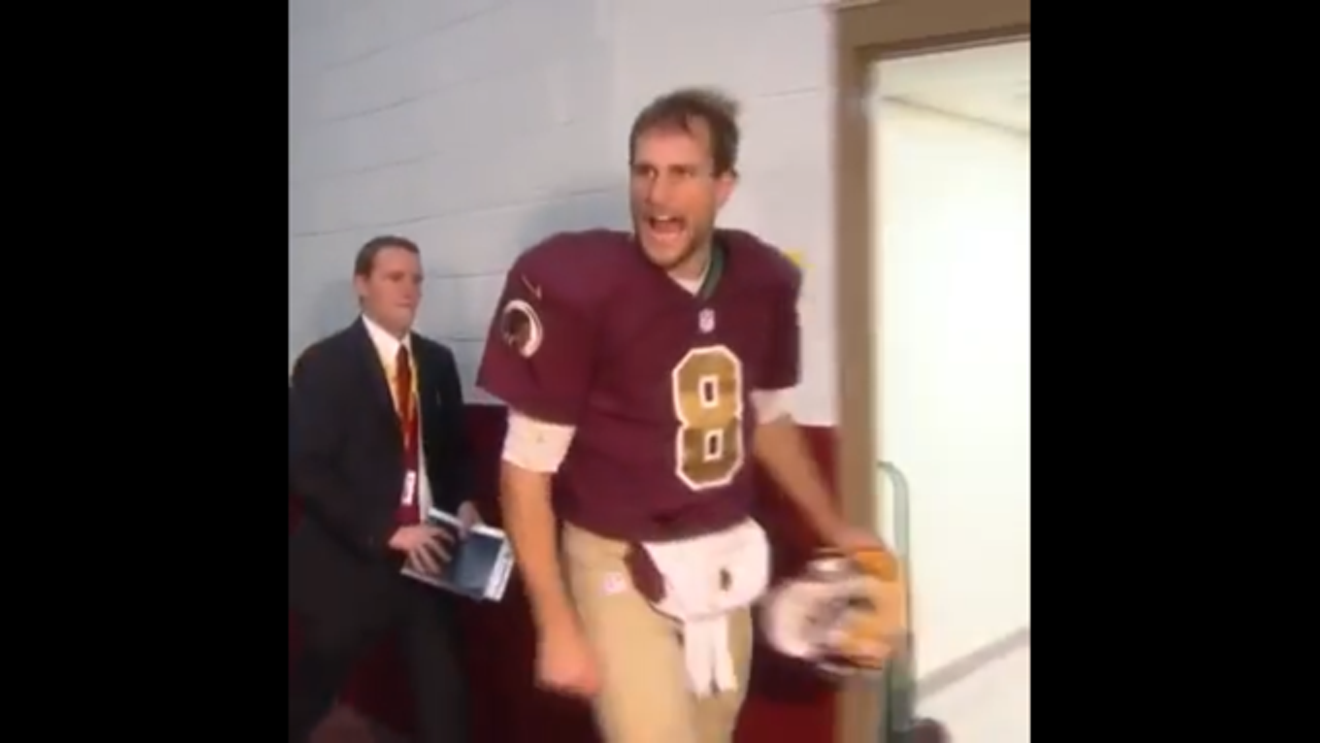 Screen grab from YouTube
Over the last several years, the NFL quarterback contract market has been one of the more easily dissected and controlled ecosystems in all of sports. Quite simply, when someone fitting the category of "franchise quarterback," quantified largely subjectively by "you know it when you see it," got to contract extension time, the modus operandi for NFL teams inking said franchise QB to a long term deal has been to just take the current highest paid QB contract and add a few hundred thousand on top of it.

As a result, rare is the time that the actual best quarterback is also the highest paid. Joe Flacco, Andrew Luck, Derek Carr, and Matt Stafford have all taken turns as the highest paid. The highest paid player/quarterback right now, in fact, is San Francisco's Jimmy Garoppolo, who's started a grand total of seven games in four seasons.

As counterintuitive and fiscally odd as that all sounds, we are now truly at the nexus of the bizarro contract universe, as the player who now has the potential to blow the lid off of the quarterback contract matrix is none other than Kirk Cousins, who, in three seasons as a starter in Washington, never won more than nine games in a season, and whom the Redskins essentially told "See ya" by trading for Alex Smith.

Yes, the guy who is about to shatter the glass ceiling was essentially rejected in favor of Alex Smith, who by any measurement, is like the 12th best quarterback in football, at best. How did Cousins find himself in this spot? Well, he played it out under two one year franchise tag deals in Washington the last couple seasons, and now, unlike every "highest paid" predecessor before him, is the target of a four team bidding war.

See, all of those other QB's who took the "highest paid" mantle signed extensions with their existing teams. They never hit the open market. Cousins is a true unrestricted free agent. Supply (very few franchise QB's) and demand (uber high) will take hold and dictate Cousins' income these next several seasons, and the numbers could be huge, especially if more than one of these teams starts to feel desperate. All of this, for a guy who is probably between 12th and 15th, in terms of quality, among starting quarterbacks.

(NOTE: How nice is it, Texan fan, to not have to be part of these discussions and speculation? God bless, Deshaun Watson.)

Reportedly, Cousins is down to four finalists — Arizona, Denver, Minnesota, and the New York Jets. Let's speculate on the sales pitch for each of the four:

Sales Pitch: "Hey Kirk, look at the weapons you're going to have here — David Johnson is coming back from injury and you'll have a Hall of Fame receiver in Larry Fitzgerald. Also, did you know that it never snows here in Phoenix? Like never. You can play golf year round! Also, we have a shopping area in Scottsdale that has In N Out Burger AND Whataburger, like the battleground for the Great Burger War!"

Mitigating Factor: Sign here, and you're dealing with Russell Wilson, Jimmy Garoppolo, and Jared Goff for the remainder of your career.
Odds: +300

Sales Pitch: "Hey Kirk, this is John Elway... I don't know if you know this, but when I call quarterbacks and ask them to become part of my franchise, they're supposed to just roll over and kiss my ring. So, Kirk.... roll over, please. Oh also, it's sunny 320 days out of the year in Denver, and if you love weed.... well, you know."

Mitigating Factor: John Elway has been somewhat exposed, after a really horrible job of roster building since the Super Bowl season in 2015
Odds: +125

Sales Pitch: "Hey Kirk, did you happen to notice that we almost made it to the Super Bowl with Case Keenum as our quarterback? Imagine what we could do with you at quarterback! Did any of those other three teams you're looking at even make the playoffs? .... Yeah, I thought so. Is this best place for you? YAH, YOU BETCHA!!"

Mitigating Factor: The weather in Minneapolis is frigid, depressing, and somewhere on the cusp of death. I picked up a sinus infection in Minneapolis a month ago that I am still dealing with. Yeah, I know they play indoors, who cares?
Odds: +125

Mitigating Factor: When you fail as a franchise quarterback in the NFL, it's not fun. When you fail in New York, not only is it not fun, but you can barely show your face in public. The pressure cooker in New York is amped up. Also, have fun dealing with the Patriots.
Odds: +200